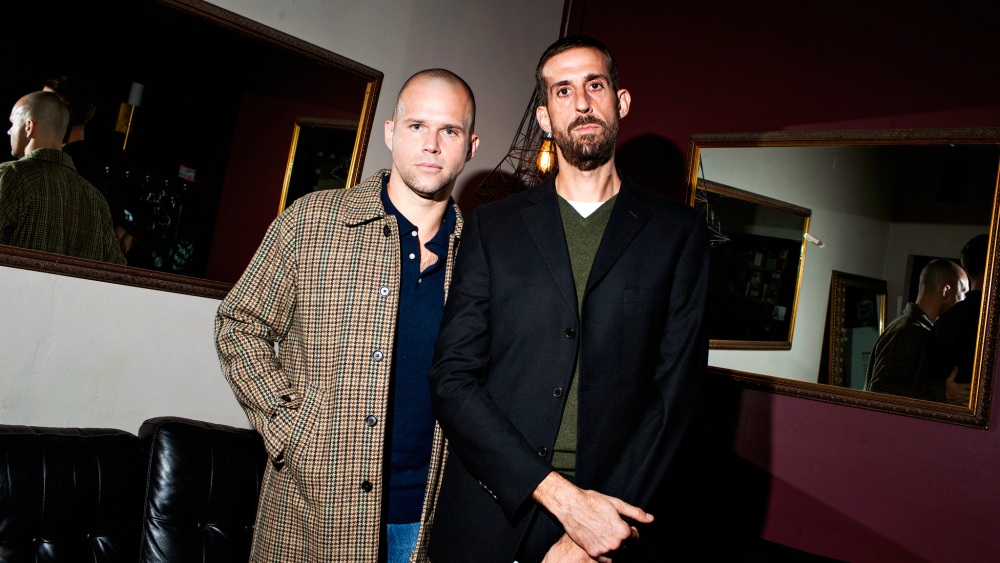 Chris Black may have opted to leave his newly acquired leather pants at home, but otherwise there wasn’t much about the green room in Bowery Ballroom to give away that this was not a rock concert but, in fact, a live podcast show.

The above won’t surprise any one of the thousands of listeners to “How Long Gone,” who have flocked to the podcast for the past two-plus years to listen to longtime friends Jason Stewart and Chris Black swap hot takes on pop culture, music, fashion and their bicoastal lifestyles with the fun and ease that only old friends can have.

Started back in 2020 as a joke during the pandemic doldrums, the self-described podcast for bicoastal elites “How Long Gone” has stood the test of time. The show continues to drop new episodes three times a week, one with just Stewart and Black and two featuring guests, which range from their circle of media friends to musicians like The 1975, Orville Peck and Phoenix, comedian Cat Cohen and actors B.K. Novak and Lee Pace. In 2021, Black and Stewart decided to take the show on the road and embarked on a tour, playing Bowery Ballroom almost a year ago to the day.

“The difference is we know we can sell it out, so we did it again,” Black says.

“You always remember your first, even if it isn’t perfect,” Stewart says. “This was the biggest show that we had done on the last tour. So it was kind of scary, like, ‘Are we going to be able to fill up this legendary Manhattan venue?’ And it was so much better than we expected it to be. So it’s almost like I’m chasing that dragon a little bit.”

The 2022 tour is just four shows, two in Los Angeles, California, and two in New York. The L.A. shows feature comedians Joe Mande and John Early, while New York’s guests are Alison Roman, at Bowery Ballroom, and Hari Nef, who will join them onstage Friday at the Music Hall of Williamsburg.

The Bowery Ballroom show will have Roman join them for a live chat before embarking on a blind taste test of items like tahini, caper leaf and an egg yolk omelet (a reference to the James Corden/Keith McNally debacle of late).

As Stewart and Black are getting in the zone around 7:45 Friday evening, friends proceed to pop in one by one, as the Casamigos gets poured and the American Spirits come out. Naomi Fry of The New Yorker comes in, as does Jeremiah Stone, chef at Wildair, who arrived with the blind taste test goods in a Margiela shopping bag.

“For the live show, it’s the same goal as the podcast, where we want to deliver an hour of entertainment: no lulls, no dumb bulls–t, just everyone has a great time and an hour goes by and you didn’t even realize it,” Stewart says. “And then you can take photos with us and buy a T-shirt.”