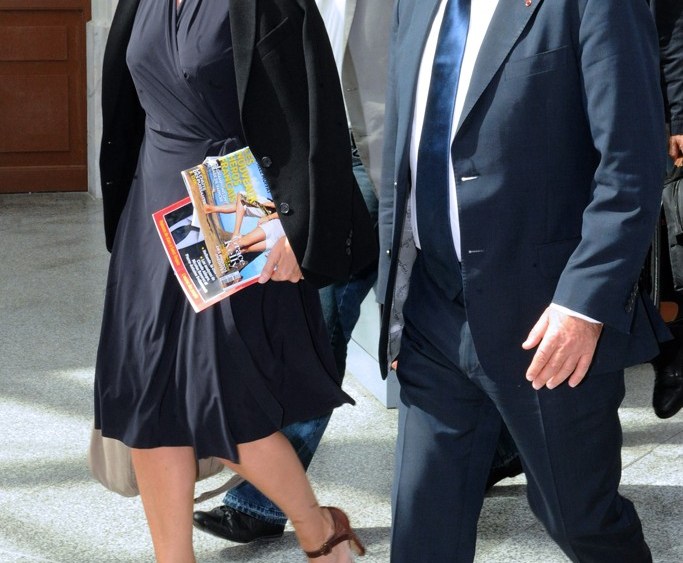 French President François Hollande was lauded for tapping 17 women ministers for his government, as many as there are men. Among the most striking for their style and attitude are Aurélie Filippetti, minister of culture; the 34-year-old, Moroccan-born Najat Vallaud-Belkacem, minister of women’s rights and government spokeswoman, and Fleur Pellerin, minister for small- and medium-sized enterprises, innovation and the digital economy. South Korean-born Pellerin struck a pose in an Alexandre Vauthier dress for a recent issue of French Elle.

Similar to Valerie Trierweiler, Hollande’s companion, these politicians have a strong sense of style that is down-to-earth and classic. “They have a pragmatic elegance suited to a campaign-trail lifestyle,” commented Christophe Girard, head of fashion strategy at LVMH Moët Hennessy Louis Vuitton.

Mostly in their 30s, these women are also roughly 20 years younger than the average French member of parliament. Elegant, fit and feminine, they are adding some glamour to the French political landscape — sometimes too much so.

Wearing a blue-and-white flowered dress by U.K. mail-order clothing company Boden (a shirt dress named Riviera priced on the French version of the Web site at 119 euros, or $146.57 at current exchange rates, currently discounted at 59.50 euros, or $73.29 dollars), Cécile Duflot, minister of territorial equality and housing, had to endure whistles from male deputies last month as she walked down steps to stand in front of the National Assembly. Girard cried foul, deeming the episode sexist and macho. “Would men endure boos when wearing quirky socks?” he asked.

The high heels worn by Yamina Benguigui, a politician, and the critical length of the dress worn by Pellerin (which went above her knees when she walked the steps of the Elysée Palace in late June), also created a buzz. In July, one top journalist asked Pellerin if she got the job because she is a beautiful woman from a minority background. The question drew ire on Twitter.

“It is very complicated to be a woman in politics. If you dress up, everyone makes a comment. If you don’t, it is even worse,” lamented Amor Ouni, whose responsibilities include advising Trierweiler on her wardrobe. “‘Normal chic’ is what I try to achieve in terms of looks for her.”

It’s a change in style. In the previous administration, former first lady Carla Bruni-Sarkozy and minister Rachida Dati often sported Christian Dior. While the prior regime of right-winger Nicolas Sarkozy was heavy on bling, the left is keen to telegraph “normality” and discretion. Still, in Girard’s view, “it is essential that the women ministers wear French fashion.”

In that regard, American First Lady Michelle Obama has set an example, propelling the profiles of young American designers and helping the industry. French female ministers certainly take a cue from her.

“On official trips, I will be a coat hanger. I will help small companies and designers,” Pellerin asserted in her French Elle feature.

Here, a rundown of some of the government’s new leading ladies.

Backstory: A novelist and daughter of a Lorraine miner. Girard describes her as “sensitive, smart and combative.”

Style: Simple, chic dresses from contemporary brands, which the stylist Ouni summed up as “a very Parisian look.”

Portfolio: Small- and medium-sized enterprises, innovation and the digital economy.

Backstory: She was abandoned on the streets of Seoul, sent to an orphanage and adopted later by a French family.

Claim to fame: She became a star in her home country after being appointed to government. She claims to have been addicted to video games, especially Tetris. Given her functions, she has already been dubbed “geek minister.”

Age: 34, the mother of three-year-old twins.

Backstory: Born in Morocco, Vallaud-Belkacem is second in a family of seven children. In 1982, she rejoined her father, a building worker, in the suburbs of Amiens in the north of France, where she grew up.

Piled on her desk: A new law against sexual harassment.

Style: Tailored suits from high-street brands and sometimes an old-school, preppy-ish look with collars over the sweater.