From $28 Casuarina tree-scented hand cream to a $420 laptop tote, the products are both accessible and aspirational. 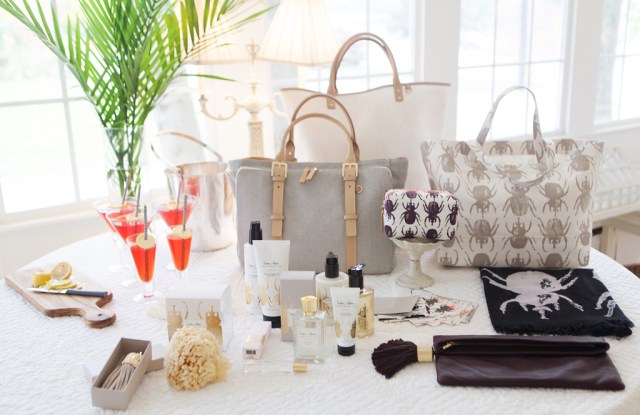 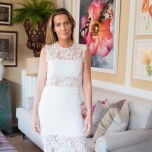 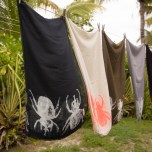 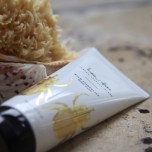 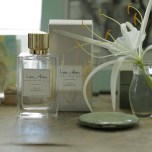 India Hicks, the island-dwelling aristocrat who built a licensing empire on her Bahamas-meets-Britain lifestyle, is launching a new collection and a new company, India Hicks London-Harbour Island. With Los Angeles-based partners Konstantin Glasmacher, cofounder of HauteLook and Sole Society, and Nicholas Keuper, a former senior partner at Boston Consulting Group, Hicks is entering the e-commerce and direct sales arena with a bath and body, accessories and jewelry range.

From $28 Casuarina tree-scented hand cream to a $420 laptop tote, the products are both accessible and aspirational. “I’m not going for the luxury market. Obviously we want a well-crafted product but it has to be an accessible price point,” says Hicks, who was in Los Angeles recently to celebrate her third book, “Island Style,” at Nathan Turner’s Melrose Avenue shop.

Having inherited the design gene from her late father, interior designer David Hicks, she has created India Hicks Island Living collections for Crabtree & Evelyn and HSN as well as a fine jewelry line launched in Bloomingdale’s. “I’ve had a healthy career in licensing, which is a very comfortable arrangement because there’s no risk to you, but you are controlled by others ultimately. I wanted more ownership over my brand but it does take guts because it’s a huge risk. I posted on my Instagram a picture of me jumping out of an airplane and said, ‘This is exactly how I feel right now.’ We’ll see if I need a parachute or not,” Hicks says.

Keuper, the company’s chief executive officer, sees more opportunity than risk. “We thought the brand she had developed was a hidden gem. She’s not a household name, but to her followers, she’s extremely authentic and relevant.”

Hicks is her own best sales tool, both approachable and regal (she is goddaughter and second cousin to the Prince of Wales and her mother, Lady Pamela Hicks, is a daughter of the Earl Mountbatten of Burma). Striding into the SLS Hotel in a white silk blouse and jeans accessorized with pieces from her collection, she’s trailed by her 11-year-old skateboard-toting son Conrad. “He’s going for surf lessons while I have meetings,” she says. “It’s hard to spend one-on-one time with each of my children so I take them with me on the road.”

She isn’t above taking Uber or flying thousands of miles to meet complete strangers. Online, she connected with mommy blogger Heather B. Armstrong, who is throwing her a party at her home in Salt Lake City this month. “The Internet can be quite disgusting, like, why are we all talking out loud, but it’s also very powerful. I have followed this blog for years and I was so excited to see that she was following me. She has, like, a million followers,” Hicks says.

The former model, 47, was taken with the idea of creating a network of women to sell her products in their homes and online. She’s currently traversing the country recruiting “style ambassadors” and has already hit Seattle, Chicago, Minneapolis, New York, Los Angeles, Charleston, S.C., and Tampa, Winter Park and Key Biscayne, Fla. The women will sell product via live and virtual get-togethers, as well as customized microsites that enable customers to make e-commerce purchases credited to their style ambassador. “I’m keen to create a community for women who want to get back into the workforce but don’t know how and want to do it on their own terms,” Hicks says. “We are eight weeks old and we have 100 women signed up. I’d never be in 100 retail stores after eight weeks.”

Adds Keuper, “In retail, she would have been crowded out. We wanted a direct model where she could talk to women.”

Hicks believes the product wouldn’t have the same resonance in traditional channels. “If I was in Neiman Marcus or Bergdorf Goodman sitting cold on the shelf, the stories would lie flat. Each of my products has a story behind it, whether it’s the Duchess of Windsor tote or the Carmen clutch, which was named after my mother’s godmother who ran off with a bullfighter,” explains Hicks.

The bath and body range includes two fragrances, English Rose and Wild Spiderlily, that come in eau de parfum, rollerball pen, body lotion and body wash, plus hand cream, lotion and hand wash scented with island botanicals. There are also canvas totes, leather clutches, beetle-print scarves and charms shaped like English pound coins. A full range of jewelry will launch in August. “It’s my past life mixed with this island story,” says Hicks between bites of croissant and handfuls of granola. “I should have had a very traditional life in England, probably married to a duke and doing something sensible. I’m unmarried [to partner David Flint Wood] living on an island with five children, and that’s part of my message about being individual.”