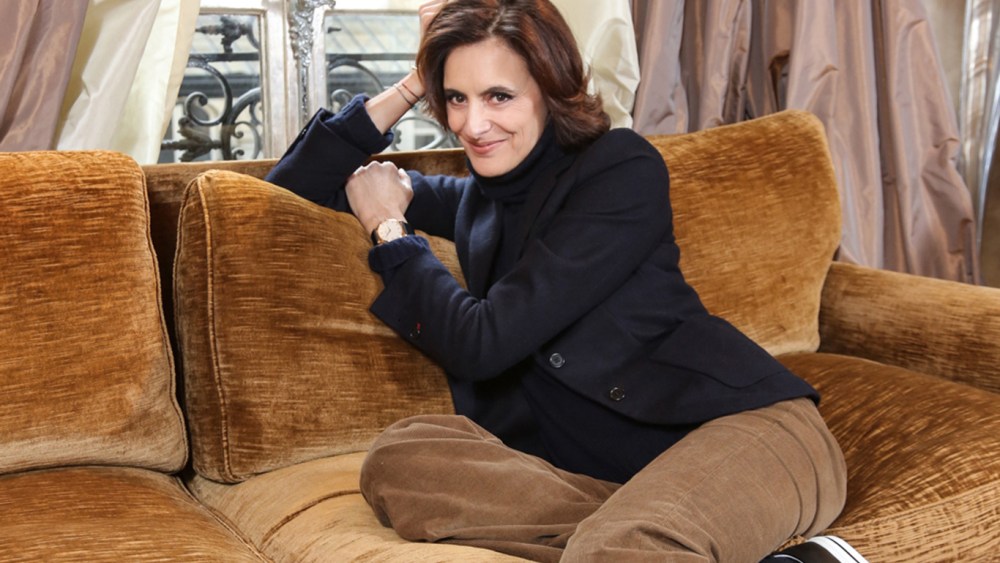 Paris is rebounding with a little help from Inès de la Fressange.

She’s releasing  “Parisian Chic City Guide” — co-written with Sophie Gachet and out from Flammarion in February —  a treasure trove of the French tastemaker’s favorites spots in Paris, for shopping, eating, and more.

“Nothing beats having a friend in town to show you around,” de la Fressange said of the book, a follow-up to her popular style guide, “Parisian Chic,” released in 2011.

The chic directory is just one ball in de la Fressange’s occupational juggle. The Roger Vivier and L’Oréal brand ambassador continues her clothing collaboration with Japanese retail giant Uniqlo with the fifth lineup going on sale in January. Meanwhile, she continues to add items to her namesake line and boutique, the latter features everything ranging from ready-to-wear to pencil sharpeners and olive oil. (Yes, she shamelessly featured her boutique in the book.)

“It annoys me to think that some tourists only go to the Champs-Elysées and Rue de Rivoli,” she said.

Instead, she favors off-the-radar locales; some found in the cool neighborhoods of the Right Bank such as the 11st arrondissement that was targeted by the terrorists attacks.

“Paris events were tragic. We were all shocked and in a state of lethargy for two weeks,” she said. “But seen from abroad, it looks worse: as if Paris was entirely a no-go zone. Terrorism is everywhere; even in Switzerland. We have to give people the desire to come back to Paris. Life goes on.”

The staples are included too, such as Le Café de Flore and Les Parigots, an old-timey Paris bistro with red-and-white checked napkins. “I have nothing against clichés. I love the Paris of Amélie Poulain,” she said referring to the “Amélie” heroine.

Before jetting off to Stockholm for a respite, de la Fressange sat down with WWD to point out some of her favorite spots featured in the guide:

Apriati
“I discovered the brand in Athens. They have a boutique on Place de la Croix-Rouge. Now, they have another one on Rue Saint Honoré, facing Colette, both of them have plenty of drawers. They have rings in blackened gold with diamonds, very chic; it’s the opposite of bling. I am collector, especially of their bracelets. But since I have only two arms, I’ll have to stop at some point. The clasps are very pretty. I have this gold whistle too. It actually works. ”
310, Rue Saint Honoré, 75001 Tel.: +33-1- 42-60-10-10

Centre Commercial
“The Rue de Marseille is very ‘French hipster.’ Men will find an array of options like woolen beanies, pea jackets, Howlin sweaters, leather saddlebags and Church’s shoes. I find gifts there for my stepsons, my man and my daughters. There are cool styles for women and an area for kids. I like FrenchTrotters [concept store] as well: they have a good assortment, including Isabel Marant.”
2, rue de Marseille, 75010 Tel.: +33-1-42-02-26-08

Stouls
“I was very proud [when] one day, I was meeting with a fashion editor and before saying hello, she said ‘Where are these pants from?’ She didn’t know Stouls. I bought suede pants in beige and brown, with bell-bottom legs, a very Seventies’ style; except that in the Seventies, they had seams under the knees. These ones are seamless and you can just drop them in washing machine. They come back spick and span. Rumor has it Karl Lagerfeld also shops there.”
30, Rue du Mont-Thabor, 75001 Tel.: +33-1-42-60-29-97

Le Bon Saint Pourçain
“It’s a restaurant I have loved for a long time: It was a true French bistro in the lovely Rue Servandoni. The place had the vibe of an Richard Avedon’s photograph of the Fifties. When the owner told me he wanted to sell, I spontaneously said I wanted to buy it. An hour later, I realized it was a silly idea and one needs to do what we’re best at. In the meantime, the rumor has spread that I was to change lives and become a restaurateur. I was thrilled when I learned that the young people behind the great Racines restaurant were to buy it. They repainted it, cleaned it up but kept its caché. It’s like when a good friend gets married: It’s more pleasant if you like the bride.”
10, Bis Rue Servandoni, 75006 Tel.: +33-1-42-01-78-24