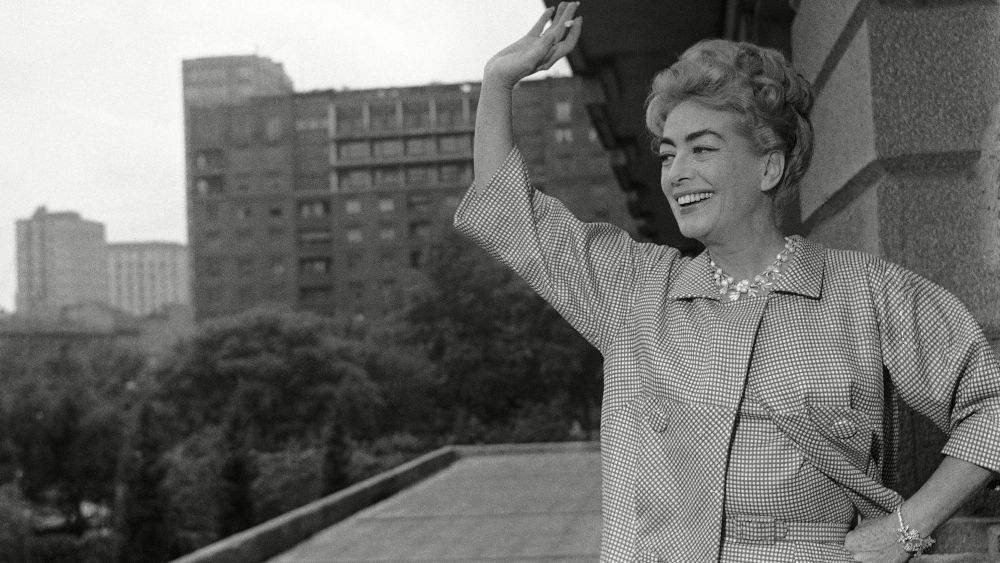 “I’ll stop worrying about how I look when they dip me in formaldehyde,” hisses Jessica Lange as an aging Joan Crawford in the finale of “Feud,” airing this Sunday on FX.

Chronicling the real-life catfight between screen legends Crawford and Bette Davis, the Ryan Murphy-created anthology series depicts the two stars in the Sixties as their illustrious careers began fading in tandem with their youthful good looks. But the “Whatever Happened to Baby Jane” actresses are arguably hotter now than at any point in the nearly 40 years since Crawford’s lonely death at (approximately) 73 years old — after all, a lady never reveals her true age.

“If the waiters [at an event] were rattling dishes she would stop speaking until there was total attention focused on her,” explains interior designer Carleton Varney of his former client and friend. Reminiscing about Crawford from his Technicolor office in New York City as president of Dorothy Draper & Co., Varney recalls decorating the actress’ Manhattan apartments in the years following “Baby Jane.”

“She had one long wall of wardrobe,” describes the jovial designer, who is wearing a devil-may-care purple neckerchief. “Mamacita — Joan’s maid for many years — had the shelves numbered top to bottom: the hat, the gloves, the coats, the suits, the handbags and shoes were all numbered by complete outfits. It went from white to cream to soft yellow to deeper yellow to pink and so on.”

A notorious germophobe, the former Lucille LeSueur covered all of her midcentury Billy Haines sofas and chairs in fitted plastic, as seen on “Feud,” but furniture prophylactics were not Crawford’s only domestic demands. “One of the insistences was that I take all of the bathtubs out because Joan never liked to soak in her own dirt so she’d always have showers,” recalls Varney. “The floors were always polished every single day and if she were to bring in fresh roses — she loved fresh roses — she always had a towel put underneath.”

After her fourth and final husband, Pepsi-Cola chief executive officer Alfred Steele, died in 1959, Crawford remained on the board of directors and when traveling on behalf of the soft drinks giant required hotels to adhere to her exacting specific rider. “She and Mamacita would prepare the list,” says Varney. “Number one: All the floors and carpets should be covered with white sheeting because Joan didn’t like dirt. Her bed had to have so many pillows on the front and so many on the back; there would be one bottle of iced Champagne at the bedside, and she required so many boxes of Sano cigarettes.”

The diminutive diva was also speed-averse, explains Varney: “’When the driver picks Ms. Crawford up at the airport, he must not drive more than 35 miles-per-hour.’ The one thing that she said is the driver must not turn around and say, ‘Ms. Crawford I just love your movies and you’re such a star,’ because Ms. Crawford knows fully well that she is a star and needn’t be told it by another person.”

Maintaining her megawatt public persona, the former showgirl eschewed home decor that was overly decadent later in life and kept very few personal mementos save for a framed portrait of pal Barbara Stanwyck and an onyx clock gifted to her by Douglas Fairbanks Sr. “She loved having a pink bedroom because she thought that increased a man’s masculinity as opposed to not,” continues Varney. “She thought [men] loved pink bedrooms.”

But for the star, the bedroom was admittedly one of the most actively used rooms in her home. “The first meeting I ever had with her, she was at a makeup table putting her eyebrows on with a toothbrush,” says artist and designer Michael Vollbracht, who befriended Crawford later in life and escorted her to what would be her final public appearance. “She turned to me — a complete stranger — and said, ‘You know I made it on my back.’”

While Crawford’s visage and sex appeal helped land her roles early on, into the Sixties the actress, struggling with the inevitability of age, sought comfort in drink. “She’d often come to dinner and bring her own flask of 100-proof vodka, but I never saw her sloppy, ever,” says Varney of visits the star had with his wife and children. “I had a cook at the time and she’d always want to go in the kitchen and help them clean up.”

After a series of unflattering images were taken as she left a 1974 party at the Rainbow Room, Crawford was never again seen in public. In the seclusion of her New York apartment, she bided time watching her old films on television and fastidiously answering fan mail. “Someone would write, ‘Joan Crawford you’re a piece of s—t’ and she’d respond with, ‘Thank you for your glorious letter.’ She learned that her fan base [was] the most important people to appeal to,” adds Vollbracht.

Despite trading mink stoles and strapped heels for polyester dusters and flip-flops, it’s undeniable that Crawford was a survivor at all costs. With a tear in his eye, Varney leans in and intimates the most poignant lesson learned from his famous friend many years ago: “With those great big eyes she said, ‘Come here, Carleton. You remember one thing: I invented me and you can do the same.’”