A crew member describes the royal's days aboard a yacht in the Mediterranean just before her tragic death on August 31, 1997. 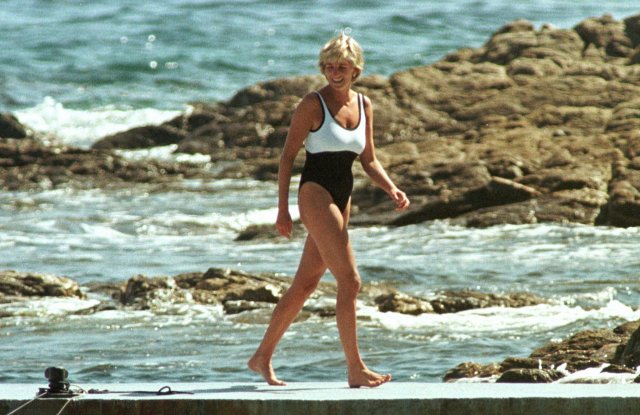 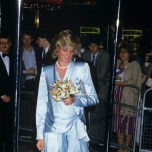 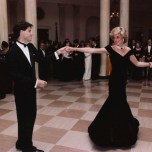 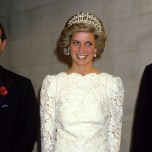 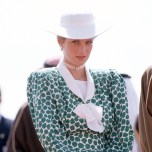 By the summer of 1997, Princess Diana was embracing a new phase of her life. In the wake of her divorce from Prince Charles the previous year, the 36-year-old royal began the season by selling off 79 gowns from her famed wardrobe with a high-profile auction at Christie’s in Manhattan, with the proceeds benefiting several charities important to her, including the AIDS Crisis Trust. That moment of transition illustrated a metamorphosis from “Shy Di” of the Eighties to that of a self-assured woman embracing an identity outside The Firm.

Comfort level aside, Diana was acutely aware of her star power throughout her public life. The princess used her world-famous image for photo ops both championing philanthropic causes and tacitly addressing personal matters (think: the little black “Revenge” dress by Christina Stambolian she wore at the moment the Prince of Wales publicly admitted marital infidelity with Camilla Parker Bowles). By July of her last summer, Diana was dating Egyptian playboy Dodi Al Fayed — son of Harrods’ then-owner, the controversial Mohamed Al Fayed — causing tabloid photographers to swarm the couple at every opportunity, including a seaside holiday in St. Tropez with her young sons, Princes William and Harry.

A summer of charitable visits to places like Bosnia and Angola in support of land mine victims and New York City to meet with Mother Teresa was punctuated by leisurely weeks in the Mediterranean Sea with Al Fayed. All of that came to a tragic end on August 31 when the couple’s chauffeur-driven Mercedes fatally collided with a pillar in a Parisian tunnel while being chased by a swarm of paparazzi.

In the weeks leading up to the tragedy, Diana enjoyed days of rare seclusion aboard Mohamed Al-Fayed’s 200-foot yacht, Jonikal. Joined only by staff members, Diana and Dodi cruised through the Mediterranean along the Italian Riviera undetected by scrutinizing photographers until the paparazzi finally discovered Diana on the waning days of her holiday.

Now a charter broker with Ocean Independence, Debbie Gribble was at the time a young stewardess tending to the princess on the Jonikal and she recalls the excitement that came with providing an exclusive getaway for one of the most famous women in the world.

“I felt very privileged to be in this secret environment,” explains the New Zealand native by phone from her Auckland office. “We anchored in beautiful secluded bays of Sardinia where the water is so turquoise and clear. Anytime Diana was in view in public the media was there. In this case, when she was not in view [to the public], there was no media.”

The Jonikal along the coast of St. Tropez, France in 1997.  REX/Shutterstock

In private, Diana’s activities were purposely limited. According to Gribble, there were “barbecues on the beach, walks ashore and dinner,” but the princess largely enjoyed swimming in the sparkling waters around the mega-yacht and sunning herself in a number of one-piece swimsuits. “She was incredibly casual and traveled light,” Gribble continues. “She had only a small amount of baggage and everything was very compact — there were bathing suits everyday. She was obviously very experienced at traveling and would literally come to breakfast in her bathing suit ready for the day to just swim. There was not one dress [in her luggage].”

Instead, Diana brought aboard the nine-cabin vessel a modest collection of shorts, Capri pants, silk tops and “sport skirts” in a range of understated tones from beige and pastels to black and white. “She actually told me she didn’t like shopping,” recounts Gribble of a conversation with the style icon. “[Diana and Dodi] had come back [to the ship] after a walk around the shops in Sardinia with a pile of cashmere sweaters that Dodi had bought for her. She wasn’t interested in shopping on her holiday, that’s for sure. All she wanted to do was enjoy the boat and go swimming and sunbathing.”

As she enjoyed those rare moments of complete privacy, Gribble describes Diana’s demeanor aboard the Jonikal as “relaxed, fun and light,” noting her shift when faced with re-entering the public eye. “She was a totally different person [in public and private],” she adds. “I didn’t get the sense that she was on edge at any time. I got the sense she was just enjoying this freedom, being in the moment and actually living.”

The now 47-year-old adds, “There were jet skis and things like that, but she was more interested in just jumping off the side [of the yacht], swimming around the boat, sunbathing and not doing a lot else.”

Aboard the custom-built Italian yacht, Diana was relishing in the opportunity to dress casually throughout the day, emerging each morning from her cabin with “flat and straight” hair and “just a little bit of lip gloss and mascara — never with full makeup.”

Chef-prepared meals were met with the same level of refined informality. Each morning Diana would bypass a pyramid of fresh fruit arranged by staffers and instead have simply a cup of black coffee. Lunches, usually served on an upper deck, were “light salads and Mediterranean style pastas and fish.” For most of their time on the yacht, Diana and Dodi dined alone, although friends of Al Fayed’s joined the couple a few times on board toward the end of the summer.

Photographers would eventually disrupt Diana’s idyll, closing in on the princess by boat and helicopter. Images of her on holiday — among the last taken of her — were splashed across newsstands throughout the world. “When those famous photos of her on the yacht came out in the papers everything changed,” notes Gribble. “That feeling of freedom was gone and suddenly she was back in a gilded floating cage. You could see the magic was just dwindling day by day.”

As it became apparent the days of quiet relaxation had passed, Diana expressed eagerness about returning to a normalized schedule in London, which included reuniting with Harry and William — then aged 12 and 15, respectively — and resuming her workout routine. “She mentioned looking forward to getting back,” says Gribble. “She wanted to see her boys and she liked to go to the gym — that was a big thing she mentioned a few times to me. She also missed eating at more of a British time, which is at 6 or 7 o’clock as opposed to 10 o’clock in the Mediterranean. She really was living a totally different lifestyle than what she was used to.”

Diana was already planning for several upcoming events that fall with scheduled fittings for evening dresses she would never have the opportunity to wear in public.

“Her style had changed,” Valentino told WWD just after her death. The designer was working with Diana at the time on a “pale green dress” for an AIDS event with the Red Cross that was scheduled for September. “She was more aware of herself as a woman — and she was a beautiful woman with a beautiful body. She had escaped the rules of the princess and the clothes a princess was supposed to wear and wanted clothes that were right for the new woman she had become.”

Giorgio Armani had also been working with the princess on a gown for an upcoming engagement, noting her streamlined, pared-down approach to dress that was reflective of the changes in her life. “She seemed to have found that style of her own, strictly controlling any temptation to overdo things, and favoring clean, modern lines that set off her great face and figure in a very up-to-date way.”

The designer added, “That’s what I was trying to emphasize with the dress I just did for her. It’s worth noting that she chose the design herself, the simplest one in the group of sketches I sent her.”