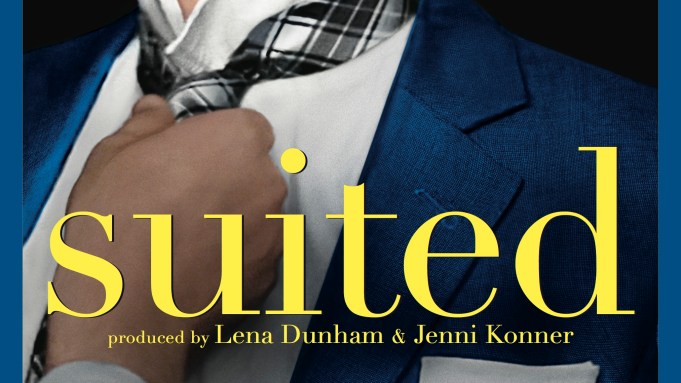 “We were this one-man show,” Daniel Friedman says of Bindle & Keep, the suit-tailoring company he founded in 2011. That didn’t last for long; what happened in the following years culminated in the documentary “Suited,” which premieres on June 20 on HBO, from producers Lena Dunham and Jenni Konner. Together with co-owner Rae Tutera, Bindle & Keep has grown to specialize in creating custom suits for members of the LGBT community, in what for many customers is the first time such a garment has fit their changing bodies properly. “We learned to make so many different kinds of suits just by virtue of who showed up,” Tutera says.

WWD paid a visit to the company’s Brooklyn studio to chat with Friedman, Tutera and one of their clients in the film, Mel Plaut, about the origins of their business and the difference clothing can make.

WWD: How did you three connect?

Daniel Friedman: Well, Mel was a client. When we started filming, we couldn’t do a casting call, so we had to suss out how we were going to find people who may be amenable to being in a film and discussing really private things in public.

I went to do a random fitting for Mel, and we just started hitting it off. In order to understand what you’re going to cut, you need to get to know the person. That’s something Ray and I have developed, a process where we warm up and understand people. Getting to know how people feel. It’s about learning how they feel in their body, which informs how we make the suit. I sat down with Mel, and we started talking about our bodies and bodies in general, and very quickly it was like, “Yeah, I just got top surgery,” which is rare, because Mel doesn’t know me, and I’m also a cisgendered male, who came to your apartment — it is unusual. But because of what we’re doing, people are encouraged to really express themselves because there’s only an upside, and that really makes it a safe, nonjudgmental scenario.

WWD: Mel, what made you say yes to being in the film?

Mel Plaut: I was hesitant at first, because I didn’t know how it was going to affect my job prospects — it felt like a lot of personal information to share. I think my motivation to join was that I don’t see a lot of representation of nonbinary people in media. It’s excellent that trans people are getting a lot of media play, and there is awareness and visibility being raised, but there’s less of that for people who are not like, “I’m a trans man and now I have a beard,” and all this other stuff. There’s this in-between space that could be anything. It’s harder to understand, so it makes sense that it’s not represented.

I think what I find so interesting is that I still don’t know what to call myself. The words that are available are all what I’m not. I’m nonbinary, I’m gender nonconforming. It’s like I’m not affirmatively a thing. And that may be OK, I’m not pigeonholed, but there is this weirdness about it.

Friedman: It’s rare that’d you’d have someone from the Internet come to your house and you’d open up about really private things about your body and things you’ve done to your body to make yourself feel better, things people might not know about. In the age of anonymity, to have this very old-fashioned thing that we’re doing, where it’s actually handmade and you have to know the person you’re cutting a suit for, what we’re doing is actually so progressive — it’s a really sweet merging of phenomenon.

WWD: How did you come to work primarily with customizing suits for the queer community?

Friedman: What’s really important for me is that as a company, I really feel that because we make a really strong point to serve everybody — we do cisgender men, we do everybody with every kind of body, even if I don’t understand the body, we’re trying to show that it doesn’t matter — you don’t have to know. You just serve and treat everyone like a human. You sit down and you ask them how they want to feel and you make a suit that appeals to their aesthetic.

Plaut: There’s been some headway — like, yeah, f–k men’s sections and women’s sections. Like, I would go to the men’s section, and the small is still three or four sizes too big for me, and the women’s is not an option where I would buy anything, so then I would end up buying something from the men’s section, taking it to the dry cleaner on the corner and having them shorten the sleeves and take up the shirt, but it’s still going to be really big and I’m going to get lost in it. So I think when it came to the idea of wanting to invest in a suit, I felt really lucky that I live in a time when somebody is going, “Hey, you can have a ‘men’s suit’ that fits you and looks good on you, and it won’t feel oversize.” It’s like I’m wearing a men’s suit, I’m wearing a suit that aligns with the way I want to look and feel. There is no such f–king thing as a “men’s suit.”

Friedman: When we started, it was about “OK, let’s talk to people and figure out what’s triggering about their bodies,” and then we listened to those triggers, and our measures respond to those triggers of how a suit can make someone feel, and that’s it. It’s not my business how it should look. It’s Mel’s business how it should look and feel, and that’s what we respond to. We want to know how people feel about their own bodies.

Plaut: The first time I wore my suit in public, I went in for a job interview and I felt really good in my suit. I felt like I was representing who I actually am, rather than cobbling some oversize blazer from Zara boys or something like that — and all that stuff creates dissonance. Instead I walked in, in my suit, aced the interview, and got offered the job.