A new book examines the career of the interior decorator's firm Fox-Nahem Associates. 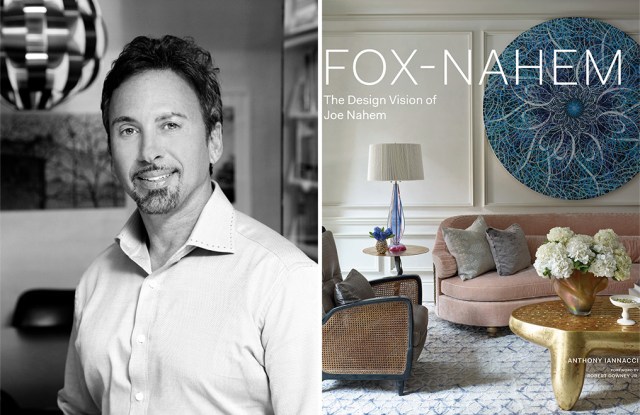 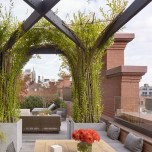 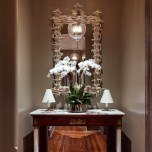 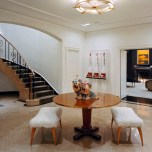 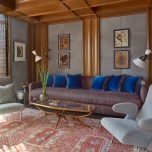 Interior designer Joe Nahem is from an entrepreneurial family, so his parents were not at all fazed when he decided to drop out of high school at 16 and go to work. By the time he was 18, in fact, he owned two shoe stores. That’s when he met Tom Fox, who encouraged Nahem to go into interior design full time, since he had already been creating interiors for years for his more affluent relatives. Fox also urged him to go to Parsons, which his parents did oppose, considering it unnecessary. Nevertheless, Nahem went, taking particular delight in spending a year abroad in Paris.

Fox-Nahem Associates, the interior design business they set up together, has continued for three decades and counting. It thrived even after the loss of Fox, who died in 2003, something Nahem says he didn’t think he would survive. Now Abrams has published the first book about his work, “Fox-Nahem: The Design Vision of Joe Nahem” by Anthony Iannucci, and it’s being launched with a book party at Phillips on West 57th Street in New York this evening. There will also be a preview of photographs by Henri Cartier-Bresson from the Peter Fetterman collection, along with a variety of important 20th-century furniture, which will all be the subjects of upcoming sales.

The book features  the interiors of 15 apartments and houses, including a Stanford White town house once owned by Charles Dana Gibson and a penthouse at 740 Park Avenue, the apartment where Jacqueline Kennedy Onassis grew up in a building, which was constructed by her grandfather, James T. Lee. But the designer works to subvert the expectations such hallowed locations might create by, for example, featuring a dramatic Cindy Sherman photo above an André Arbus sideboard in the dining room of the former, or placing three Jeff Koons pieces in the foyer of the latter, two of them sculptures of small dogs with bows in their topknots and the third a vitrine containing three vacuum cleaners. The rest of the apartment features art from Andy Warhol, Damien Hirst, Richard Prince and others.

One of Nahem’s signatures as a designer is to stock his projects with pieces created in conjunction with artisans and craftsmen, including metalworkers, woodworkers and weavers. He has said he would rather create a one-of-a-kind piece for his clients than buy a high-end piece from a furniture showroom, when both items were the same price. He is also unafraid of putting together seemingly unlikely juxtapositions, as by showing a paper cutout work by Kara Walker next to a mid-century Brazilian credenza and a table by Sérgio Rodrigues, in the dining room of a Long Island house.

While some of the spaces Nahem designs may be grand, and a number of his clients have significant art collections, the designer himself is refreshingly unpretentious. He may be a member of the AD100, but, as he puts it, “I’m still taking the subway uptown carrying a lampshade.”

He says that when young people come to intern with his firm, he tells them that the work, “ain’t that glamorous; it’s physically two steps above a body shop in Queens.” His current 22nd Street office is low-key and functional, although the business was once housed in a Manhattan town house he owned. He sold that building when the recurrent offers for it escalated into Monopoly money, and he finally made a deal that also paid his firm’s moving expenses and rent for a time. Shortly afterward, the Great Recession arrived. “My friends asked, ‘Joe, how did you know?’ And the answer is that I didn’t,” he says.

One challenge of working with wealthy clients who have multiple dwellings is “making sure that they don’t look alike.”

Nahem got involved in putting together the displays for the Phillips auction items that will be on show at the time of his book party — a first for him. But he seemed perfectly at ease in the role. He was pleased to see that, on the walls, the rectangles of gray paint against white which he had requested had been executed perfectly. And he positioned a pair of Ico Parisi chairs in front of a  Gio Ponti bookcase, directing that they should be shown at an angle so that the backs of the chairs detailed with crossed wood can clearly be seen.

“It was overwhelming at first,” he says. “We have three or four things coming in at once [on a project]. There are dozens of things coming and going here [at Phillips] all the time.”

The introduction to his new book was written by Robert Downey Jr.  The actor and his wife Susan rented Nahem’s house in Amagansett, N.Y., and the pair became friends with the designer and his partner, Jeffrey Fields. Now Nahem’s firm has worked on three properties for the Downeys, including a windmill house in East Hampton that was featured on the cover of AD.  The magazine ran a video of the Downeys showing off their new house, which garnered millions of page views. Over lunch, Joe mentioned these figures to the actor. His response: “Oh, I never look at things like that.”