Herrold stars in the new HBO drama set in the high pressure world of London finance.

Myha’la Herrold purposely avoided the desk job life. A drama fiend from a young age, she elected to go to college only if she could study theater, and made a pact with herself to never spend 9-to-5 sitting in an office chair, clad in a pantsuit.

Of course then, her major breakout role finds her character Harper logging many hours in a suit, sitting at a desk. Fresh out of Carnegie Mellon, Herrold stars as the lead in new HBO series “Industry,” created and executive produced by Mickey Down and Konrad Kay with a pilot directed by Lena Dunham, which is set in the high-pressure world of the trading floor of a major finance company in London.

“Truthfully, I was like I don’t know anything about banking, period. And I guess I don’t know much about desk culture because I have never sat at one,” the 24-year-old actress says. “But really we’re set in a bank, but this is not about banking. This is about relationships. And the bank just sets the stage for a really aggressive, high-stakes, high-energy, anxiety-inducing environment that exacerbates all these relationships. I was like, ‘I totally understand this messed up hierarchy of being the newbie, meant to operate on the level of all these experienced people,’ which was my experience coming into this very job.” 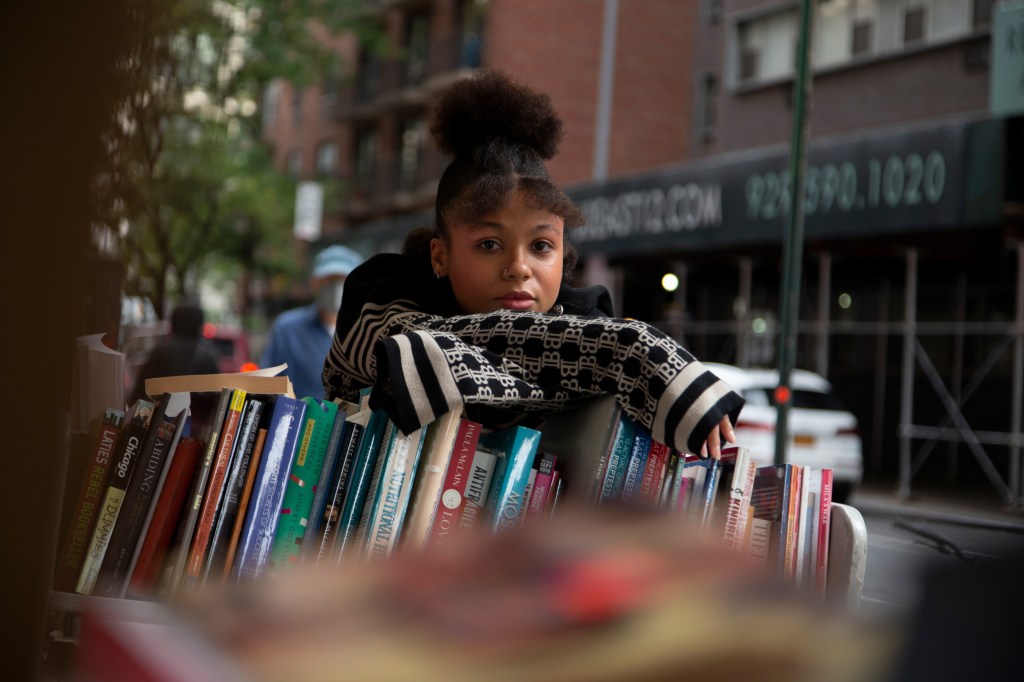 Herrold started the process of booking the show as any other audition would go: she got an e-mail from her management, she threw together a self tape, but before she knew it she was being asked to meet with Dunham, who she sat on the floor with and delved deep into what the show was trying to accomplish. Soon after, Herrold was on a flight to London to screen test, her first time out of the country.

“The struggle of being the underdog, or the underdog only because of your circumstance: I definitely identify with that,” Herrold says. “And I relate to Harper’s resolve because she never lets any of that define her or get in her way. And I have never let any of those things get in my way — being Black and being a woman has never been anything that I let be to my detriment. I never let those things be a determining factor in my success. Actually, I did in the opposite way: I feel more successful being a woman and more successful being a Black woman. I’m amazing. That’s how I feel about that.”

Herrold grew up in San Jose, Calif., participating in community theater and “suffering” through a Catholic school with the best arts program. When it came time to go to college, she was only interested in going if it meant she could study theater. 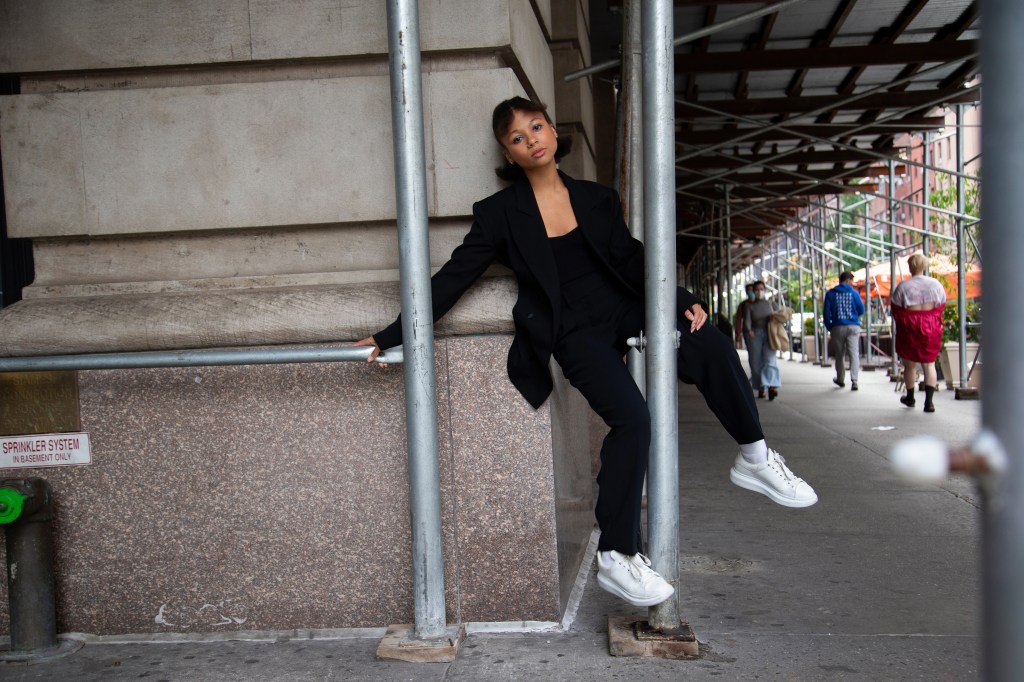 “I was like, ‘Well, I’m only going to go for theater because I don’t like to do anything else. I’m not going to suffer through school if I’m not going to do something I love,’” she says. The program at Carnegie Mellon was the hardest four years of her life, but it gave her the confidence to move to New York upon graduation and try for Broadway. She landed the part of Nabulungi in “The Book of Mormon” in 2017, prior to becoming Dunham’s new favorite leading face.

“They said she was biracial American, has some secrets, has a half-brother who ran away. And they said she has an anxiety disorder, but it was not something that she had a handle on or that she would be able to talk to anyone about,” Herrold says of her character, Harper. “And then I read the script and I was like, ‘Seems like she has her s–t together, but now that I know that she’s got issues, she was pretending that she was cool.’ I totally know what that was like.”

Herrold says that Harper’s resistance by existence, as a Black woman in the predominantly white male world of finance, is ultimately what connected her to the show.

“What I liked about this finance drama script was that it wasn’t being told by the perspectives of the people at the top, who mostly are white men. It wasn’t their story,” Herrold says. “But we are learning about that world from the lowest-ranking people and us as laypeople probably only know about wealthy white men as being in finance. But obviously there are other people who work in it. Harper could not care at all about any of those determining factors to be successful. Because if she had, she would be putting herself at a serious disadvantage. So she’s like, I don’t care that I’m a woman, I don’t care that I’m Black, I don’t care that you’re a man and you’re white. What I care about is the fact that I’m better at this job than you are.

“Her ‘get what you want by any means necessary’ — I love and respect that,” Herrold continues. “I would not necessarily choose her tactics. She definitely goes about things in a way that I just don’t have the balls to do, but I have a huge amount of respect for that ‘I’m going to make this happen, period.’ And I definitely try to live my life that way. Because if you’re not vouching for yourself, who’s vouching for you, you know? You have to go out into the universe and make it happen.” 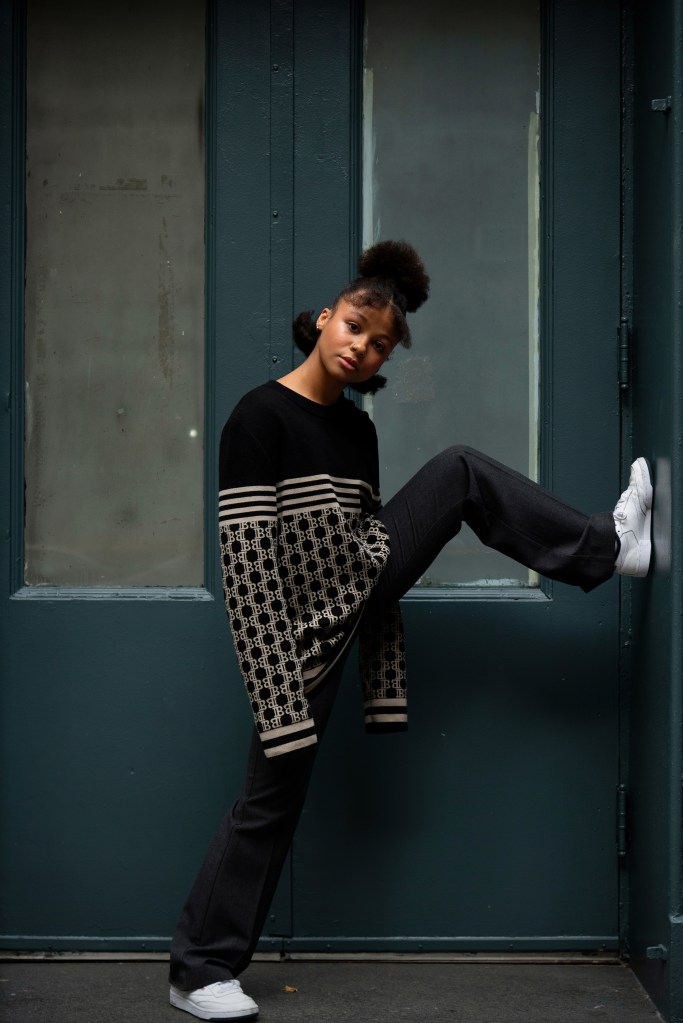