"Enough of Iran! And I don't ever want to go back," said Neshat, who is showing her work at Azzedine Alaïa's home in Tunisia.

PARIS — It might not seem the most auspicious time to be a Muslim woman in America, but Shirin Neshat is having a banner moment: Her show at The Broad museum in Los Angeles is the most wide-ranging retrospective of the Iranian artist’s 30-year career.

The exhibition, which runs until Feb. 16 and includes more than 230 photographs and eight immersive video installations, features both her work observing Iran from exile and more recent projects such as “Land of Dreams,” in which she directs her gaze at the United States, her adopted home.

Neshat notes that many artists dread the so-called mid-career retrospective. “They think retrospectives are dangerous because they sort of suggest an end, but for me, actually, this is a mark of a new beginning,” she says.

“Having worked for the longest time on subjects related to Iran, and then not being able to go back, I got really exhausted of all this living in the past, of feeling that I’m cut off from a country that I’m obsessing about, and I just had this urge to move on. I just made a decision that I’m going to make a work about another country — enough of Iran! And I don’t ever want to go back,” she adds.

Neshat confesses she was surprised to be contacted by the museum, founded by Eli and Edythe Broad, but notes the institution, which started life as an art foundation, has shown a varied range of artists since it opened to the public in 2015.

“They realized that as a museum, they also serve a purpose within the community to show a diversity,” she says. “So I think they feel the moment is right, especially since Trump.” 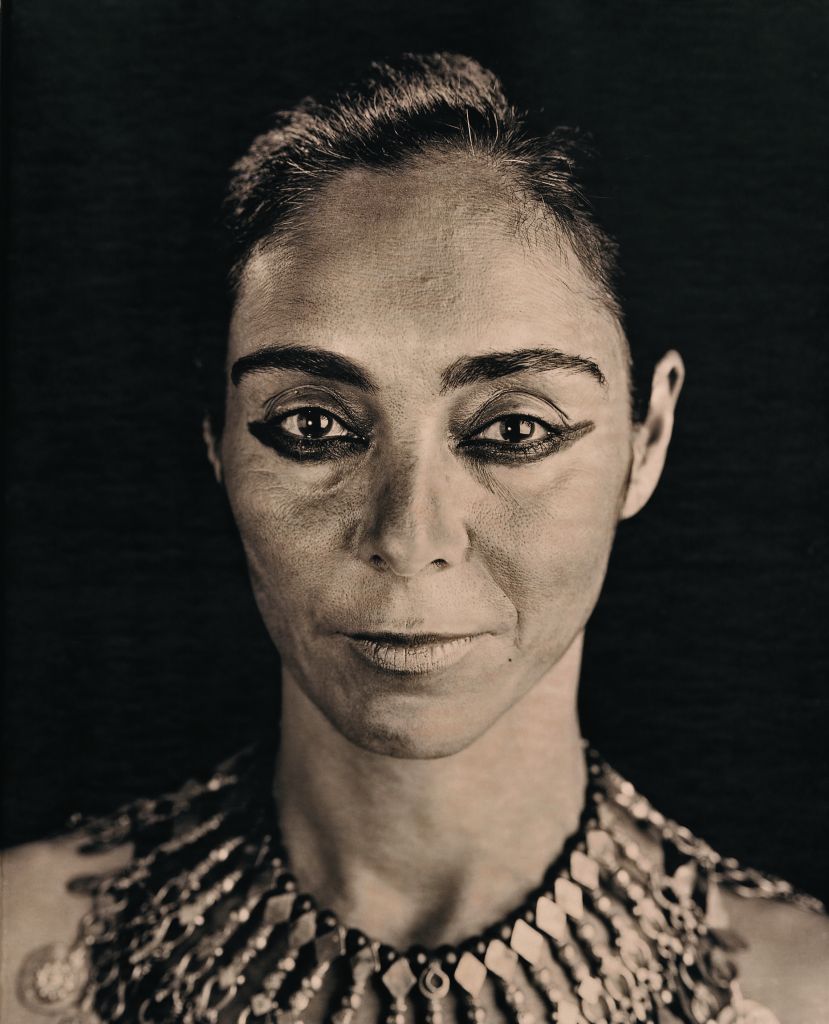 The same can’t be said of France, where Neshat recently exhibited her project “Looking for Oum Kulthum” at the Association Azzedine Alaïa, after discovering that she and the late couturier shared a passion for Oum Kulthum, the legendary Egyptian singer who died in 1975.

The show was produced by Jérôme and Emmanuelle de Noirmont, whose gallery represented Neshat from 1998 to 2013. But she has never had a major museum show in the country.

“The French museums have not approached me. They’ve not been interested. I don’t know why I’m not on their radar,” says Neshat, who’s had solo exhibitions at other European institutions including the Serpentine Gallery in London, the National Museum of Contemporary Art in Athens and the Kulturhuset in Stockholm.

Though it has a sizable Muslim population, France in 2011 became the first European country to ban face-covering veils, and even ordinary headscarves regularly trigger heated public debate.

“I’ve never had a major opportunity with the French public and I think that’s a really curious thing, because I think France is a very interesting place to talk about the issue of being a Muslim woman and what is going on here,” Neshat says.

She notes that she has generally experienced more intolerance in Europe than in the United States, where she arrived in the mid-Seventies to study art at UC Berkeley. After the Iranian Revolution in 1979, she moved to New York City in the early Eighties and has been based there ever since.

“I don’t think people in Europe would be as welcoming to someone like myself to come and start from zero. I mean, America is truly a land of dreams, a land of immigrants. I’ve never been conscious of myself being a foreigner until today,” she says. “Whereas I think in Europe, because it’s an older culture, they have much more of a segregation. Traveling in Europe, in every corner of Europe I have felt racism, and I was shocked because I never really felt it before anywhere else.”

The artist believes that despite the rising xenophobia fueled by right-wing media outlets, Americans are more welcoming. “When you really travel deep inside America, you see that American people are really kind people and they’re very open. They’re inherently not racist,” she says.

“There is a lot of ignorance and naiveté, but at the same time I think there’s genuine kindness and compassion that I feel, because we also own a property in upstate New York where we are the only foreigners, and people really like us — people give us a lot of very positive energy,” Neshat reports.

Nonetheless, her work is guided by her sense of displacement and search for identity. She draws inspiration from fellow artists ranging from Frida Kahlo to Shahrnush Parsipur — whose novel “Women Without Men” she adapted into a film — and Forugh Farrokhzad, whose poems she inscribes on her photographs.

“Not only their art, but the life that they lived were very challenging. That really inspired me, because I always feel that you cannot separate my personal life from my work,” she explains. Kulthum is another figure who fascinates her, as she did Alaïa, who would sing her songs all day as he worked in his Paris atelier. 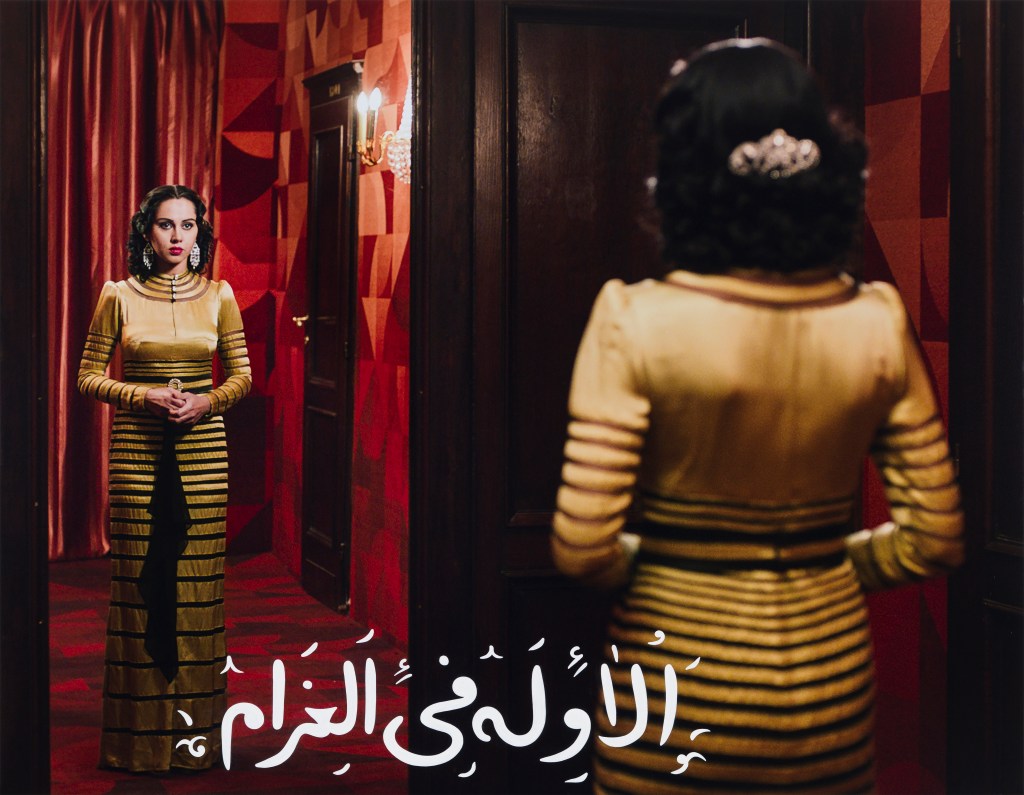 The videos shown as part of the Paris exhibition, “In Trance” and “Remembrance,” are offshoots of the feature-length film “Looking for Oum Kulthum,” focusing both on the powerful effect the singer had on her adoring public and on her profound alienation from the crowd.

“She brought this state of ecstasy that is like taking drugs — it’s every artist’s dream to have that kind of impact on your fans,” says Neshat, noting that Kulthum achieved the rare feat of uniting Muslims, Christians and Jews in an almost cult-like devotion.

“She shielded all her emotions and her private life, and she devoted all of her life to her fans,” she continues, noting that she personally struggles to separate her private and public selves. “I’m very fragile. I have a son, I’m always conflicted between being a mother and wanting to be a 100 percent devoted artist.”

Neshat sees something tragic in most female artists. “I think Oum Kulthum was a very sad and lonely person, and she could provoke other people’s emotions, but no one knew what was going on inside. And this is really something that I feel like every public artist suffers,” she says.

“I believe Marina Abramović, Frida Kahlo, Cindy Sherman, all these iconic people, are truly lonely, and a lot of them decide not to have children because it’s really difficult to balance. So I think being a successful woman artist means to suffer. I think it’s very different with men, because they are much more protected in a way that they can separate their personal lives from work,” Neshat argues.

After their run in Paris, which ended on Sunday, the videos and film are on show in Alaïa’s home in Sidi Bou Said in his native Tunisia until May 17. Breaking with her tradition of working in black and white, Neshat also produced a series of photos in blazing colors inspired by Egyptian film posters from the Fifties.

Costume designer Mariano Tufano carefully researched Kulthum’s fashion evolution from the Europeanized styles she wore in the Twenties and Thirties, under the reign of King Farouk, to the more conservative clothes she favored after the 1952 revolution led by Gamal Abdel Nasser.

“I really think, with a small budget, that we paid attention to the fashion, because it was important,” Neshat says, adding that Alaïa, who died in 2017, was initially slated to design a dress for the film.

“I think it’s fascinating how fashion and art often converge together,” Neshat muses. “For example, I look at Azzedine’s designs and I see art: I see sculptures, I see beauty in a way that is very poetic. It’s not just commerce.”

Kulthum was the bridge between their disciplines.

“He’s Tunisian, I’m Iranian and she was Egyptian, and we share a certain humanity, a certain mysticism. I think it’s beautiful,” Neshat says. “I don’t see a separation between fashion, art, music, film — nothing. I feel like there’s just one thing, which is culture, and it’s the greatest protest against politics and tyranny.” 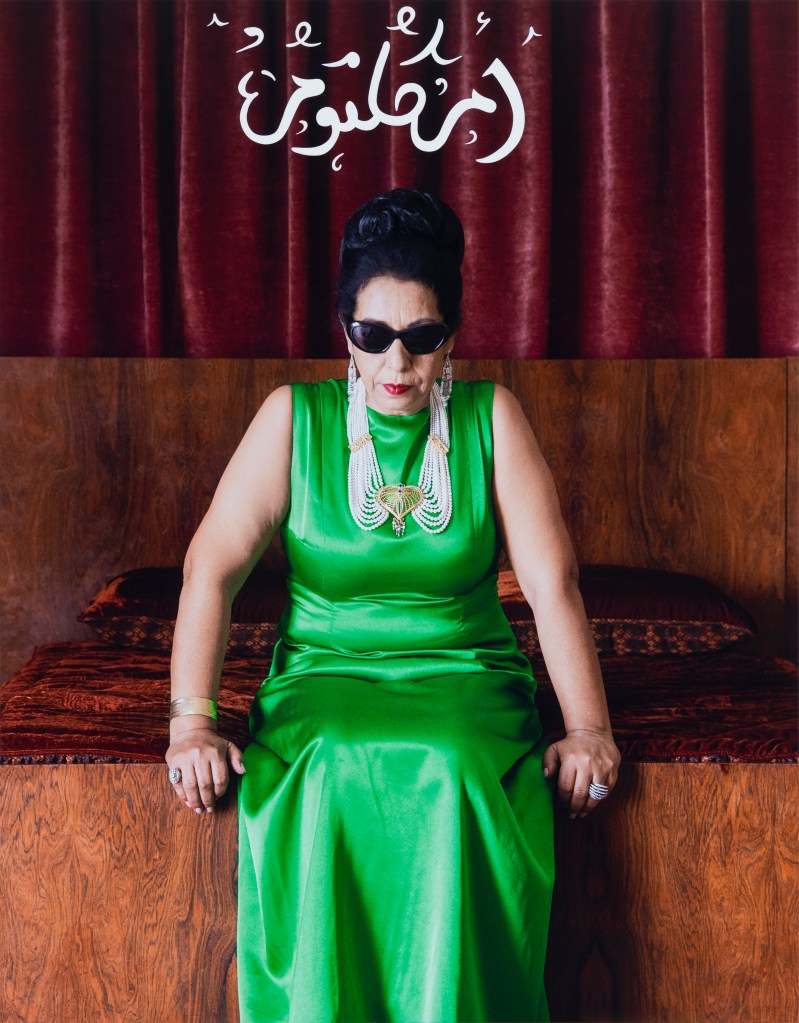