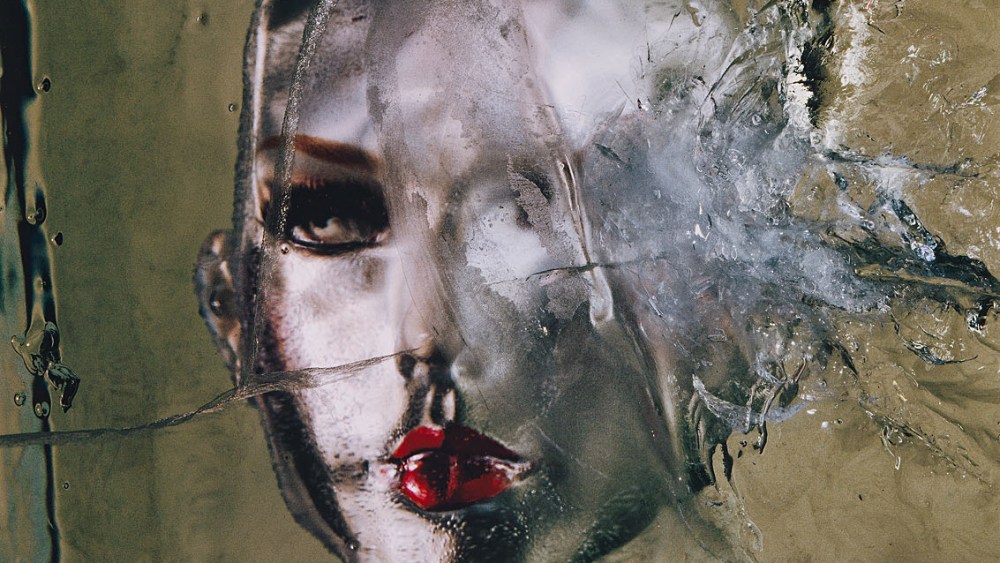 “Fashion photographer” practically precedes every reference to Irving Penn, but a retrospective at the Smithsonian American Art Museum in Washington, D.C., magnifies how he was much more than that.

“Irving Penn: Beyond Beauty” is the first retrospective of Penn’s work in more than 20 years. The show is so expansive that guest curator Merry Foresta said the fashion photographer moniker is almost inadequate.

“Fashion photography is certainly the place to put him in when you think of his career. Penn thought of himself in that way and very often people write about him in that way. But he really was an artist,” she says. “Rather than limit him to fashion photography, celebrityhood, fine art, advertising, magazines, still lives and street scenes, I would simply call him an artist. It was very easy for him to slip between all of these mediums.”

The Plainfield, N.J.-born Penn, the son of a watchmaker father, also had a hand in introducing legions of Americans to such European artists and cultural greats as Salvador Dalí, Le Corbusier, Anton Dolin, André Malraux and Joan Miró by shooting their portraits in the Forties and Fifties. “He certainly extended their reputations to Americans. Most of these portraits were shot in his New York studio, after several of them had fled Europe and come to the U.S. after the war was over. Many Americans did not know about these people,” Foresta says. “To think that at that time the so-called fashion and culture magazines like Vogue or Harper’s Bazaar would have a series of portraits of people in the arts and literary circles is interesting. Penn certainly introduced many artists because he had such a great reputation and an interesting window into that world. Whether Penn was the one to actually call up Tanaquil Le Clercq and tell her to come over for a shoot, we will never know.”

What is widely known is how Penn was on a first-name basis with many of the models he worked with and befriended, including Suzy Parker, Jean Patchett, Dorian Leigh and Lisa Fonssagrives (an artist who became his wife in 1950 and later collaborator). The Smithsonian show features a Super 8-mm film she shot of him at work in Morocco. Foresta says, “It’s interesting. I’ve noticed lately that increasingly models are being identified in ads whether because they are celebrities or models in their own right. Penn was a forerunner for that.”

Of the 146 images on view through March 20, 100 are being shown for the first time, thanks to a donation by the Irving Penn Foundation. Referring to “Young Boy, Pause Pause,” a 1941 street shot, Foresta notes how expertly the then-unproven lensman framed his subject, accentuated the natural light and used the ads in the backdrop to his advantage. “Penn was so clever with everything he did. He always knew what to add or take away,” she says. “And as a result, you begin to read the images he took and learn to look for the details.”

A series of photos that Penn took in the rural South in the Forties are also on view in the exhibition. Such social realism was popular at that time through the work of Walker Evans, but Penn once told Foresta he had not been influenced by Evans’ work at that time. “He told me, ‘You know people keep asking me that but I don’t recall going to see the Walker Evans exhibition at the Museum of Modern Art in 1938,'” she recalls. Eugène Atget was probably more of an influencer, according to Foresta.

Atget was among the photographers, artists and other creatives whom Penn listed on the tree of influence he created in one of his last books, Foresta says. Henri Cartier-Bresson and Man Ray were among the branches. Harper’s Bazaar’s Alexey Brodovitch and Vogue’s Alexander Liberman were the trunks. Roots were provided by Matisse, Picasso, Goya and other greats.

In regard to his fashion quota, Foresta, who served as the museum’s curator of photography from 1983 through 1999, says, “The interesting thing to me was how Penn was so thoroughly successful in executing his own stylistic preference on each assignment. At the most basic level, it was a very symbiotic relationship in that magazines learned from the power of Penn and Penn also used the power of the magazines to make sure his pictures were reviewed my many, many thousands of people

“He also blazed the trail for a contemporary type of photographer that is comfortable making images for the gallery wall or also printed for magazines. He created this idea that the same image could be valid for both.”

While Richard Avedon and William Klein reinforced that concept, Penn’s distinctive style shaped the way magazines look and paved the way for others like Annie Leibovitz to become go-to photographers for fashion magazines, she believes. For Penn, that distinctiveness was artistic to the core, according to Foresta, who singled out a 1950 close-up of a Dior glove styled to look like an elaborate bird to reinforce her point. His ability to frame a subject, align the details, draw upon the light, and tie everything together was first gleaned in the Thirties after Penn roamed the streets of New York capturing passing moments. But the photographer showed that expertise for more than 70 years — a consistency that endured throughout his career, as evinced by three unexpected tableaux — a tower of unwrapped frozen vegetables, crushed coffee cups and trampled cigarette butts.

Highlighting the complexity of some of those final shots, Foresta pointed to a color photo of a mannequin’s head that was first frozen in a tub of ice and then smashed before being photographed. The end result not only pushed the boundaries of what defines beauty, fashion and modeling, but also elevated the artistic might of all three categories — never mind that Penn was then 92. “That says a lot about his talent,” she says.

Of course, that approach was put to good use on fashion assignments, as was the case two years before his death in 2009, when Penn shot an Olivier Theyskens-designed ballgown for Nina Ricci. The 2007 image features a model wearing an elaborate lettuce-leaf ballgown with her shoulders hunched and arms defiantly akimbo.

Day-in and day-out in his Fifth Avenue studio, Penn was “very polite, very particular and very rigorous, working everyday. He was very workmanlike that way. There was no fooling around, no rock ‘n’ roll music. He took what he did very seriously, but he was very kind and very sympathetic. But he must have been very hard to work with,” Foresta says. “But I have not met anyone who worked for him who wasn’t completely devoted to him. He was such a tough boss, but apparently one you wanted to work for for a very long time.”

After D.C., “Irving Penn: Beyond Beauty” will be on view at the Dallas Museum of Art from April 15 through Aug. 14, before going on to Leslie University’s College of Art and Design in Cambridge, Mass., in September.