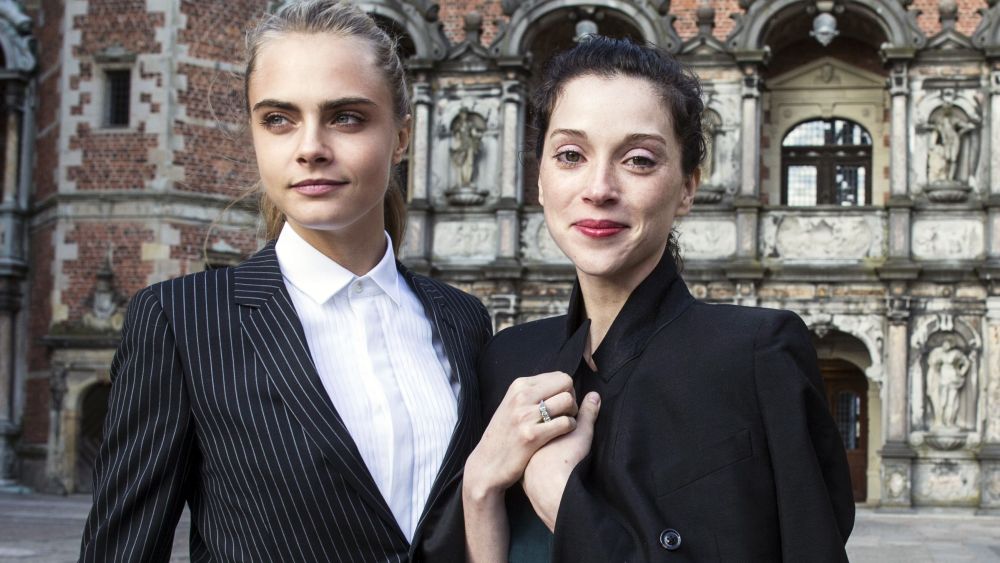 It appears Cara Delevingne and St. Vincent may be taking the next step in their relationship.

The 23-year-old has been sporting a massive rock on her ring finger during her press tour for “Suicide Squad” and when costar Jared Leto shared an Instagram pic of the model-turned-actor on Tuesday inadvertently flashing her ring, the rumors began to swirl. Curiously, Delevingne regrammed the post to the tune of 1.6 million likes at press time.

Delevingne and St. Vincent (née Anne Clark) have been dating since early 2015 and have kept the relationship largely private, though Delevingne did acknowledge her relationship in her cover story for the July 2015 issue of Vogue. “I think that being in love with my girlfriend is a big part of why I’m feeling so happy with who I am these days,” she told the magazine. “And for those words to come out of my mouth is actually a miracle.” Of her sexual orientation, Delevingne said, “My sexuality is not a phase. I am who I am.”

She has become noticeably more open about her relationship as it’s progressed. Just recently she posted an Instagram shot of St. Vincent, a fortune cookie in the foreground reading “Follow your heart and you will find happiness.” Delevingne simply captioned the shot with a heart.

Similarly, the musician has kept her relationship with the actress very quiet. She rarely posts pictures of Delevingne, only two in the past year. The latest photo features what can be assumed is Delevingne, as the figure has their hair over their face to obscure their identity.

The actress is starring in one of the most hotly anticipated summer blockbusters, out Aug. 5.