At just 31, Jennifer Kaytin Robinson makes her directorial debut with the Netflix rom-com "Someone Great," starring Gina Rodriguez, which aims to subvert the genre.

Don’t get her wrong — Jennifer Kaytin Robinson loves romantic comedies. She loves Nora Ephron, she loves Richard Curtis, and in part has always wanted to pay homage to her favorite genre.

“I love them, and I wouldn’t want to change them in any way. The beautiful amazing kind of hopeful rom-com that we’ve seen time and time again, I love that,” Robinson says over the phone from Los Angeles. “It was just about making my own version — and what is my version of this genre that I love so deeply?”

The 31-year-old is making her directorial debut with the movie “Someone Great,” out today on Netflix, starring Gina Rodriguez, LaKeith Stanfield, Brittany Snow and DeWanda Wise. Rodriguez lands her dream job as a music writer for Rolling Stone, but it requires the New York-based aspiring journalist to relocate to San Francisco, which leads to the break-up of her relationship with Stanfield. Her friends, played by Snow and Wise, rally around her for a big New York send-off.

It’s a romantic comedy, yes, but deconstructed — one in which the woman’s happiness isn’t tied to her romantic outcome, but to one she chooses herself instead.

“I wanted to take a lot of the things I love about the genre and then subvert and rip apart all of the things that I feel that I never really related to,” Robinson says. “I went into it really desperately wanting to make a romantic comedy that was, one, about a woman who chose herself and is proud about the promises of her next romantic relationship, and two, I wanted the real romance to be grounded in the female friendship of the movie and less about the actual romantic interest.”

Robinson enters the scene at a time when female filmmakers are behind the cameras more than ever, with breakout projects like Phoebe Waller-Bridge’s “Fleabag” and Kay Cannon’s “Blockers” (both of which she cites as inspirations). Her lack of experience might be risky, sure, but Netflix and Paul Feig, who produced the film, have put their confidence in her rising talent.

Robinson grew up in Miami and has been obsessed with TV and film since she can remember.

“Everything from sneaking ‘Sex and the City’ after my parents went to bed when I was too young probably to be watching it, to ‘The OC’ and ‘Dawson’s Creek,’” she says. “The thing that I gravitate towards most as a person, and what I think shaped me the most in entertainment, are those really human stories that are grounded in humor. That’s the kind of storytelling that I was watching the most and that I now love to tell.”

She originally mistook that passion for acting and moved to L.A. at 16 to try her hand at auditioning.

“It was kind of through auditioning and the grind of that that I realized I didn’t want to be an actress at all,” she says. “What I wanted was to be the person writing the things, making the things that the actors are in.”

She wrote her first pilot at 21 with no formal training or film education.

“I read a bunch of pilots and tried to mimic the structure of those and watched and consumed,” she says. “I looked to the things that I loved the most and I tried to emulate what they were doing in terms of story beats and how things flow and character arcs and all of that.”

The first pilot was autobiographical, the story of a women in L.A. living between “fame and obscurity,” she says. “I was friends with a lot of actors who were out there doing things and on shows and in movies, so I was living the life adjacent to celebrities without being a celebrity in any way at all.”

Robinson was just 26 when she sold the show “Sweet/Vicious” to MTV, which she created and wrote for the network. “That was kind of my film school in a way,” she says. “I didn’t go to college or have formal training in any of this stuff. I made ‘Sweet/Vicious’ and kind of cut my teeth on being on set and writing and producing making things.”

It was while in production for the show that she wrote “Someone Great,” which she later asked to direct once Netflix signed on.

“I will say I think that I attack things maybe in a more unconventional way than other people would who have had the training and know the regimented way that filmmaking works,” Robinson says of her informal film schooling background. “Maybe there’s like a sense of an unconventional approach to filmmaking that I have, because I don’t necessarily know what you are or are not supposed to be doing.” 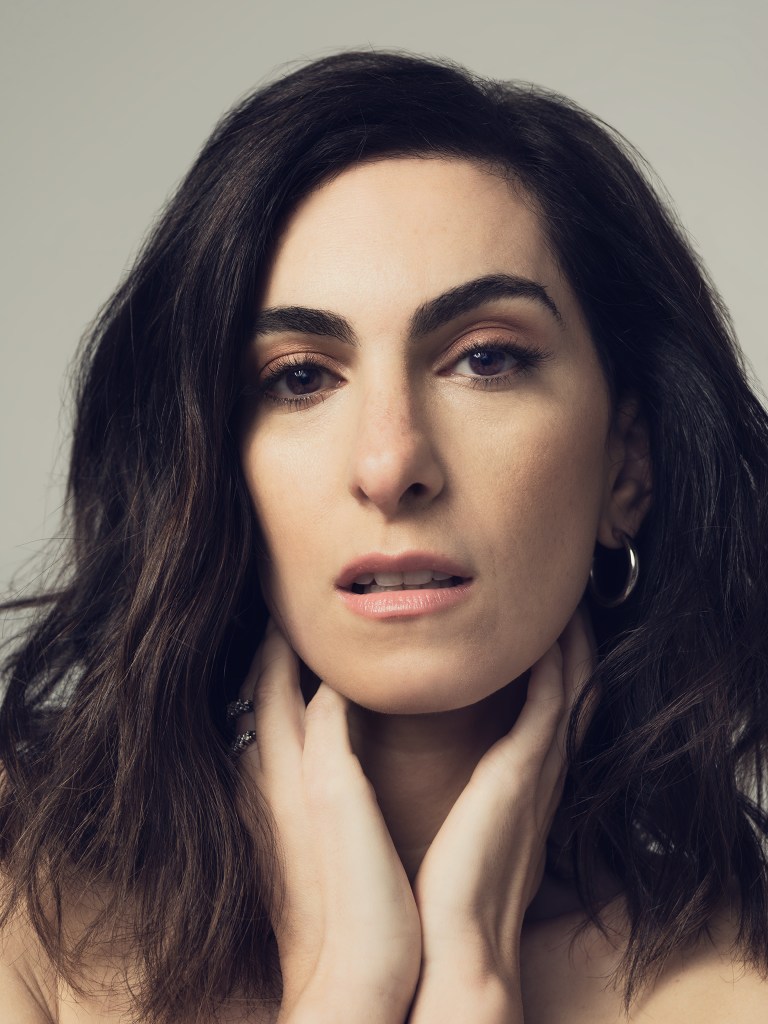