The highly anticipated work from the New York-based writer is an immersive piece of long-form journalism following the lives and desires of Lina, Sloane and Maggie.

Lisa Taddeo is the author of "Three Women," which hits shelves on July 9th.

J. Waite/Courtesy of Simon and Schuster

The signs were everywhere, posted all over the U.S. They were on the windshields of Car2Go vehicles, taped to slot machines in New Orleans, inside Indiana bathrooms and salons. Some read, “Unrequited Love?” while others said, “Are You Gay, but Is It Difficult?”

The messages were different, but the aim all the same, and one woman had put them up. The writer Lisa Taddeo was doing research for her debut book, a work of long-form journalism in the same vein as Tom Wolfe, Gay Talese and the other New Journalists who embedded themselves in the lives of others. Taddeo sought people of any gender, creed or sexual orientation who would be willing to share their innermost desires and personal stories about their sexuality. She took six road trips across the country searching for those who would ultimately become the characters in the book “Three Women,” which was released today.

While she traveled, she put up signs, posted on Craigslist, on message boards, at universities; she got in contact with 20 some-odd folks who could be potential subjects. But no one seemed right. They were either posturing too much or not willing to open themselves up completely.

“Desire is the thing that we think about the most and also our most slippery secret,” Taddeo, a New Yorker of Italian descent, says a few weeks before her book is officially released. She’s back in the city, sitting in her editor’s office, where there are hardcover issues of “Three Women” proudly displayed across all the tables and shelves. “I saw that people are OK with talking about actual sex acts in a way, but they don’t really talk about the emotions behind it.”

Then, while she was living in Indiana working on the book, Taddeo met a woman with the pseudonym “Lina.” The author had connections through the Kinsey Institute in Bloomington; they set her up with a women’s discussion group. Lina immediately stuck out as accessible, and honest about her passionless marriage and the affair she’d started with her high school sweetheart — which turned her world upside down.

After Lina came Maggie, a North Dakota native in her 20s who was embroiled in a legal case. She’d taken her former high school English teacher Aaron Knodel to court, alleging he had pursued her and the two carried on an inappropriate romantic relationship during her junior year. Lastly was Sloane; she appeared late, since Taddeo was toying with the idea of writing about her entire town. But Sloane’s story was too intriguing to pass up. Her husband got pleasure by watching her have sex with other men.

For eight years, Taddeo immersed herself in these women’s lives, living in their hometowns and spending time with them. They’d get coffee, work out together. In this way, Taddeo was able to discuss with the women their deepest needs and thoughts — and as a result, the book tells in high detail what goes through a woman’s mind when she’s confronted by her own desires within a society that aims to temper them. 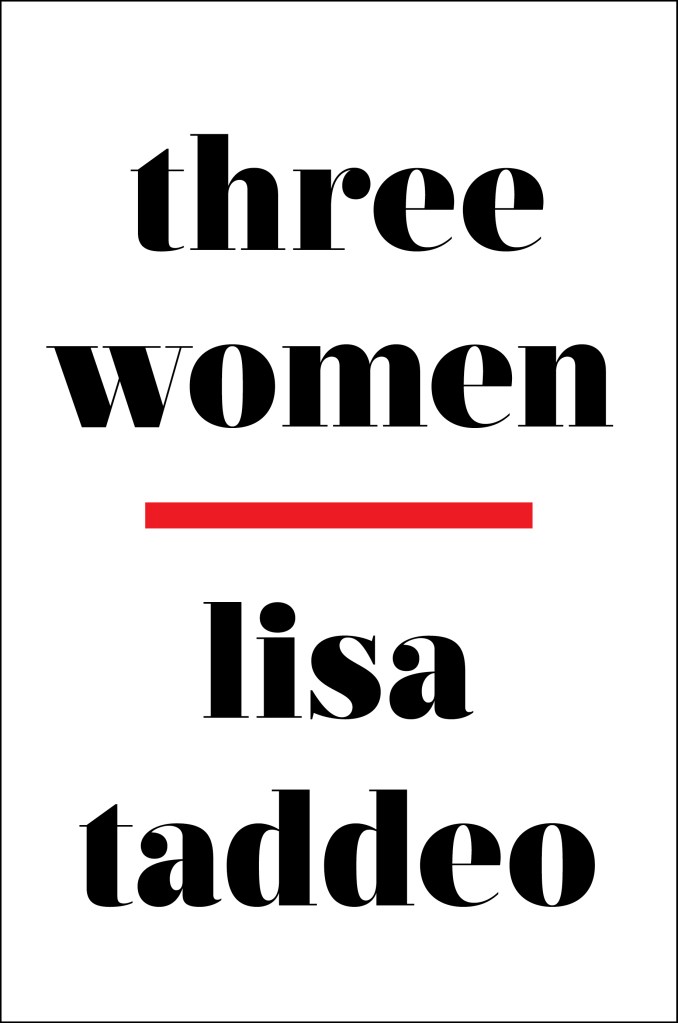 “Desire is the thing that we think about the most and also our most slippery secret,” says Taddeo.  Courtesy of Simon and Schuster

Each generation has its seminal piece of literature that examines people’s sex lives, and it comes to define how sexuality is perceived from that specific period of time. One of those sorts of books was “Thy Neighbor’s Wife,” an immersive piece of long-form journalism by Talese that served as a bit of inspiration for “Three Women.” The 87-year-old writer even acted as somewhat of an unofficial mentor for Taddeo in the beginning stages of creating the book. But she knew right off the bat that the emotions behind the sex had to be peeled away and pored over. Those were the feelings other people could relate to and understand.

“[“Thy Neighbor’s Wife”] was written from such a male perspective in the sense that it was really about the acts of sex,” she explains. “It was lacking the passion behind the act. It was stilted, and mechanical. There are plenty of books that straddle the line between desire and science, but I wanted to pare back the science and just hit the desire.”

And there’s one movement from the recent past in particular that exemplifies women’s struggles with sex: #MeToo. Could “Three Women” be the essential work for the post-#MeToo era?

“MeToo talks about what women don’t want, you know?” Taddeo says. “We now have a voice to say, ‘This is not cool.’ What I think my book deals with more so is the idea of what we do want. The problem with what we do want is we’re still afraid to say it.”