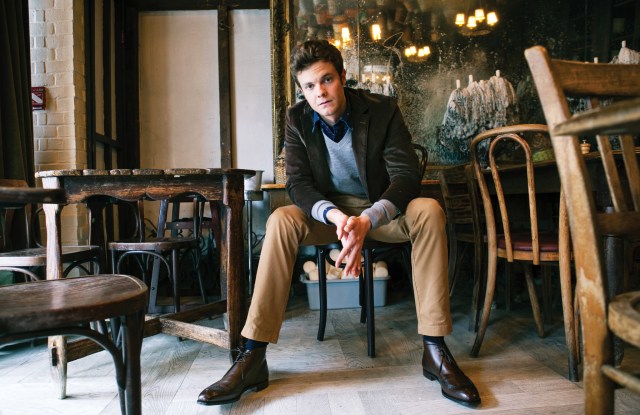 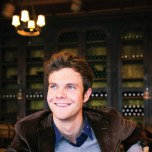 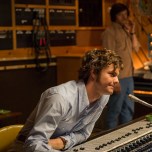 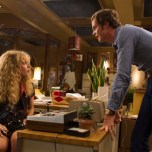 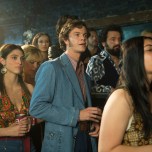 If anything is to be gleaned from the phenomenon that is “Empire,” it’s that audiences clearly love record-label drama — and that bigger most certainly is better. In that vein comes “Vinyl,” the Seventies rock ’n’ roll answer to the hip-hop centered success of “Empire,” done big with Oscar-winning director Martin Scorsese, Golden Globe-winning executive producer Mick Jagger and Oscar-nominee and Emmy-winner Terence Winter as showrunner, along with a cast that includes Bobby Cannavale, Olivia Wilde, Ray Romano and Juno Temple. The 10-episode series, coming to HBO’s Sunday night lineup on Feb. 14, follows record executive Richie Finestra, played by Cannavale, through the era’s punk, disco and rock movements — and all the sex, drugs and fashions that followed.

Adding to the “Vinyl” mix are two descendants of the entertainment industry’s biggest names: Jagger’s son James takes the stage as a musician in the band The Nasty Bits, and on the A&R side — and poised for a breakout — is Jack Quaid, the 23-year-old son of Dennis Quaid and Meg Ryan.

“I had this interest, and to see two people who not only could make a living off of this, but were having real, genuine fun doing what they were doing — that encouraged me,” he says of his decision to become an actor and of his parents, over coffee and soy milk at The Bowery Hotel’s Gemma the day before the New York premiere party for “Vinyl.” “I feel like most families, if you say, ‘Oh, I’m going to go into acting,’ they’re like, ‘No. That’s not a viable thing for you,’” Quaid says. “But they were always super encouraging; they never pushed it on me.”

Quaid grew up in Santa Monica a “performer kid,” always entertaining his family with magic tricks and stunts at home. His first acting role was in a middle-school production of “A Midsummer Night’s Dream,” in which he played Nick Bottom. “After the first night when I got my first laugh onstage, I think that was the moment of, ‘Yeah, I want to do this for the rest of my life,’” he says.

He moved to Manhattan in 2010 to attend New York University’s Tisch School, first in the Experimental Theatre Wing and later at Stonestreet Studios, the program’s film and television branch. “I never did a play in college only because every single month I had to be a part of this team where I had to write and perform a live sketch comedy show,” Quaid says of the famed NYU sketch comedy group Hammerkatz, which boasts Donald Glover, DC Pierson and Rachel Bloom as alums.

The summer after his freshman year, he landed his first acting credit. It happened to be in one of cinema’s most successful franchises: “The Hunger Games” and, subsequently, “The Hunger Games: Catching Fire”; he played Marvel. “I didn’t expect Hunger Games to be my first thing, just based on who I am,” he says. “I expected to be, like, a friend in a romantic comedy or something, and instead it was, ‘Oh, I’m a child murderer.’”

Quaid left Tisch after three years and spent many spring breaks auditioning in Los Angeles. Though he didn’t finish his degree, the timing of “Vinyl” played out in a rather symbolic form. “Very coincidentally, my graduation speaker would’ve been Martin Scorsese, but instead I was working with him that summer,” Quaid says. Rightfully so, “I’m still freaking out about it.”

“Vinyl” was his first pilot. Months after his audition, he got a callback to Scorsese’s hotel room; the director was in town promoting “The Wolf of Wall Street.” “I think I just blacked it all out. It was the most nerve-racking,” Quaid says of the meeting. “But you go into the room and he’s just the nicest guy. He’s just a film nerd and he has such passion for what he does.”

In “Vinyl,” Quaid plays Clark Morelle, a junior-level A&R executive he describes as “the least cool person in the office.” “What I like about him is that being a person in the record industry is historically a very cool job,” he says. “To take a character who is such a square through this crazy world of sex, drugs and rock ’n’ roll, that was the most fun part — because that’s who I feel like I’d be, if I had the job. So it wasn’t too much of a stretch.”

His pedigree might rebut that claim. Quaid, a longtime Rolling Stones fan, got his first taste of live music at a concert where his future executive producer performed. “My dad was shooting a movie in Toronto, and he got wind of a Rolling Stones secret show at a bar,” he says. “So there I was, 10 or 11 years old, at a bar, watching the Stones do all their hits. It was amazing.”

This early training would serve him well when the time came to embody Clark. “When I was growing up it was kind of the boy band era, and I was not into that. All my friends were, and I remember being very upset that I wasn’t, like, ‘Why can’t I be into ’NSync?’” he recalls. “My dad would play classic rock in his car, and that’s the music that I fell in love with.”

Still, the secret Rolling Stones concerts and hotel room auditions with Marty are threatening to blow Quaid’s cover as the rock-loving nerd. He, however, maintains his innocence. “I just don’t consider myself a cool person at all,” he insists. “My whole thing is, ‘Am I too square? Am I going to be too square?’”