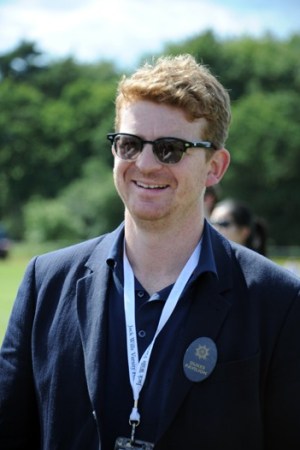 “Apparently, Henry VIII used to shoot here, and we’re making way for the new guard with silent discos, live bands, and lots of big hair,” said Peter Williams at the annual Jack Wills Varsity polo event at Guards Polo Club in Surrey, England, on Saturday. Williams, who co-founded the company, played host to hundreds of bright young things as Oxford squared off against Cambridge, Harvard took on Yale, and Eton galloped against Harrow.

Their exams all finished, guests streamed in from private schools and universities across Britain for the sports, socializing, silent disco — and gallons of that British summer staple, Pimm’s. Alannah Weston, whose family has a home near the grounds, reminisced about her days on the pitch. “I was the first woman to play on the Oxford polo team in 20 years — but it certainly wasn’t anything like this. No marquees, no Pimm’s — and certainly no crowds to watch us,” she said.

The gang partied until midnight, when it was punctually ejected by the club, which was preparing for the Queen’s Cup Polo event the following day.

“It’s the biggest day of the year for Guards Polo Club,” said club chairman Colonel Paul Belcher. “Which is why I’ve brought in the very best ex-army bouncers to get everyone out.”