The entrepreneur was an early advocate for casual dress codes, environmentally friendly practices and artist collaborations. 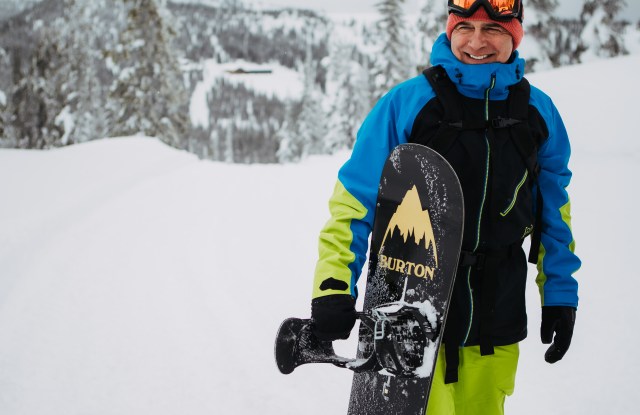 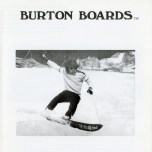 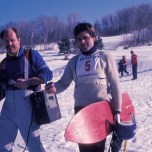 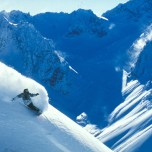 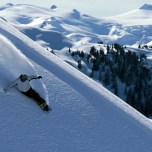 Jake Burton Carpenter didn’t just build a brand — he built a sport and an industry.

Charismatic, unaffected and individualistic, Burton spent his entire adult life championing a sport that early naysayers repeatedly tried to write off as a fad. Carpenter, 65, died Wednesday at the University of Vermont Medical Center. The cause of death was due to complications from recurring testicular cancer, a Burton spokeswoman said Thursday.

What started in 1977 as a business built from a Vermont barn has evolved into a global business with 1,050 employees at its headquarters and 64 freestanding stores. Carpenter truly lived the brand, wear testing as many products as possible, and trying to snowboard more than 100 days each year. He not only supported riders with products and endorsement deals, but he and wife Donna Carpenter introduced instructional programs as well.

In a WWD interview in 1999, when his $300 million company controlled about 40 percent of the snowboarding market, Burton said, “What you learn from watching other companies’ mistakes is that you can’t be too humble. Your biggest threat is your ego. I’m reminded of that all the time. Fortunately, not in a catastrophic way.”

With 7.56 million participants in the U.S. last year, snowboarding’s domestic base is about half that of skiing. But that is a strong showing for a sport that only started to gain ground in 1977 when Carpenter launched his company in a Londonberry, Vt., barn. The global snowboard equipment industry is expected to exceed $352 billion in annual sales by 2023. Burton had outfitted the American team for the past four Olympic Winter Games by partnering with U.S. Ski & Snowboard.

Vermont Gov. Phil Scott said in a statement Thursday, “It takes millions of years to move mountains, but Jake Burton Carpenter was able to do it in a single lifetime. From snowboarders being chased from the slopes to Olympic gold medals being placed around their necks, Jake led the way and changed winter as we know it. We are forever grateful for his contributions to Vermont and snow sports around the world.”

Columbia Sportswear’s chief executive officer Tim Boyle said Thursday, “He built an industry of sport. I mean, who else can say that other than James Naismith, the guy who invented basketball? There aren’t many individuals who can be credited with an incredibly popular global sport.”

Born In New York City, Carpenter learned to ski as a child and later studied at the University of Colorado at Boulder before heading back east “lonely and sad” after his mother and brother died. After studying economics at New York University, he worked in mergers and acquisitions at a small Wall Street investment firm but exited after six months. Carpenter once explained in an interview, “I wasn’t loving it. But I got to talk to the entrepreneurs whose businesses we were selling. I was amazed that they didn’t intimidate me. I remember thinking, ‘This isn’t any tougher than the lawn-mowing business I started in high school.’”

He relocated to Londonberry, Vt., using money he inherited from his mother to start Burton. Two years in and $100,000 in debt, he decamped to Manhattan for the summer, where he taught tennis during the day and bartended at night. Carpenter spent much of the Eighties trekking to trade shows in Las Vegas and visiting specialty retailers across the country. He also lobbied ski resorts to allow snowboarding and set up offices in Austria and Japan. In 1994, he became the first to go after women’s snowboarding apparel and he added children’s apparel a few years later. To propel women’s interest in the sport, Burton sponsored a women’s demo tour and enlisted the help of elite riders like Olympian Shannon Dunn and Victoria Jealouse.

Through the years Shaun White, Kelly Clark, Ross Powers, Mark McMorris, Terje Haakonsen, Anna Gasser and Chloe Kim have been among the legions of riders who have had the support of Burton, or still do. Staffers at the Burlington home office were also encouraged to use the all-season passes at Stowe that the company gave them, spending between 20 and 80 days on the slopes.

In 1999, Carpenter described his management style to WWD as, “No one is too uptight about schedules as long as the work gets done. It’s sort of like snowboarding. The emphasis is on performance and having fun.”

Five-time Olympian Clark, who retired from the sport last year but still works with the brand, said Thursday via e-mail, “I am so grateful for the impact Jake has had on my life and on snowboarding. Over the last 20 years, Burton has been more like a family to me than a company. His legacy speaks for itself and won’t be forgotten. My heart goes out to the Carpenter family. Thank you, Jake!”

Ben Pruess, president of North American Retail for Tommy Hilfiger, and a former professional snowboarder, said: “Jake’s impact on the snow and action sports industry cannot be overstated. It equally goes almost without saying that his impact extends well beyond his sport and into the larger culture and fashion of today. While there are many that helped shape the sport. there is simply no one as pivotal to its creation and evolution as Jake. He took a product and turned it into a way of life.

“Like the skateboarding and surfing pioneers of their respective sports, Jake’s vision and passion gave birth to the sport and a culture. In doing so, he laid down the framework for all of us — where friendship, family, freedom, creativity, community, passion and a joy in the snow is true north…He was a great American entrepreneur and for people like me and all the others who wanted to chase their dreams to succeed, he was a role model more relatable then the traditional titans of industry.”

Former pro snowboarder and former World Snowboard Tour president Reto Lamm reiterated that snowboarding “wouldn‘t be what it is today without Jake.” Lamm, who now serves as Bogner’s global brand director, said, “His positive attitude and philosophy were essential to the global snowboard scene and many snowboarders today follow his principles. Jake mainly influenced winter sports. He was and forever will be the center of our snowboard culture.”

While ski resorts were not gunning to welcome them, one exception was Stratton, which greenlighted the sport in 1983. Over time others followed, and by the Nineties snowboarding and Burton were casting a longer shadow on the mountain. But Carpenter was always strategic with his expansion plans. “The perception is that we underproduce. The truth is we manufacture what we’ve sold and no more. We don’t make product on speculation. That’s a risk that can outweigh any short-term gain.”

Burton dismissed the idea that he invented snowboarding in the 1999 WWD interview, noting that the first one dated back to the Twenties. The “snurfer,” a short ski without steel edges, bindings and a tip that was introduced in the Sixties, introduced many, including Burton to the sport. Sherman Poppen is credited with creating the snurfer, which was used mostly recreationally like a toy. But Burton elevated the concept into more of a sporting good, personally making snowboards by hand.

Last year unveiling Mine77, a limited-edition collection, Carpenter admitted in a WWD interview that he was looking for a get-rich-quick scheme and a way to attract women when he started his company. It all worked out: Carpenter’s wife Donna has worked at the company for most of his career. The eco-minded couple have ingrained those values in the Burton brand, which recently became a certified B Corporation that adheres to set environmental and social responsibility standards. In May, Burton pledged that all female athletes sponsored by the company would be protected during and after pregnancy and their contracts will be updated to reflect that.

His medical battles included a testicular cancer diagnosis in 2011. Four years later he was immobilized by Miller Fisher syndrome, a rare form of Guillain-Barré syndrome. During that near-fatal bout, the athletic entrepreneur spent seven weeks in a hospital bed paralyzed except for his hands, reliant on a respirator and breathing tube to stay alive. In highly unconventional move, he sent a companywide e-mail on Nov. 9 to inform them of what turned out to be a fatal cancer, assuring them that “everything is in good hands.”

When snowboarding became an Olympic sport at the Winter Games in Nagano, Japan, in 1998, Burton was cheering on the U.S. team in the pouring rain. At the 2002 Winter Olympics after Clark struck gold at the age of 18 and her fellow Burton-sponsored rider Ross Powers did the same, Burton and a handful of his riders hosted nightly low-key parties at Mountain Logic in Park City.

More than anything, Burton wanted the sport to be respected as much as any other, and to shed its alternative image. Referring to how some of the snowboarders were 15 feet out of the halfpipe doing flips and sailing 30 feet skyward, Burton said, “They take a lot of risks and are as sharp as any athletes out there. People are starting to see these riders as athletes and hopefully won’t stereotype them as freaks.”

In addition to forging snowboarding into a world-class sport, Burton organized the U.S. Open Snowboarding Championships, and introduced Learn To Ride, family-oriented instructional programs that now have 130 locations. In 1995, he and his wife started the Chill Foundation, working with social service and mental health agencies, juvenile justice programs and local school to teach youngsters the sport and provide them with the equipment that is necessary. The organization helps about 2,000 individuals each year.

The social media world lit up as soon as the news of Carpenter’s death was made public Thursday morning. Most of the comments on the company’s Instagram page were simple, merely saying: “Thank you, Jake.”

X Games posted on Twitter: “Our X Games family would like to send our heartfelt condolences to Jake Burton Carpenter’s family, the Burton Snowboards family and everyone in the action sports community that has been impacted by Jake’s legacy. Jake will forever be in our hearts.”

Sen. Patrick Leahy of Vermont said Carpenter “was the soul and patron saint of snowboarding, and a beloved Vermonter whose vision has had worldwide reach. #RideonJake.”

NPR’s “How I Built This” posted a link to the podcast that aired last year with the entrepreneur “in remembrance of Jake’s legacy.”

Mocean Cape Cod, a retailer in Mashpee, Mass., wrote that the company was “devastated by the news” of Carpenter’s passing. “Jake was a pioneer and visionary and built more than a company. He built a sport and an industry that will continue on as his legacy.”

Outside Magazine said on Twitter: “RIP to a legend.”

Plans for a service have not yet been finalized. Burton is survived by his wife, his three sons George, Taylor and Timi, and his sisters Katherine McCallum and Carolyn Wright.