WWD sat down with the actors to talk about their past and current work on stage and off. 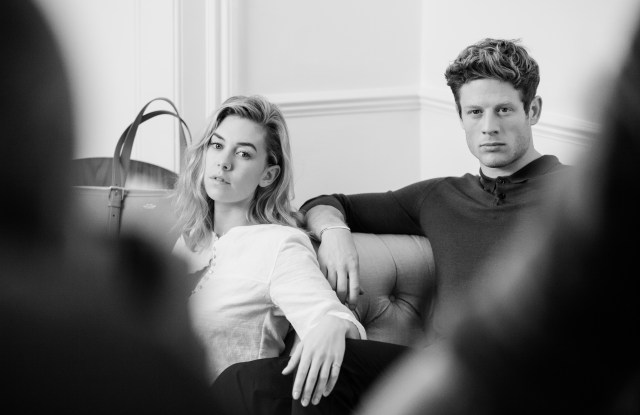 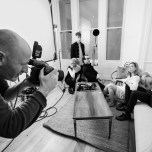 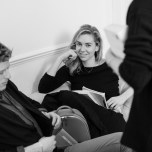 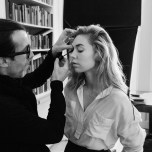 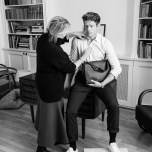 LONDON — Smythson’s new brand ambassadors, the British actors James Norton and Vanessa Kirby, are featured in the brand’s spring campaign, photographed by Paul Wetherell. They also appear in an accompanying film called “Insight Into an Actor’s World.” Shot in London at locations including the Southbank Centre and the National Theatre, the short movie features Norton and Kirby rehearsing on the set, and offers a glimpse of them as theatrical performers. WWD sat down with the actors to talk about their past and current work on stage and off.

WWD: What was your experience like working on the BBC’s recent TV adaptation of “War and Peace”?

James Norton: It was an extraordinary six months. I think we were all aware of the responsibility when you take on a project like that, and the magic of the book and the places the locations we were filming in, and the people involved. When we shared it with the public there was a nervousness. It was lovely that people got it and the public came with us on that journey and so it was very, very special.

WWD: What are you currently working on or can you tell us about some of your future projects?

J.N.: I start rehearsals on Monday for a production of “Bug,” at a new little theater on Charing Cross Road (Found 111, a temporary space on the street). It is a Tracy Letts play. I’m doing a play for the first time in four years.

Vanessa Kirby: I’m doing “Uncle Vanya” at the moment and then “A Street Car Named Desire” off-Broadway in Brooklyn. I start at the beginning of April. But it is really interesting to revisit it after a year and a half because you’re kind of a different person, so it will be like a whole new Stella in a way. (Kirby played the role in London in 2014 at The Old Vic.)

I’m really excited to do it in New York. It’s such an iconic American play. Before New York I’m going to spend some time in Mississippi and then New Orleans. I’m going to do like three or four days in each. I think (the production) will be more grounded, and we all know each other really well as a company so I think it will be really wonderful.

WWD: What else are you working on?

V.K.: There’s film called “Kill Command” which is completely different and is about the U.S. military drones and artificial intelligence in arms and warfare. This is something I got so fascinated about. It is a kind of dystopian sci-fi about what intelligence we’re now using in war and how dangerous that is, and how we could be endangering the entire planet with this technology. It’s about those companies that are making a lot of money out of killing people. It’s horrible.

Then, there’s film called “Genius” which is Michael Grandage’s first film. It’s with Colin Firth and Jude Law and it’s all about F. Scott Fitzgerald and those writers, so that ties with Smythson. That’s just been in Berlin, it’s open in a few months. May 13th.

Michael Grandage is a theater director, and it’s his first film. I’ve been really lucky to work with a lot of theater directors in the film, like Stephen Daldry on “The Crown” and Richard Eyre on “The Dresser.” There’s a real crossover now, which is wonderful. I don’t feel like I’m ever leaving my roots, which is good.

WWD: How would you describe your style?

JN: It’s quite like Smythson I think, quite classic. Smythson is that wonderful balance between heritage and craft but also it’s modern and it’s sexy and it’s useful, very present. I always wear leather shoes and I love a good suit and tailored clothes but hopefully I don’t look like my dad. Classic English look with a bit of a modern twist.

VK: Scruffy. I love the Sixties and all those iconic women, Bridget Bardot and things like that, so I tend to lean towards those sorts of things. But these (Smythson) things help me clean up my act because they’re so beautiful and something like that can instantly complete even a simple outfit. Just simple things, I like black and white, monochrome, I like suits.