Who knew this dedicated chronicler of the upper class had anything to say about anything other than rich people? 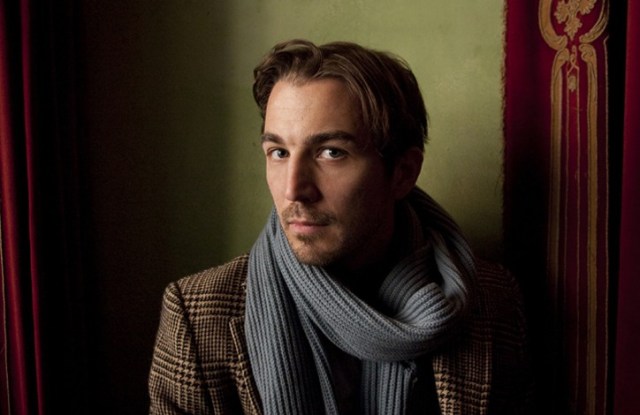 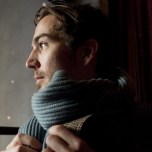 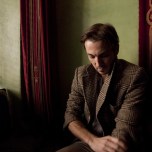 Who knew Jamie Johnson had anything to say about anything other than rich people? I met the dedicated chronicler of the upper class at the Gramercy Park Hotel the other night expecting an hour of deadpan musings on the lives of Manhattan’s elite. Johnson, of Johnson & Johnson, has made two documentary films on the subject. He writes a weekly column about the rich for vanityfair.com. Last year, he launched a small collection of expensive tailored clothing (coming soon to Bergdorf Goodman) and named it Black Sweater in an obscure reference to a outdated tradition of social ostracism in Jupiter Island that has evolved into a playful joke among the rich. Right now, he’s in the midst of making another documentary for HBO, which is “about similar themes as my last films,” says Johnson. “But I probably shouldn’t get into it.”

So, it’s about rich people?

“Actually, it’s about society with a capital S,” says Johnson. He just started filming a month ago and, by his estimation, the release date is at least a year and a half away, so there’s really not much to talk about at this point. Which is fine, because what’s more interesting right now is the fact that Johnson is wearing bright red socks and today is Valentine’s Day.

No, it is not a show of romantic spirit. Johnson is, in fact, firmly against Valentine’s Day. He repeatedly refers to it as a “construction.” As it turns out, Johnson has come straight from the dentist where he had three cavities filled (even the rich have weak enamel). He’s pumped full of novocaine and has to concentrate extra hard when he sips his water to avoid dribbling all over himself like a baby. The socks, he says, were an attempt to add a little color to a day when he was faced with a drill in the mouth. Using socks as a mood enhancer is not typical for him. “Not only am I not thinking when I put my socks on, I also don’t have that many options in the sock drawer.”

Regardless, this conversation has provided a seamless segue into a subject on which you can really get Johnson going: women. Specifically, what has he learned about them?

Johnson does not deflect. He perks up. “That’s a great question,” he says. He thinks he knows a thing or two about the female species and is openly eager to take on such a topic.

Johnson’s lack of enthusiasm toward Valentine’s Day isn’t anyone else’s problem this year because he isn’t dating anyone at the moment. Did a sad face accompany that answer or was that the novocaine? Surely this can’t be true. He, a straight, 31-year-old, good-looking guy with an excellent command of vocabulary, who is over 6-feet tall and also happens to be loaded with a capital L?

It’s not because he finds dating in New York difficult — rather, being single is just so easy here. “No one in New York feels like they have to be with one person out of necessity,” he says. “People here have a higher threshold and it’s a wonderful thing for some of the challenges that being single presents. There are certain vulnerabilities and insecurities that go along with not being linked to another person in a contractual way, even if it’s an unspoken contract. People in New York manage that pretty well. I prefer choice and desire over convention and limitation.”

Yes, Johnson really talks like that. But in person, the lofty, intellectual tone is offset by the fact that he’s casual and engaging and does not seem to take himself entirely seriously. Besides, if you get past the affected language, his point of view has a poetic ring to it. Single people in New York, we’re all in this together.

“The worst thing you can do in a relationship, and what’s really unattractive about it, is that people begin to limit each other,” he says. “And because they’re insecure, they’re like, ‘Hey, no, you can’t go and f–k that other person because it’s going to make me feel like s–t about myself.’”

First of all, that boils. I point out that relationships, marriage in particular, are by nature limiting — that’s kind of the point — and Johnson contends that’s mainly because people are terrified of abandonment, which is toxic. People shouldn’t not sleep with other people because they’re afraid their spouses won’t talk to them again. They should not sleep with other people because they don’t want to. Furthermore, married people are supposed to want what’s best for each other, and sometimes a little action on the side can do a body good. Johnson says, “What if it really were in your best interest to go and have an amazing romance with someone who made you feel better and made you look better and it was just, like, this really satisfying experience?”

I would say that’s a beautiful thought, especially when you’re the one who is never insecure and gets to have all the action.

Just to be clear, we’re talking about open marriage, right?

“Not necessarily,” he says.

This is all unresolved in Johnson’s head, and admittedly a “messy, messy topic,” but a fun one. It also has the potential to make him sound like a pompous ass in print, which could be why he has another thought to add via e-mail at 2:12 a.m.: “As much as I believe in everything we discussed — freedom of choice, desire over need, etc. — I also just simply love women. I was very close with my mother growing up. I have four older sisters who were an important part of my life. And I’ve been very close to all the women I’ve dated. I feel most comfortable around women. That’s part of the equation, too.”

I would have considered it damage control, but then came his response to my request for clarification on the circumstances under which he sees himself getting married: “I think that if I were in a satisfying marriage I would probably choose monogamy, but I wouldn’t want that to be a requirement.”