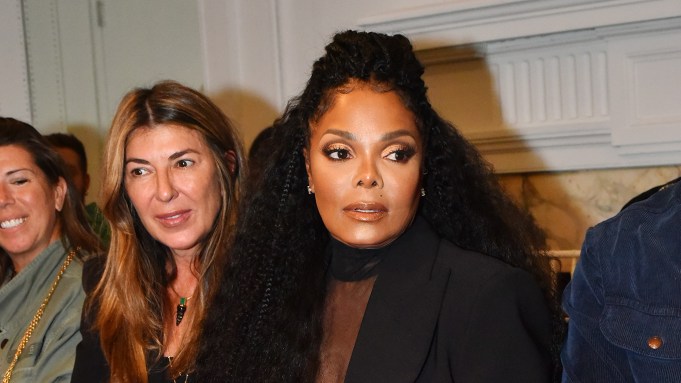 “I don’t know if ‘excited’ is the word,” said Coco Rocha, when asked how she felt that New York Fashion Week was once again upon us.

Whatever the emotion, NYFW indeed has made its return, with Christian Siriano kicking things off a few days ahead of the actual schedule for his latest show, held in the Elizabeth Taylor town house on 56th Street in Midtown Manhattan. Rocha, a longtime Siriano face, was in the front row this time, joined by her husband, James Conran.

“Sometimes I walk, sometimes I sit for Christian,” the model said.

The couple were on their first fashion outing of the week, which happened to be their daughter’s first week of school as well.

“Right now she’s in her first gymnastics class,” Rocha said. “This is our first experience this New York Fashion Week, better than ever to have Christian as your introduction to this. And we see Janet Jackson is going to be sitting right there,” she said, motioning to a couple seats down from her.

Jackson was indeed the most anticipated attendee of the evening, arriving once security had scoped out her seat, nestled between Nina Garcia and Derek Blasberg, down from other VIP guests including Alicia Silverstone and Maye Musk. Ever media trained, she took in the (rather lengthy) show with the ultimate poker face, only breaking for a smile when Siriano came over during his end-of-show lap to bow in her presence.