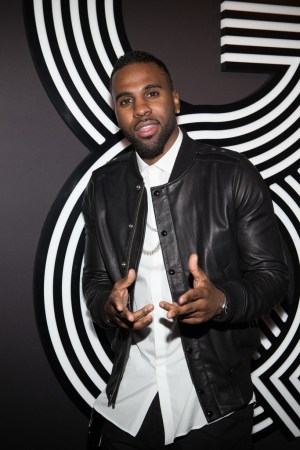 Jason Derulo will serve as host of the 2016 iHeartRadio Music Awards.

The awards show — which will be broadcast on TBS, TNT and TruTV on April 3 -—will feature performances by Justin Bieber, as well as 2015’s beloved breakout Fetty Wap, Joe Jonas‘ band DNCE, Demi Lovato, One Directioner-gone-solo Zayn Malik, and Meghan Trainor. The remaining performers will be revealed in the coming weeks.

The iHeartRadio Music Awards are largely fan based. Fans will have a chance to declare the winner for this year’s new categories “best cover song,” “best song from a movie,” “most meme-able moment,” and “biggest triple threat.” Fans will also vote on “best fan army,” which sets to honor the Beliebers, Lovatics, Directioners and Swifties in us all.

The other category that most strongly suggests the age bracket of the awards show’s fan base is the award for “most meme-able moment,” where fans will choose from contenders including “Katy Perry and the Left Shark [from Super Bowl 49],” “Taylor Swift’s ‘Crazy Girl’ with Running Mascara [from the ‘Blank Space’ video],” and “Adele and all of the “Hello” memes [Lionel Richie, Miss Piggy, etc.].” Because if it wasn’t meme’d, did it really happen in music this past year?