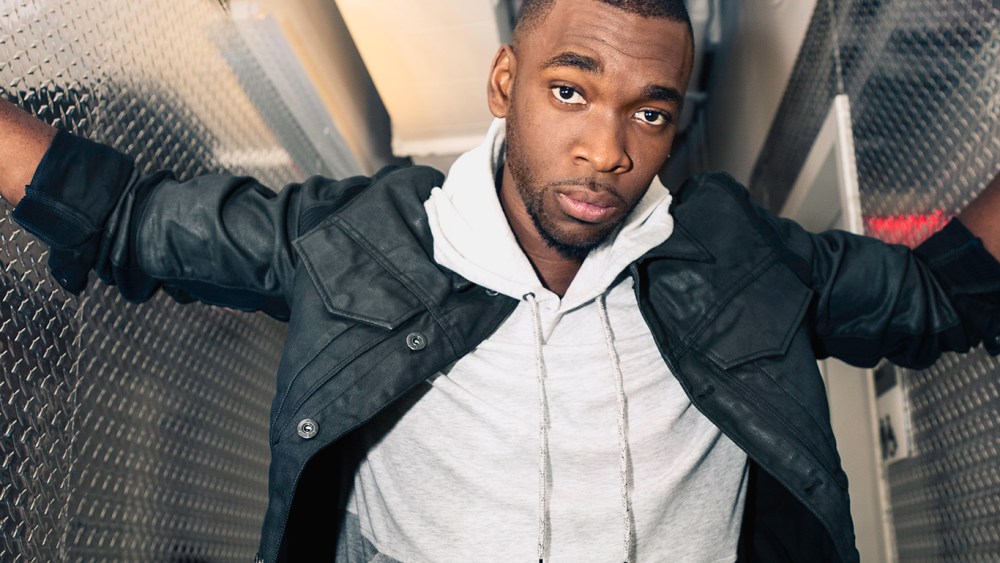 “I know myself well enough now to, if I smell something fishy, I’ll pull out a ‘no,’” says Jay Pharoah. Send your nonsense elsewhere, please.

Pharoah is the star of Showtime’s “White Famous,” a comedy series based loosely on Jamie Foxx’s early career. Pharoah plays Floyd Mooney, an up-and-coming comedian struggling to land the type of roles that will make his career.

“I felt like a lot of [Floyd’s] struggle mirrored mine,” he says. “The fact that he doesn’t want to lose his morals while he’s wildin’ and the fact that at the end of the day, he wants to make sure that everybody is taken care of. He really has to make some tough decisions and those things push me toward the character.”

Throughout the series, Floyd is approached for bizarre roles and put in uncomfortable — and often racially insensitive — scenarios. “I’ve been definitely approached and had some weird things proposed,” says Pharoah, without offering specifics. “I know myself and I know my moral code and I’ve turned them down. It’s just not something I find advantageous for my career to just do everything. I think you have to have some grounding. That’s the most important thing, definitely.”

As a child, Pharoah knew he wanted to be in the limelight. He would watch comedians such as Eddie Murphy, Chris Tucker, Chris Rock and Tracy Morgan — “all these folks who are ultimately white famous.” He started doing impressions when he was six years old and would try them out in school on his classmates.

“I wasn’t the class clown all the time,” he admits. “I have a shy side to me — a very shy side. When I was younger in school, I would be more fierce with that type of thing. The teacher would leave the room and I’d be impersonating the teacher. One of the kids would stand and look out and make sure she wasn’t coming back and if she was, they’d tell me.”

Pharoah joined the cast of “SNL” in 2010 and quickly garnered attention for his spot-on impressions — Barack Obama, Ben Carson, Jay Z, Drake — which he’d often perform in rapid succession. He stayed on the show for six seasons until August 2016, when his contract wasn’t renewed. He has spoken out about his frustrations with the show; in April, he told radio station Hot 97, “They put people into boxes and whatever they want you to do, they expect you to do.”

When asked whether “White Famous” gave him more creative freedom, Pharoah responded with the following: “I’m not even going to compare that. What I will say is ‘SNL’ was a great springboard. I was very happy with my time there, and I feel like if it wasn’t for that show and the connections and opportunities, I wouldn’t be saying this right now. ‘White Famous’ definitely shows a serious range of talent. I’m the lead man of a series now. I’ve never had that, so people get to see the chops and I’m really proud of the work that I put into it.”

The show reunited Pharoah with Foxx, who he first met on the set of “SNL” in 2012 and who is the executive producer of and appears in one episode of the new series. “[Foxx] was a fan and he was saying, ‘I’d love for us to find something to work on together,'” he recalls. “When this opportunity came, it was like lightning.…Great guy, very supportive and if you need anything, he’s definitely there.”

After the show’s premiere on Sunday, it’s back to the grind for Pharoah. He has a new movie called “Unsane” coming out next year, as well as a stand-up special.

“I have a lot of things in the works,” he says. “I’m just trying to get through promoting for ‘White Famous’ so people will look at this show and eyeballs will be on it. I’m sure they will be, but you gotta solidify that position. After that, it’s back to grinding and working and getting those movies out the way.”