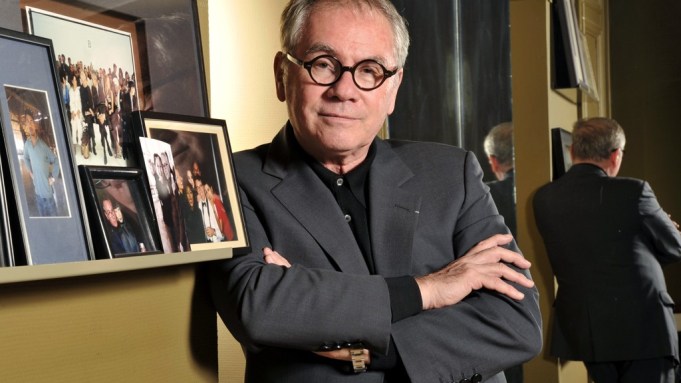 PARIS — There is no single path to success as a designer, editor or public relations professional, according to a man who has witnessed four decades of fashion history in France.

In a dense new book comprising 30 interviews with famous names and hidden talents, Paris-based fashion consultant Jean-Jacques Picart gleans life and career lessons — and unearths some candid snapshots of yore that alone are worth the price of admission.

The 308-page French-language tome, “Des Vies et des Modes” (“Life and Fashion,” in English), is to be unveiled during couture week. Self-published and sold on Picart’s new Web site and at select booksellers in Europe, its cover price is 33 euros, or $42 at current exchange rates.

Picart, 64, insists the book is not a biography. That will come later.

Rather he sees it as a chance to give keen followers of fashion — and future generations — insights from the likes of designers Dries Van Noten, Helmut Lang and Popy Moreni to fashion scribe Suzy Menkes and the public relations guru Laurent Suchel.

Picart sees “integrity” as a common thread among the diverse, handpicked personalities.

“All of them are very honest. They didn’t pretend to be someone else,” Picart says, his signature knit polo buttoned up to the throat. “There are many ways to be happy in fashion, and not in a fake way with air kisses and all that side, which to me is completely out of touch.”

Another key piece of advice: “Don’t try to please everyone.”

He deliberately chose as his co-author Frédéric Martin-Bernard, a journalist at French daily Le Figaro, because Martin-Bernard specializes in men’s fashions and would bring fewer judgments to the task.

He dispatched Martin-Bernard and armed him with a particular line of questioning, probing the outset of people’s careers, the difficulties they faced, when success finally came, and their vision for their jobs. Picart injects his commentary, in his own handwriting, in the margins, and sits for multiple interviews.

A passion for fashion is another common thread across Picart’s witness accounts.

Menkes relates how, as a fashion student in Paris in the Sixties, she and a friend disguised themselves as cleaning ladies to sneak into a Chloé show by Karl Lagerfeld. Arriving at the venue hours early and clutching brooms, they hid under the bleachers until the collection hit the runway.

Flipping through a proof of the book, Picart explains his choices of subjects: broadcast journalist Marie-Christiane Marek, “because she did a good job in France to make fashion more popular”; Kris Van Assche, “because it was so difficult for him to take the seat of Hedi Slimane (at Dior Homme)”; and Lacoste creative director Felipe Oliveira Baptista, “because he works with his wife, which is not at all the same as a business partner.”

Designers are frank about their challenges and failures, and Picart takes some lumps from some of his former assistants from the days he worked in p.r. beside Christian Lacroix, whose couture house, backed by luxury titan Bernard Arnault, earned an avalanche of acclaim but never a penny.

“It was quite a slap in my face. They are critical of the way Lacroix and I used to run the company. But those were the rules of the game for this book,” says Picart, who worked as a press attaché for a litany of designers, including Guy Paulin, Thierry Mugler and Jil Sander, before launching his own advisory in 2000.

Lang, who exited the industry in 2005, confesses he doesn’t miss fashion’s inferno quality, “that intensity that consumes all.”

Asked about the revival of his fashion house, now under the creative direction of Lady Gaga stylist Nicola Formichetti, Mugler replies: “From what little I’ve seen, today’s collections seem to me a bit backward-looking, though I don’t wish to be overly critical.

“I have the distinct impression that what I consider a minimum service of our profession — knowing how to make a woman beautiful and allowing her to look her best through my clothes — is less of a consideration by designers today.”

Lacroix, who exited the house that bears his name following the shuttering of couture and rtw operations in 2009, muses on his challenges. Yet Picart deliberately includes a recent photo of the acclaimed talent, totally in his element working on elaborate costumes for a recent ballet at the Opera Garnier in Paris.

“Because I want this new generation to understand that there is no end to fashion, if you don’t want it to end,” he says. “It’s not only work or a job or a business; it’s your life.”