The powerful film, which premiered at Sundance earlier this year, features interviews with tech insiders.

Tristan Harris, left, in a still from the film.

During the last election, filmmaker Jeff Orlowski admits he was heavily addicted to Facebook. But that soon changed. In 2017, he began filming his new documentary “Social Dilemma,” which interrogates social media platforms through tech insiders. Newly fortified with behind-the-scenes knowledge about the ways the companies manipulate users to increase and retain engagement, Orlowski decided to delete his Facebook account.

But the social media platform didn’t want to see him go — one less person to market ads to! — and the company had an algorithm ready to tempt him back. “If you stop using Facebook, Facebook will try to resurrect you. It will test out different things to see what might bring you back,” he says. Facebook sent him e-mails. They sent text messages. They sent photos of an ex-romantic partner.

“I looked at Facebook and I was like, this disgusts me now,” says Orlowski, who was born in New York and is now based in Colorado. “I don’t want to be used.”

“Social Dilemma,” which premiered at Sundance earlier this year and is available to watch on Netflix, makes a strong case for users to be wary of free social media platforms. As the saying goes, “if you’re not paying for the product, you are the product” — and the documentary wants the product to be wary, or at least aware of the tactics used to keep the product online and on sale for advertisers to target.

A still from “Social Dilemma.”

Orlowski rounded up sit-down interviews with an impressive slate of tech insiders and academics, including former Pinterest chief executive officer Tim Kendall, who also previously directed monetization strategy at Facebook; VR pioneer and outspoken tech activist Jaron Lanier; “infinite scroll” creator Aza Raskin, and Justin Rosenstein, who created the Facebook “like” button. Many of those figures have criticized the addictive nature of the technologies they helped to create; many have also become exorbitantly wealthy because of their contributions, a tension that goes mostly unspoken in the film.

“It was really, really hard to find people who were willing to speak out against their company. There’s a phrase that people use in Silicon Valley, called the golden handcuffs. You work at the company and even if you don’t like it, you’re making so much money that you have no incentive to leave,” Orlowski says. “It’s also really hard to speak out against people that you’ve worked with really closely and you’re friends with, and to say you disagree with the fundamental premise of the company you work for.”

Prominently featured in the film is Tristan Harris, who sold his start-up Apture to Google and then was hired by Google to work as a design ethicist. (Orlowski and Harris know each other from their undergrad years at Stanford.) Harris has since become an advocate for digital wellbeing — he released a document, “A Call to Minimize Distraction & Respect Users’ Attention,” while still employed by Google, which makes the majority of its profits by selling ads. 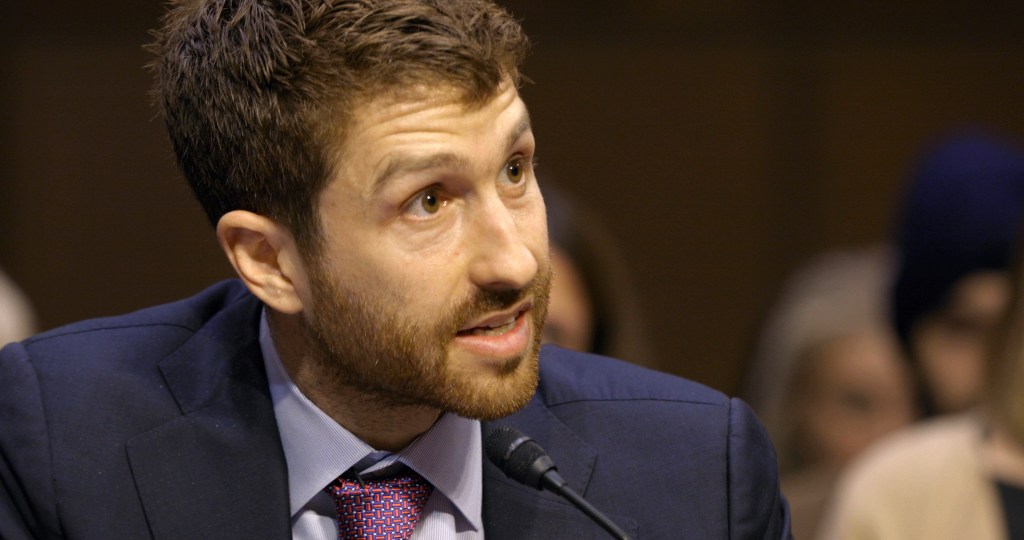 Tristan Harris in a still from “Social Dilemma.”  Courtesy of Exposure Labs

The idea of filter bubblers — a term coined by tech activist Eli Pariser to describe the idea that algorithms increasingly show users information that aligns with their established ideology, cocooning them from opposing ideas — had been in the back of Orlowski’s mind since 2011. But it was Harris’ sitdown interview with Anderson Cooper for “60 Minutes” in 2017 that brought the focus of a documentary front of mind for Orlowski. He previously turned his lens on climate change through his previous two documentaries, “Chasing Ice” and “Chasing Coral,” which explore the disappearance of glaciers and coral reef ecosystems. At first glance, “Social Dilemma” seems like a genre shift.

“I always thought [climate change] was the biggest issue we needed to pay attention to,” Orlowski says. “When we started learning about how our technology is invisibly changing our society, we realized this is a huge, important existential threat.…It was another huge problem driven by a business model that isn’t designed with humanity’s interests at heart.”

When discussing social media, Orlowski draws easy parallels to fossil fuels. As tools, both have the power to connect people across large geographic distances: fossil fuels power planes and cars, while social media allows users to connect with people anywhere in the world without leaving their homes. But left unregulated, both fossil fuels and social media have troubling societal consequences.

“Only years later do we realize there were negative consequences. And the same thing with social media: we discovered that this ability to connect people can have great things, but it also has these huge, huge consequences,” Orlowski says. “That’s what we need to have a reckoning with.”

In addition to traditional documentary techniques, the film incorporates a fictionalized drama narrative to illustrate Facebook’s algorithmic approach to capturing and retaining user attention. Orlowski wanted to illustrate what was going on behind-the-scenes, and decided to anthropomorphize the algorithms. It’s like a more nefarious version of “Inside Out.” “As I was learning more and more about how the software worked, I just kept picturing the algorithms on the other side of the screen,” Orlowski says.

A still from “Social Dilemma.”

The conversation in the tech sphere continues to shift; many companies have paused their AI programs to address questions of racial biases, and earlier this summer, tech leaders were called to address Congress in an antitrust hearing. “Until the companies actively change their financial incentives, meaning they actively change their business model, I won’t trust them,” Orlowski says. “Their incentives still are aligned for attention and eyeballs and getting things to stick. We need to see a real demonstration that they want to build something that puts society’s interests at its core. And I think that does require a huge shift.”

Nonetheless, Orlowski is a tech optimist. “The intention wasn’t to create this behemoth of a monster that we have before us today,” he adds. “I believe that the people who work at these companies are hoping and intending to do well. It’s just that the business model that they are based around set up all these incentives that work against society’s interests.”

Shortly after the film’s Sundance premiere, Orlowski and his team decided to add mention of the pandemic to the film as misinformation about the virus and health and safety began spreading online. “The story keeps changing every week,” Orlowski says. In May, they locked the film for delivery.

Since then, Orlowski and his production company, Exposure Labs, have been focused on connecting the film to change-makers — politicians, tech companies and engineers — and social media users, who ultimately have agency to decide whether or not to use each platform.

Not surprisingly, Orlowski never rejoined social media after making the film. The documentary, however, is active on social media. But instead of angling for followers and likes, the team is hoping to use its social media platform, operating separately from Netflix, as a forum for education and conversation. “We’re not trying to optimize for numbers or metrics or things like that, we’re really just trying to get quality information out to the public,” he says.

And while Orlowski was drawn to Facebook during the last election season, he hasn’t been missing it this go-around.

“I get news from news sources. I hang out with my friends via phone calls and FaceTime,” he says. “I’m using FaceTime with family and close friends almost more than ever during COVID-19. And Apple FaceTime isn’t trying to send me a message, ‘Oh, you know, you should talk to this person.’ They’re not gamifying. They’re just sitting there as a tool waiting to be used for me to connect with somebody.” 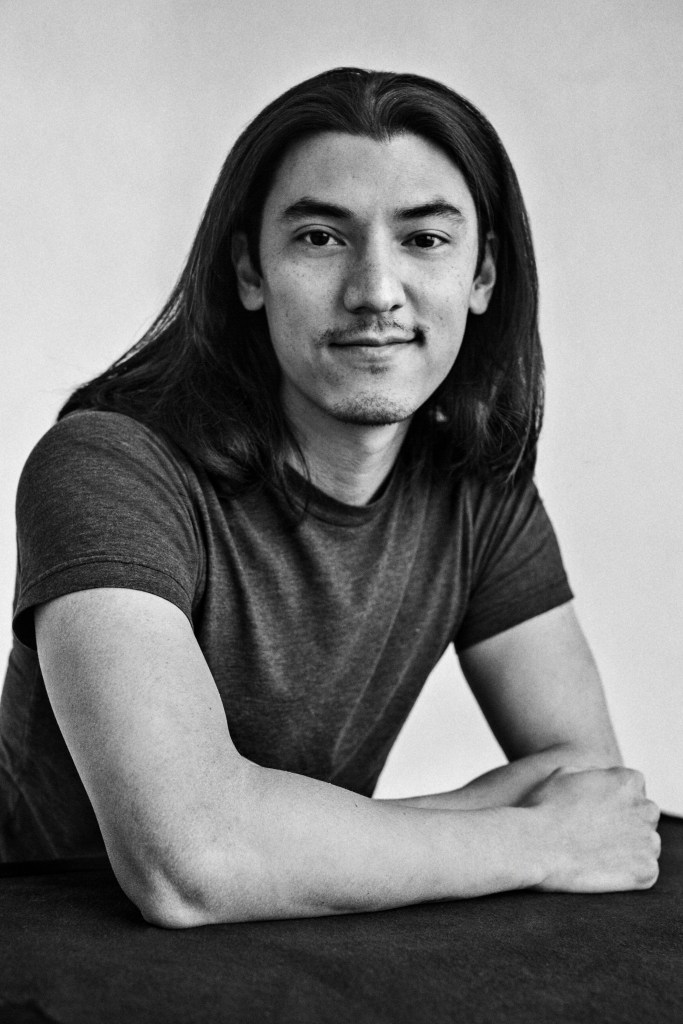