Ahead of her receiving the 2019 CFDA Fashion Icon award, Lopez's longtime stylist, Rob Zangardi, explained what makes her an icon — and what she won't wear.

It’s three days before the 2019 CFDA Awards, and this year’s Fashion Icon Award winner still doesn’t know what she’ll be wearing come awards night. Jennifer Lopez has a fair amount on her plate, though: she’s in the midst of preparing to launch her “It’s My Party” tour, in celebration of her 50th birthday, which her stylist, Rob Zangardi, says is dominating their schedule at the moment.

“We’re actually fitting her tomorrow night because she flew home for her kids’ graduation,” Zangardi says over the phone from L.A. on Friday afternoon. “In between rehearsals, she ran home to go do some graduation stuff, so I don’t see her until tomorrow night — so it’ll be a last-minute thing.”

Celebrity styling duo Zangardi and Mariel Haenn, who is currently on maternity leave, have been working with Lopez since 2011.

“It was kind of one of those dream situations: we got a call that said Jennifer Lopez wanted to meet us, so we went in and met with her and pitched her some of our ideas, and she pitched us some of her ideas. It was when she was coming back out, she had taken some time off for the babies, and then she was coming back and did ‘American Idol’ and it was kind of the reboot of her career,” Zangardi says. “So we were fortunate to be there at that time.” 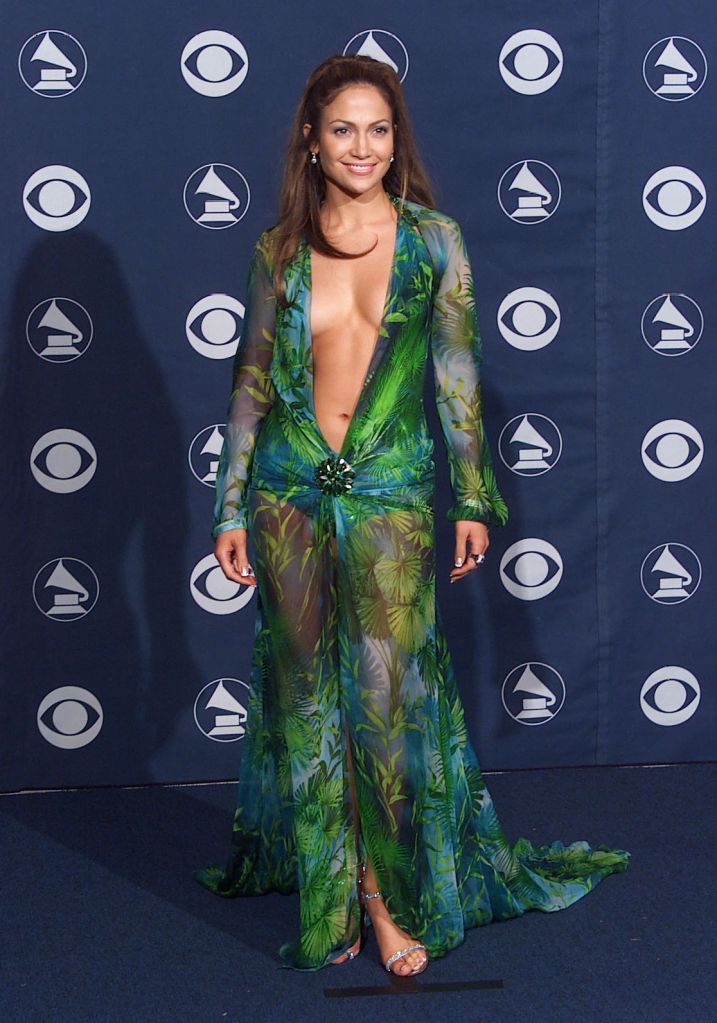 Jennifer Lopez wearing this green Versace dress to the 2000 Grammys was searched so much it drove Google to develop Google Images.  BEI/REX/Shutterstock

Zangardi describes Lopez as a “dream client” because of the multifaceted nature of her career.

“We get to play red carpet when she goes to the Oscars, then we also get to do the Grammys and the VMAs, so you get to push the envelope where musicians have a little bit more carte blanche to take more fashion risks,” he explains.

Zangardi credits Lopez’s green navel-grazing Versace dress, worn to the 2000 Grammys, as one of her most iconic looks — though it was before their tenure of working with her. “It was one of those [looks that] put her on the map back in the day,” he says. Other favorites include the fuchsia Gucci gown they dressed her in for the 2011 Met Gala, and the electric pink Giambattista Valli gown she wore last year while promoting her movie “Second Act.” (Kendall Jenner recently wore the H&M version of the gown at this year’s Cannes amfAR gala.) 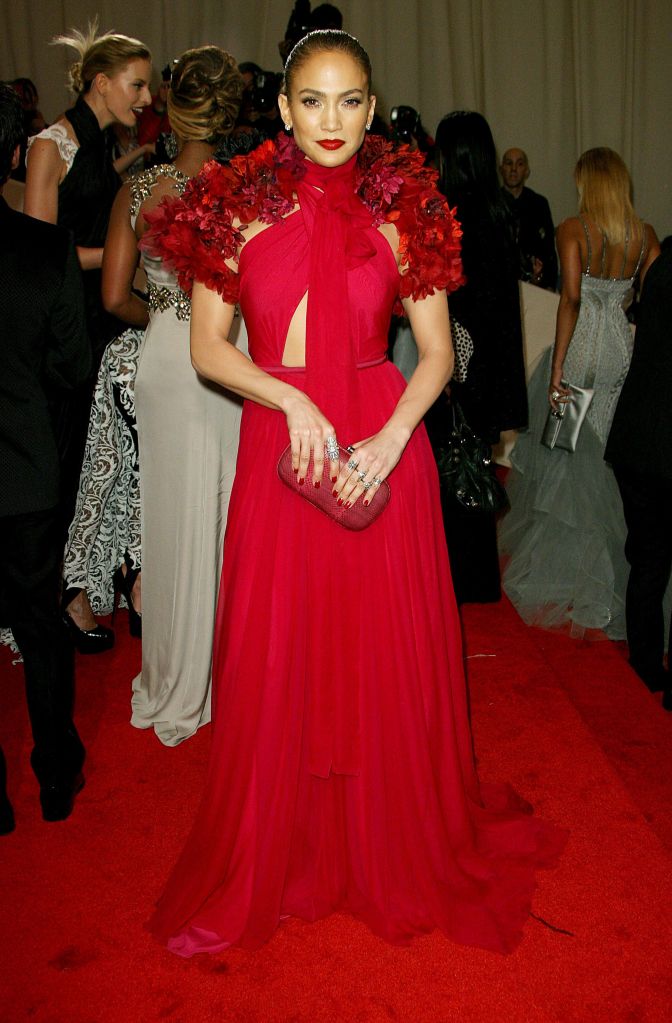 “Not everybody can wear a dress like that,” Zangardi says of the Giambattista. “She never lets the clothes wear her. And I think part of it is just presence and being the queen of fashion. There’s a certain presence when she walks in the room, and I think that that translates to what she wears.”

Lopez, he says, resists trends while always pushing the fashion envelope. “So even when we’re doing music videos and really going with some crazy fashion looks, it always has some sort of timeless appeal,” he says. “And I think that that’s what’s made her last this long in fashion.”

Springing off of the 2000 Grammys dress, Lopez has long been a Versace woman, which Zangardi says works because of the “sexy and iconic, but also classic” nature of the brand. The house is even doing some of the costumes for her upcoming tour. “It’s been a match made in heaven since Day One.”

Lopez pays attention to the runways and frequently sends Zangardi and Haenn things she’ll find on Instagram that she has to wear. And nothing is off limits for her.