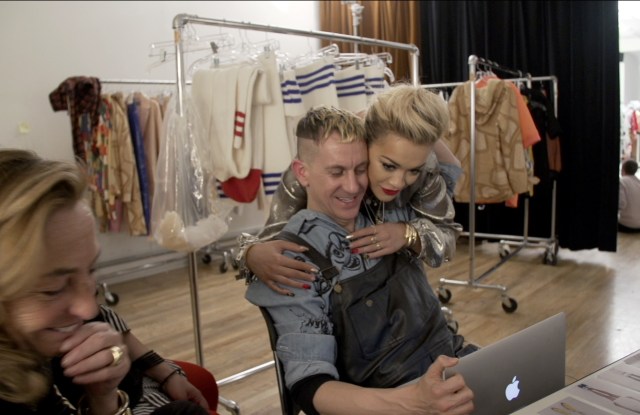 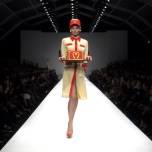 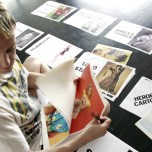 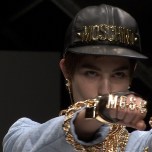 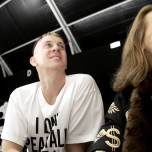 It seems fashion documentaries come along every September, but the anticipation for “Jeremy Scott – The People’s Designer,” directed by Vlad Yudin and hitting theaters Sept. 18, is perhaps more akin to that of a summer popcorn flick than an art house documentary. In short: people are expecting a fun ride. The designer dishes with WWD a few days ahead of the Los Angeles premiere on Sept. 8.

WWD: What did you think when the producers first approached you about making the documentary two years ago?

Jeremy Scott: When he approached me, he did not know — and I had not yet publicly announced — that I was going to Moschino. So that was part of my driving force to make this documentary, for posterity’s sake. I never thought it would be one major event after the other — the Super Bowl, the Met Gala.

WWD: What does the film reveal to people that they might not have known about you before?

J.S.: There’s a lot of people who know the iconic image of Katy Perry at the Super Bowl or Miley and me after my first Moschino show, but in this film, you see Katy and I in our car on the way to the Met and in the locker room bathroom before she goes on to the Super Bowl field. You get these behind-the-scene glimpses of what happened before all these moments.

WWD: Does the film delve into your childhood as well?

J.S.: Yes, you get the backstory of where I come from and how I grew up and my ascent into fashion. A lot of people see successful people and feel like, “Wow that could never happen for me,” but I was born dirt poor and there were times I was homeless in Paris trying to make my way. I wasn’t born with a name or social entrée into the fashion world. Vlad went back to the farm to talk to my family.

J.S.: In a sense, yes, it’s the ultimate success story. That may be a tale as old as time but one not seen through this lens, nor is it a bad thing to be reminded of. I hope this can serve as an inspiration to anyone with a dream.

WWD: Does that go beyond fashion?

J.S.: My work is always about touching people’s lives; it’s about so much more than just clothes and fashion. I hope the film conveys a sense of my way of wanting to communicate with people. In one aspect it’s very entertaining, but you also get the behind the scenes stress of that.

WWD: Why the title “The People’s Designer?”

J.S.: Fashion can be very elitist and I’ve always been a populist. I know my work isn’t for everyone, nor would I want it to be so mundane to appeal to everybody. Love it or hate it, you can’t dispute how much heart I put into it and how seriously I take it, even though I use humor, which isn’t traditional. Fashion people also don’t have a lot of humor.

WWD: Were there ever times you wished the camera was off?

J.S.: It didn’t ever bother me too much and personally it wasn’t invasive. The only time was when they wanted to follow me in L.A. in my car. It was kind of stressful to have them follow me to SoulCycle like some tabloid celeb, which I am not. And it’s not even in [the film].

WWD: But it can’t all be flattering, having your every waking moment filmed.

J.S.: I don’t always look glam. It’s not like an Instagram post with a filter and airbrush. There are times when I look hideous because I haven’t slept for a week. I’m eating and I’m chewing and my mouth is wide open. I just had to grin and bear it.