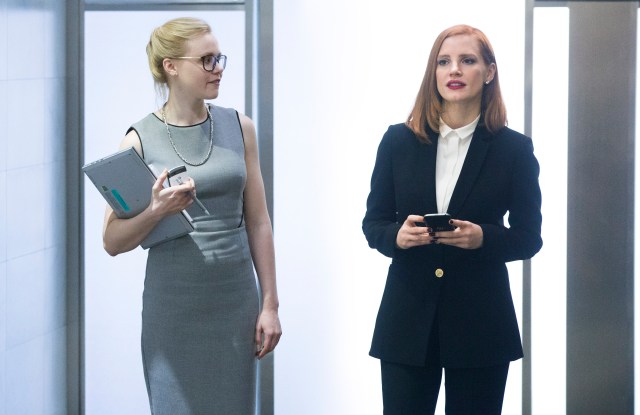 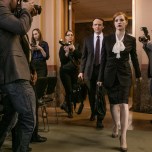 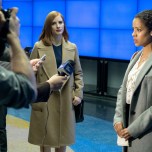 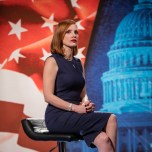 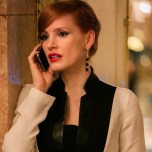 In “Miss Sloane,” Jessica Chastain plays a power lobbyist with an equally heavy-hitting wardrobe of designer suits, killer heels and luxe outerwear. There is of course, a bit of Hollywood storytelling at work, both in the twisty, improbable plot and the fashion quotient, but costume designer Georgina Yarhi said her methods were reality-based.

“Jessica and I began by researching lobbyists. What shocked me was that they make as much as $20 million a year. Then we delved into what the women looked like,” she said. “Some of them were pretty high-end. They may not have been as au courant, let’s say, but they still were going for very expensive things.”

Chastain met with top female lobbyists in Washington “and she came with very strong ideas,” noted Yarhi. “Her character has no interest in fashion; it’s about how she presents herself.” For these women, clothing is armor, not a pastime, and they approach buying a wardrobe like a work appointment.

Because the film was shot in Yarhi’s hometown of Toronto, she utilized The Room at The Bay, Hudson Bay’s designer shop-in-shop, which has also helped dress Chastain for her Toronto Film Festival appearances.
“I asked the head personal shopper if I could use their Platinum Suite for the fittings. I treated it as if Elizabeth Sloane were coming in to buy clothes twice a year, and they’d bring out all the pieces and photograph them as outfits. Jessica loved that idea because it gave her the feeling of being in that world of having her clothes chosen, fitted and delivered.”

Yarhi used several pieces from The Room as well: a dark green suit by The Row “that was tailored to within an inch of her life;” a Giambattista Valli tuxedo shirt with a floral-print bib; a navy Oscar de la Renta gown worn for a charity benefit; a white Roland Mouret top and black skirt, and a gray Altuzarra pantsuit and navy pinstripe skirt.

Not everything was up to Yarhi, however. “At one point the producers from EuropaCorp called me in and said they were doing some fashion deals, so we ended up getting things from Saint Laurent — black suits, white blouses and a bag,” she said. The house’s logo and The Room logo appeared in the film’s end credits. One company that wasn’t willing to loan pieces in exchange for credit was Hermès. “We wanted a Birkin bag, but they don’t do that,” noted Yarhi.

As for the finishing touches, Chastain wore small earrings and daytime and evening watches by Piaget, for whom she is an ambassador, and the actress insisted on dark nail polish, red lipstick and a slightly darker hair color to highlight the severity of her character.

While the aim was to make Chastain look “top-notch professional” Yarhi took liberties for the sake of Hollywood, noting, “There has to be an aspirational part to it too.”

Even the younger staffers in Chastain’s office, who, in real life, would shop at Talbot’s, wore pieces by Hugo Boss and Calvin Klein.