Jessie Reyez had long prepared to release an album on the subject of mortality. Then came a global health pandemic.

Last week, when she was supposed to be onstage at Madison Square Garden opening for Billie Eilish, Jessie Reyez was instead at home like the rest of us, her promotion for the release of her debut album having drastically shifted from touring and radio appearances to phone calls and Instagram posts.

While some artists are choosing to delay the release of new music during the coronavirus outbreak — Lady Gaga, for one — Reyez is pushing forward, hoping that her music can provide some sort of reprieve.

“To be honest, I was nervous about releasing the album during this time because I felt like I didn’t want to be insensitive to what was going on at home,” Reyez says over the phone. “I was confused. So I reached out to my team and my team said ‘We’re going to do whatever you want.’ And then I reached out online and the general consensus was ‘drop it.’ Like 97 percent of the people that responded were saying ‘drop that s–t.’ So I made the decision to just kind of go at it wholehearted and embrace the fact that it is what it is.”

That’s not to say it was an easy decision: the premise of her album, titled “Before Love Came to Kill Us,” is “to make people think about their mortality” — a theme that felt provocative when conceived, but feels especially triggering as the planet battles a global pandemic.

“Now it seems like all of those songs are almost like a scene from what’s happening in real life for the whole world,” Reyez says. 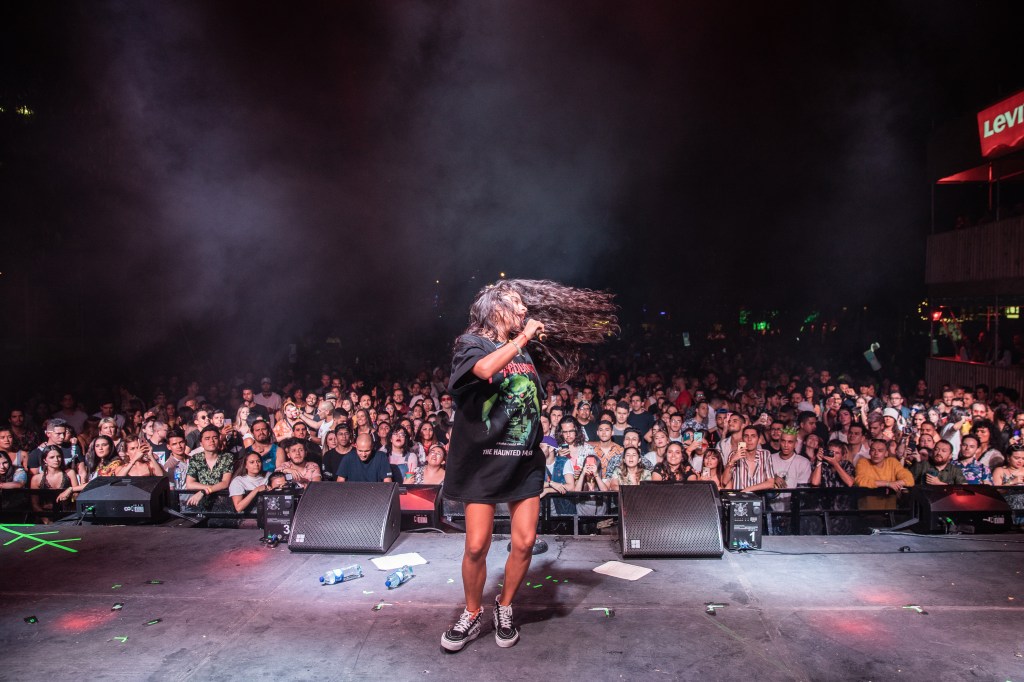 “Before Love Came to Kill Us” comes after two EPs, 2017’s “Kiddo” and 2018’s “Being Human in Public,” along with success as a writer for songs like the Dua Lipa/Calvin Harris hit “One Kiss” and Sam Smith’s “Promises.”

“It was always the plan, to put out one EP, two EPs, first by myself. It’s kind of like when you go to a restaurant you’ve never been to before, and they’re handing out appetizers, and the appetizers are f–king amazing, then you’re going to know that you don’t want to fill up and you’re going to wait for the meal,” Reyez says. “I don’t think I’m there yet completely, but I think I’m definitely close.” 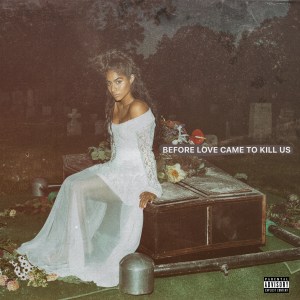 Jessie Reyez’s debut album “Before Love Came to Kill Us.”

The 28-year-old, who grew up in Toronto and is of Colombian descent, first fell in love with music through reggae.

“As a human, you can’t experience anything unless you have something to compare it with, and my whole life, up to that point, I was lucky enough to have my parents playing all of this beautiful Colombian Latino music in my house. That’s what I had been exposed to. And then when the channel changed and I heard something else, it almost put music into perspective,” she says. “I was like, ‘Oh f–k, this is actually a kingdom.’”

“Before Love Came to Kill Us” was originally titled the even darker “You Could Die Tomorrow,” after inspiration struck from writing one of the songs on the album, called “Kill Us,” where she sings of “could we dance in the past before love came to kill us.”

“And it felt like it just summarized the whole project, in a way that still played with the highs and lows because you could die tomorrow. Despite it being my favorite title at the time, it really, really is the one side — I feel like it had a negative connotation to it,” Reyez says. “When you hear ‘you could die tomorrow’ I feel like it’s innate for people to feel more on the defense or more worried. ‘Before Love Came to Kill Us,’ I think paints both worlds, the positive and the negative side of death, the positive and the negative side of love, the highs and lows. It’s able to hold the black and white at the same time.”