Jochen Zeitz on His New Museum of African Art

The former ceo of Puma talks about collecting, museums — and what he has on his walls at home now. 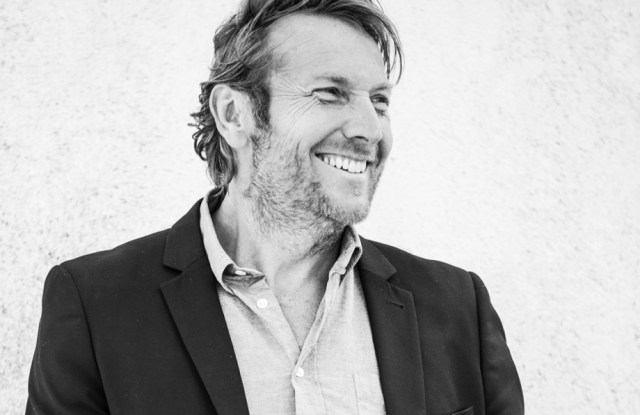 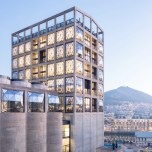 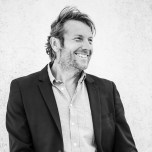 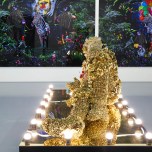 Museum openings in South Africa aren’t typically greeted with crowds lining up around the block long before the doors are flung open. But such was the buzz surrounding the opening of Cape Town’s new Zeitz MOCAA, the first multilevel museum on the continent devoted to contemporary African art, that on the first four days that it was open to the public, thousands thronged the area and queued for up to 45 minutes to get in. The fact that the opening weekend offered free admission certainly helped, not to mention the hype created by the glitzy private preview soirée for South Africa’s fashion and media types hosted by Gucci.

The museum is the brainchild of former Puma chief executive officer and German national Jochen Zeitz, who commissioned noted English architect Thomas Heatherwick to transform an abandoned grain silo along the Victoria & Alfred Waterfront facing the Atlantic into a nine-story, 100-gallery temple to 21st-century art exclusively from Africa and the African diaspora. Costing $37 million to build, Zeitz MOCAA has been heralded as the continent’s answer to the Tate Modern.

Here, Zeitz talks about collecting, creating a museum and the relationship of fashion to art.

WWD: How did a German expatriate come to assemble one of the most important collections of contemporary African art? At what point did it become evident that a museum would be the best way to showcase this collection?

Jochen Zeitz: When I started building a serious collection of art from artists in Africa under the guidance of Mark Coetzee [Zeitz MOCAA’s executive director and chief curator], it was always with the view that the collection should one day be housed in a museum on the continent. I had previously been buying some art for myself privately, but the tipping point came when I was ceo of Puma. We sponsored the groundbreaking show “30 Americans” — the first significant exhibition of African-American artists, a show that is still traveling today. It ignited my passion for African contemporary art and inspired me to build something more substantial in Africa.

WWD: One of your key preview events was sponsored by Gucci. How did this partnership come about? Is the relationship between art and fashion a symbiotic one?

J.Z.: Africa has been a source of inspiration for art and fashion throughout history, so we felt it was an integral part of Africa’s creative legacy. So it only felt right to dedicate one of our six institutes at Zeitz MOCAA to costume.

We were delighted to have Gucci sponsor our preview party at Zeitz MOCAA and to have their brand associated with the birth of this institution. I am a big admirer of Alessandro Michele’s creative and Marco Bizzarri’s work as ceo and the way in which they have reimagined and reenergized such an iconic brand.

WWD: You chose to house the museum in an existing structure, an abandoned silo. What made the space an ideal one for the museum?

J.Z.: I think the Silo building offered an incredible opportunity to reimagine an existing historical landmark and create a breathtaking new architectural landmark for Cape Town. Our partners at the V&A Waterfront had recognized the potential of the Grain Silo complex and wanted to house something of public significance. At the time, Mark and I were looking to find a home for my collection somewhere in Africa, to help create the first major museum dedicated to contemporary art from Africa and its diaspora. So the stars aligned with our shared visions and the Zeitz MOCAA was born.

The building’s original architecture was amazing, so the silo’s iconic tubular design was something we wanted to maintain and incorporate into the new design of the museum. Thomas Heatherwick has been a visionary in achieving this unique balance of history and innovation, regenerating the building and creating something new and extraordinary. The design of the building is simply exceptional.

WWD: What has been the art world’s response to the museum?

J.Z.: We have been overwhelmed by the positive response, both locally and globally. The museum is building on the support from the African community, curators, galleries and, most importantly, the artists themselves.

Access and accessibility [have] always been key for us. Our principle is “Access for All” — free entry is provided for African citizens once a week ensuring as many people as possible are able to visit. Zeitz MOCAA is also free for everyone under the age of 18 with a strong emphasis on our educational programs, hopefully inspiring the next generation, too. I strongly believe that every part of the world should have its own cultural institutions and access for all should be a fundamental part of this.

WWD: Now that your personal collection forms the nucleus of the museum, what works have you chosen to keep at your own home?

J.Z.: All of the works chosen for the collection were curated with the museum in mind, so the pieces were never really destined to be displayed in a private home. However, there are quite a few pieces on display at Segera, our safari retreat and wildlife conservancy in Kenya. So people get to enjoy them when they come to stay with us, just on a much smaller scale.

WWD: Which artist’s career have you followed with particular interest throughout your years of collecting? Any emerging talents one should be keeping an eye on?

J.Z.: I don’t think I could single out an artist; there is too much amazing talent across the continent. There is a tremendous amount of energy and excitement surrounding African contemporary art right now, and that’s because there are many, many artists to keep an eye on. As I’m sure you will have seen, we’ve announced some great opening shows. That’s only a taste of what’s to come — I’m excited to see what the curatorial team exhibits next.

WWD: Which museums do you like to visit when you travel?

J.Z.: I have always loved visiting museums since childhood, whether they’re contemporary art museums or more historical. I’m a big fan of the Tate Modern, the Guggenheim, MoMA, LACMA, the Met, the Louvre, the Uffizi in Florence, the British Museum, the Vatican museum, and as somebody interested in ancient history I Iove visiting Egypt, Greece….I could go on forever.

WWD: So is contemporary African art the next big thing, as auction houses like to say?

J.Z.: I have heard many talk of this being Africa’s moment and there’s no doubt the world is waking up to the quality and talent of the contemporary artists coming out of Africa. This can be seen in museums, galleries and auction houses across the globe. We can’t think of this as a “moment”; we must focus on creating something that will sustain itself for many generations and have a lasting impact for Africa and beyond.