It’s 6 p.m. on a Saturday in Los Angeles, and Jodie Turner-Smith is sitting on the balcony of a hotel room in the dark — well, minus the two flashlights shined in her face, courtesy of her glam team.

“Anything for the job,” she says. “You know what, I’m surprisingly energized in this particular moment. Ask me again in 10 minutes.”

Somehow it’s hard to imagine Turner-Smith’s enthusiasm running out anytime soon. After a decade in Los Angeles, the British-born banker-turned-model-turned-actress has exploded into the center of Hollywood with “Queen and Slim,” the enthralling new movie from screenwriter Lena Waithe and first-time feature director Melina Matsoukas, hitting theaters today.

The 33 year-old was born into a Jamaican family in Peterborough, England, two hours north of London. She moved to Gaithersburg, Md., when she was 10 years old, though her English accent remains delightfully intact. Growing up she did drama club, and she and her siblings used to put on variety shows for their parents on Mother’s or Father’s Day.

“I think there’s always been a little performer in me. But having a family that are Jamaican immigrants, having this idea that, ‘Oh, that’s what you’re going to do for a living?’ seems kind of out of reach and not a reality,” Turner-Smith says of taking acting seriously. “It’s like, ‘get a real job.’”

She assumed she would be a lawyer when she grew up; it’s what her parents, who tell her now she always had an argument ready for why she should be allowed to do something, wanted for her.

“For a second I thought I was [going to be a lawyer], too, but then I went to university and I was like, ‘Oh, hell no. I don’t want to be in school for this long,’” she says. That and the fact that her university was in Pittsburgh. “No offense to anybody from Pittsburgh, but Pittsburgh wasn’t for me. It was winter, are you kidding me?” she says. “It snows horizontally or something, and it is brutal.” 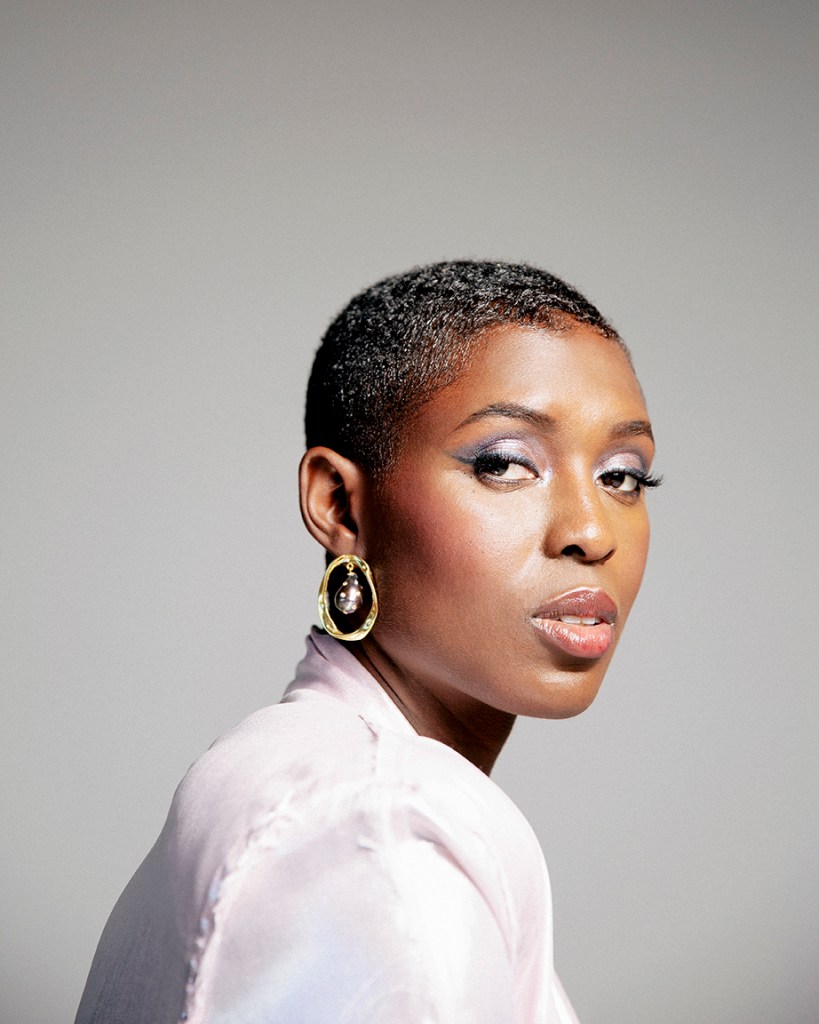 She nonetheless finished school and became a corporate banker, working at PNC Bank in middle market corporate banking. It was 2008, and the appeals of having a nice, cushy job in finance won out over any pipe dreams of performing. But it didn’t stick for long: She looked around and realized that the other people she’d gone through training with seemed to be enjoying their work — and she envied that feeling.

“I was like, ‘I want that. I want to like what I’m doing.’ And I didn’t like it,” she says. “I would be in the back on my computer, hoping they’re not looking at my web logs because I was looking at fashion articles and celebrity gossip instead of actually caring about anything I’m doing.”

She had a close friend in L.A. and thought she would move there to become a writer, which had always been a passion. It’s around that time, and her intention to move to L.A. (which, she says, she dragged her feet on for a bit) that things started to happen for her; that the world started to notice her potential for stardom, much before she saw it for herself.

Shortly before leaving the East Coast, she’d been at a concert and ended up meeting Pharrell Williams, who told her she should be in front of a camera — and introduced her to Hype Williams.

“He definitely played a part in me deciding to take a chance on myself, and see what it could be like if I lived my life in front of the camera,” Turner-Smith says of Pharrell.

Newly freed from the world of banking, she flew out to L.A. to visit her friend and was set to meet Hype, whose office was near the airport. Her friend picked her up and they went straight there — “and he puts me in a music video,” Turner-Smith says. “I get off the plane and walk into a music video.” 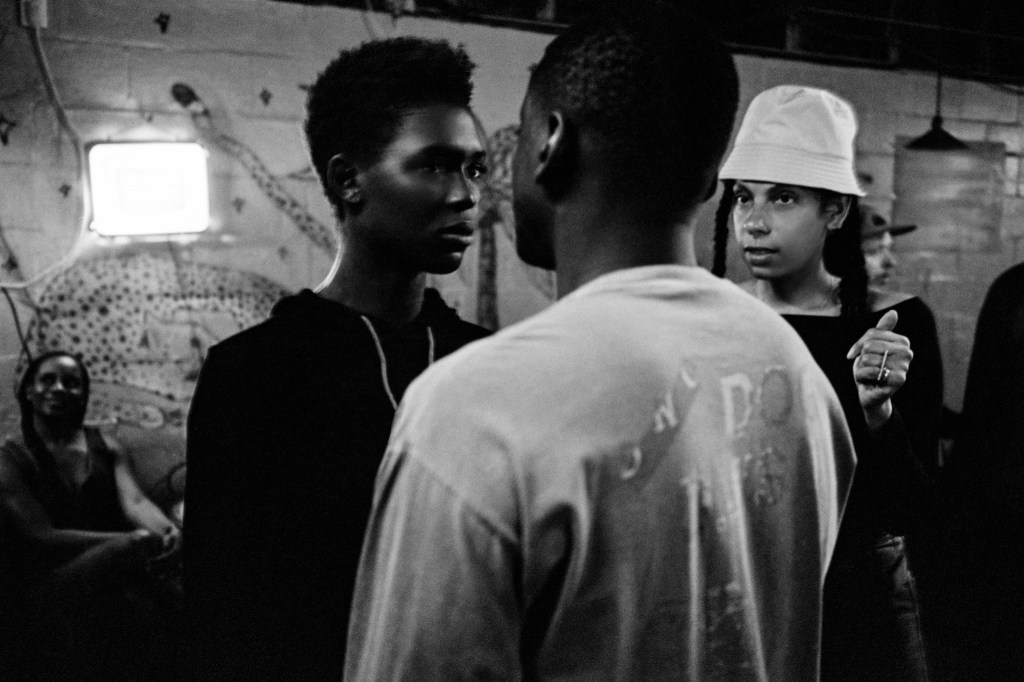 The video just so happened to be for 2009’s “Walkin’ On The Moon” by The Dream featuring Kanye West. “It’s baby Jodie in that video, like a f—ing deer in headlights,” she says. “I had no idea that I was walking into that. And I was just like, ‘Well, OK, I guess I moved to L.A.’”

She was broke when she arrived on the West Coast — despite being a banker, she had spent much of the time “bored-spending” her money on trips to Miami to see concerts with friends (and shopping on her lunch breaks). Shooting the videos Hype cast her in floated her for a while, before she began some modeling.

Prior to “Queen and Slim,” she’d been in episodes of “True Blood” and “Nightflyers” but, as the posters for the movie advertise, the film is very much her introduction. She’d read a press release that Waithe and Matsoukas, a two-time Grammy winner for directing Beyoncé’s “Formation” and Rihanna’s “We Found Love” videos, were making a movie together starring Daniel Kaluuya, and knew she had to get her hands on the script.

“I fell in love with Queen, and I just desperately wanted to be a part of it. I wanted it more than I had wanted anything in a very long time,” she says.

“Queen and Slim,” which is being called a black “Bonnie and Clyde,” is the captivating, emotive story of two strangers in Ohio on a first Tinder date; driving home, they are pulled over by a white police officer, and the traffic stop escalates, with Slim (Kaluuya) taking the cop’s gun and killing him, in self-defense. Knowing what awaits them if they stay at the scene, they make the decision to run. The story is as much a beautiful, powerful love story as it is a social commentary on race, the criminal justice system and empowerment.

“Queen is a very strong-willed, independent and, in many ways, broken woman who uses her intellect and intelligence, her education and her job to separate herself from people, while her job in and of itself is saving people,” Turner-Smith says. “You know, I hope that [the movie] makes people leave different than what they were when they walked in. Whether it’s different in that they’re asking questions that they never asked before, or that they have seen something that they haven’t seen before, or that they feel something that they haven’t felt before,” Turner-Smith says. “But I just hope that it leaves people with something.” 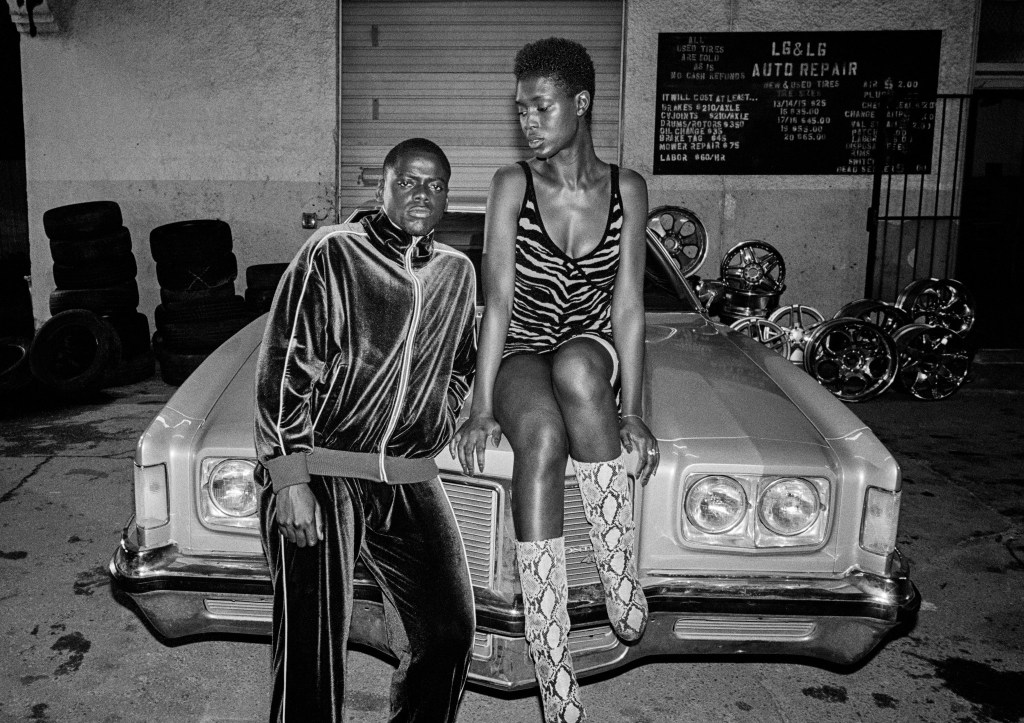 Read More from the Eye: