Joe Cole stars in the Cannes breakout "A Prayer Before Dawn," which tells the true story of English boxer Billy Moore, a man who was freed from incarceration in a Thai prison through fighting in Muay Thai tournaments. 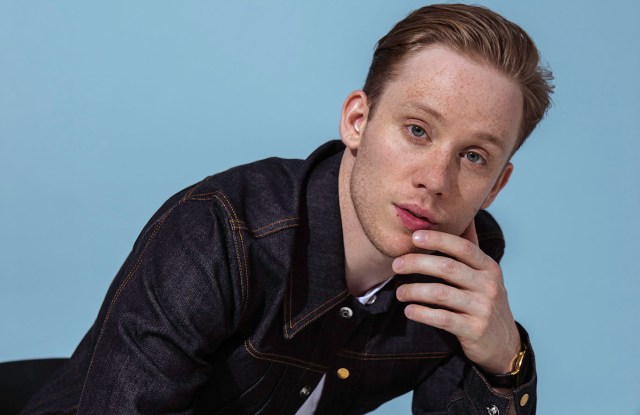 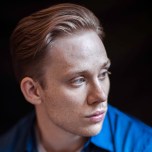 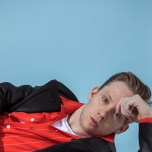 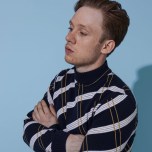 Joe Cole knew he needed more. Despite the success, cult following and reliability of being part of one of the U.K.’s most popular programs, “Peaky Blinders,” he was itching to spread his wings, and so he left last year. He had recently completed filming “A Prayer Before Dawn,” and preparing for the lead role meant having dinners and long heart-to-hearts in Liverpool with Billy Moore, a man who was freed from incarceration in a notoriously violent Thai prison through fighting in Muay Thai tournaments.

Cole’s portrayal of Moore finally arrives in theaters Aug. 10, and is out now on DirecTV. (The film had premiered at Cannes in 2017.)

The path to the role was nothing short of transformative, mentally and physically, for the 29-year-old English actor. Cole spent weeks running through the streets of Bangkok and practicing Muay Thai boxing in order to assume the physical might of Billy, and to be able to face off against his costars, real ex-prisoners and prison boxers.

He also began studying Thai, but upon arriving in Bangkok abandoned the language lessons for the sake of authenticity. “I was doing a lot of improvisation work with all the ex-prisoners, trying to kind of work out who was best for what roles. And what we figured out was that the less Thai I spoke and the less English those guys knew, the more interesting the interactions were, because we had to use body language and extreme facial gestures and physicality a lot more,” he says.

The pressure of portraying a living person — and one with such a weighty story — was eased knowing he was Moore’s first choice, Cole says. (Moore recognized him from the 2012 film “Offender”).

“Billy was a big advocate of me doing the part, playing him, which was amazing,” he says. “He’s banned from Thailand, so what that meant was we kind of had this big run-up of spending a lot of time together, and after that, I just kind of went on to spread my wings and do my own thing with it. And I think that kind of worked well in a way because then it takes on a life of its own.”

“What was amazing with Joe, like the real Billy Moore in fact, they both can be very masculine, violent and brutal, but also incredibly feminine, vulnerable and sensitive, almost sometimes with the innocence of a kid,” says the film’s director Jean-Stéphane Sauvaire. “Which is a great quality and incredible for an actor. Billy built his body as an armor, to defend himself in this prison environment, but inside there is a big heart.”

Since branching out from “Blinders,” Cole’s film credits include the Julia Roberts and Nicole Kidman film “Secret in Their Eyes” in 2015 and the 2017 Rodarte sisters’ “Woodshock.” Yet he was seeking out a prison film.

“Prison movies are kind of the seminal films and projects in certain actors’ careers, like Tom Hardy in ‘Bronson’ or Michael Fassbender in ‘Hunger,’ or ‘Un Prophète,’” he says. “These films are so all-encompassing for an actor, and they require so much — physically as well as kind of the mental side of it. I just thought it was a real gift, so I guess unconsciously I was chasing a film like this.”

Cole was raised in South London, then the Isle of Man, and found his way into acting after failing to get the grades he needed to attend university.

“I retook my A-levels, and I went back to my old school, and was in my brother’s year. And all my friends were around the U.K. at various universities, and I was back there, and I was selling carpets and I had a bit of a bad breakup and things like that,” Cole says. “And then I had this sort of moment of kind of clarity where I was like, ‘Do I really want to be this guy who’s getting into trouble?’ And then I did the National Youth Theatre, and I met a director there, and I got an agent working. But it came from a place of probably feeling sorry for myself and a bit of insecurity of not really knowing my place in the world. And I didn’t get the grades I needed to go to university, so my back was against the wall and I had to kind of find something I enjoyed. And that was acting.”

Leaving the security of “Peaky Blinders,” then, seems to be paying off for him in folds.

“It’s only when you do interviews you have to think about these things, but looking back, since I was in my early teens doing plays at Hollyfield School in South London, it was just a very cathartic thing,” he says of chasing roles. “And I just felt like I could lose myself in a role quite easily. It came quite naturally, being able to channel my emotion into a character.”

Joe Cole in “A Prayer Before Dawn.”