The set and costume designer discusses his work on the Met Opera's upcoming production, accompanied by an exhibition of his drawings in GalleryMet. 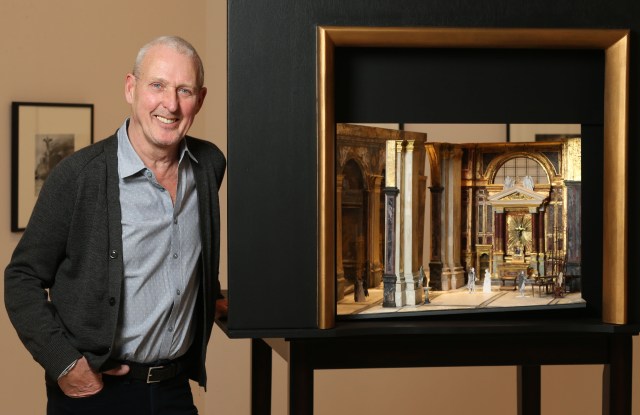 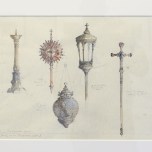 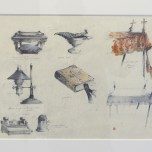 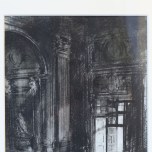 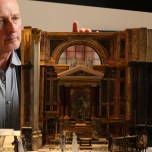 The Metropolitan Opera’s upcoming production of “Tosca” has garnered loads of attention even before it premieres on New Year’s Eve — for all the wrong reasons. John Macfarlane is hoping his costumes and sets don’t generate any controversy of their own. Such was the case in 2009, when Luc Bondy’s production, following a 20-year run staged by Franco Zeffirelli, was booed on opening night.

“For various reasons, it wasn’t a success. It played for seven years, no one was apparently happy with it. I was, you can imagine, awfully terrified and excited,” says Macfarlane of the prospect of working on the upcoming version directed by David McVicar.

The visual artist, who has worked on productions for most of the world’s best-known opera and ballet houses for decades, was tasked with the challenge of “Tosca” by Met Opera general manager Peter Gelb, now in his 12th season. “When Peter Gelb took over the job, one of the first things he did was decide to have a new ‘Tosca,'” adds Macfarlane.

The Scottish native discusses his career from a folding chair in the theater’s intimate ground-level gallery space overlooking Lincoln Plaza, where a selection of his work is on display, as the muffled chatter of children exiting a seasonal production of “Hansel and Gretel” filters through the walls. Macfarlane had designed the costumes and sets for that opera as well, although he was trying to ignore its performances being broadcast on small backstage screens.

“If you get into it, then I start on the wigs, and I start on details, and even watching it on the monitor I’m like, ‘What is that?’ I’m pointing to things,” he says.

His attention this month has instead been focused on “Tosca,” which has been a rotating door for creative talent in the past year — the menagerie of reasons range from vocal chord injury (Bryn Terfel) to sexual abuse allegations, as was the case for the show’s former musical director James Levine — but the visual grounding has remained constant throughout: Rome in the 1800s.

“Any big show is a long process. ‘Tosca,’ in a strange way, is even longer, because it has to be site-specific,” says Macfarlane of Puccini’s iconic and divisive opera. “So once you’ve committed to being site-specific, you have to obviously go to the sites.”

Macfarlane, who began work on the show in early 2015, headed to the Roman locations to spend a week researching and drawing the opera’s locations. He spent four days at the basilica of Sant’Andrea della Valle and two days at the roof of Castel Sant’Angelo, where its Archangel Michael statue looms above the cityspace. From there, he began meticulous construction on models of the sets for each act. His drawings from that trip, along with curtain paintings and a model set for Act I, are on display in the GalleryMet for the show’s accompanying exhibition, “Tosca: The Rome Drawings.”

“[The statue] is iconic, which makes it difficult to put on stage, because you have to get all of it right, and then extend to make it theatrical and my fingerprints on it,” Macfarlane says. “But nonetheless, you have to come back to a recognizable place.”

While Macfarlane never looks at the past productions of the shows he’s working on, his set design is more in line with the opulence of Zeffirelli’s staging than with the minimalism of Bondy’s.

“Originally I think [the director David McVicar] wanted to set it in 1943 in Rome,” says Macfarlane. “But there had been two other productions of [Giacomo] Puccini operas this season, and they were set in that period. I think [Gelb] was anxious also that it should be in the Napoleon period.”

They went back to the piece’s original time frame of 1800, set just after the Battle of Marengo.

“It’s a beautiful period of design. That’s the classic classical period, the high waist, the Jane Austen period, English Regency high collars… the costumes are wonderful,” says Macfarlane, who has designed costumes in tandem with every one of his set designs, with two exceptions. “When you look into that box,” he continues, “I want to see the total thing. That place, with costumes, and the color palette. There are only two costume designers I’ve worked with, and they’re very meticulous with color palette working with the set. A lot of productions you go and see, you wonder if they [the set designer and costume designer] ever met.”

The show includes more than 100 costumes, many constructed in London, and Macfarlane likens his process to constructing a painting. He layers colors onto the set via the various characters — not only the principals, but also the background merchants, women, beggars; the most involved costuming was the Cardinal’s procession to the high altar during the first act.

“It’s [at most] eight, nine minutes, and you use up virtually your entire costume budget,” Marfarlane says of the scene. “But it’s a moment that everybody remembers in ‘Tosca.’ They remember three things: the big ‘Te Deum’ in Act One, and then the scene between [Tosca] and Scarpi in Act Two where she kills him, and then the third act, the firing squad and then she jumps when she realizes [Cavaradossi] has actually been shot. So you go in, there’s a lot of baggage hanging on this show because it’s such a well-known show.”

Macfarlane plans to fly back home to England on New Year’s Day — right after opening night. He’s seen all of the creative elements on stage, and admits that he’s happy with the result. “There are adjustments and there’s still work to be done, but you know you have a set, and it works,” he says. “You come away going, well, it’s sort of in the bag.”

Back in the U.K., he’ll continue designing sets and costumes — 400 of them — for a new production of “Swan Lake” for the Royal Ballet in London. “Again, that’s a very similar deal to here, in that it’s an institution,” Macfarlane says. “They do a ‘Swan Lake’ every 25 years. Same to here, I’m hoping this production will be here for 25 years.” He’ll be back at the Met Opera much sooner, though — in 2020 he’ll work on a production of “Flying Dutchman.”

“At some point I have to put a stick in the ground and go, from here on, I have to be a bit different. Life has to be a little bit different,” he says. “I feel fine for my age, but there’s something about approaching 70 and you think, come on, you need more time off.”

If he can find the time, it will be a well-earned break.