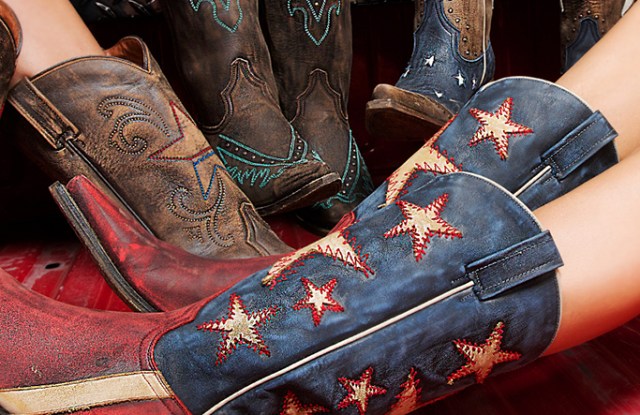 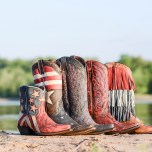 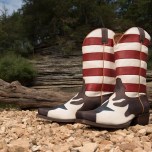 Donald Trump sends him handwritten notes of encouragement. Taylor Swift pops by his Nashville home for impromptu songwriting sessions. Such is the life of country music singer/songwriter and entrepreneur John Rich, half of the duo Big & Rich and a member of the popular Nineties group Lonestar.

He won Trump’s “Celebrity Apprentice” in 2011 and proudly boasts he’s the only person who could convince the real estate mogul to cover his infamous hair with a cowboy hat. “I brought him a 100x Stetson and I wasn’t sure he’d put it on, but he did,” Rich says with a chuckle over a seafood lunch in New York City.

In the last year, though, Rich has also made a name for himself outside the world of music and celebrity, and he was in town to promote the latest expansion of his Redneck Riviera line of apparel and footwear. Several years ago, Rich trademarked the Redneck Riviera name — which references a region on the Florida coast popular with beach goers and spring breakers — and set out to create a lifestyle collection.

“The credo behind Redneck Riviera is ‘Work Hard, Play Hard.’ The phrase has been around almost 60 years and there’s real equity in it,” he says. Instead of just focusing on throwaway T-shirts or ball caps, Redneck Riviera instead celebrates a tongue-in-cheek, laid-back attitude with a definite twist toward Americana. “This is the brand for hard-working Americans. It’s about honoring your country and family, and having a good time.”

Rich has big plans for his fledgling line. In the next two years, he’s turbocharging his business thanks to the Arkansas company Acumen Brands, which calls itself “the largest online aggregator of products for Southern consumers.” Since joining forces a month ago, the boots – made in the same factory in Leon, Mexico as Lucchese and Justin and retailing for $199 to $239  – have become the third-largest selling brand in the country, says T.J. McDaniel, an executive at the company. Though it may seem like a product tailor-made for the South, Chicago and New York are among its best markets.

Rich says Redneck Riviera could easily have become “a truck-stop T-shirt. That would have been the easiest and fastest direction to go. But to me, that’s a slap in the face to the customer.” Instead, the singer, who grew up in “a double-wide in Amarillo, Texas,” insists the products adhere to a high standard.

Next, Rich wants to venture out even further. So, yes, a Redneck Riviera Bar and Restaurant is opening next summer in Nashville and he has high hopes for future locations across the country, including Las Vegas, a real “country music town,” as he likes to say.

In a way, the restaurant and bar is a logical conclusion to the rollout of Rich’s popular beer brand. “We call it ‘Hell Yeah’ beer,” he says proudly. As in, “‘Hey, can I get a beer?’ ‘Hell yeah, you can.'” But why stop there?

“I’d like to see Bullet-Proof Whiskey,” he boasts. “That’s the songwriter in me. I love the hooks.”

No doubt The Donald would approve of his entrepreneurial ambitions.