John Strausbaugh on ‘City of Sedition: The History of New York City During the Civil War’

John Strausbaugh on his newest book “City of Sedition: The History of New York City During the Civil War." 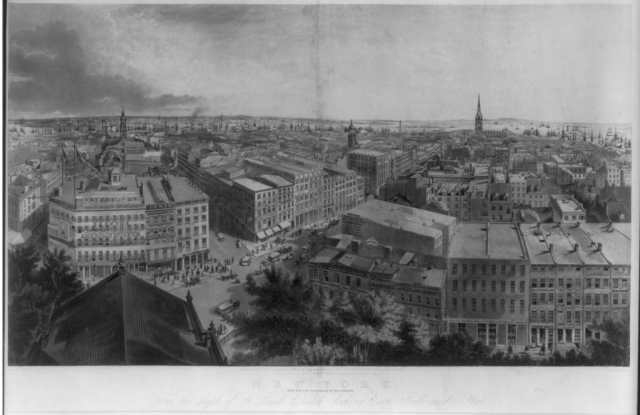 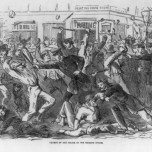 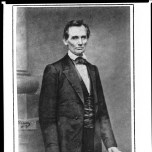 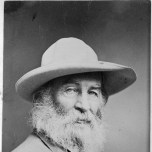 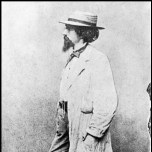 And he should know. Strausbaugh has written the well-received 2013 book, “The Village: 400 Years of Beats and Bohemians, Radicals and Rogues, a History of Greenwich Village.” His latest, just out from Twelve Books, is “City of Sedition: The History of New York City During the Civil War.” It reads like a picaresque novel. His next project will be a history of New York during World War II.

“City of Sedition” points out that no place contributed more money, material and men to the war effort during the Civil War than New York. But the city was also full of antiwar Copperheads.

The Draft Riots of 1863, which remain the deadliest riots in U.S. history, play a central role in the book. The official toll was 119 dead, but most historians believe that this number is much too low.

“There have been whole books written just about that week,” Strausbaugh says. “I just skimmed the surface. The draft was the immediate cause, but it had been building. There was the great Panic of 1857, a very steep depression, and many New Yorkers lost their jobs. Meanwhile the abolitionists are saying we’re going to end slavery, which made them feel more vulnerable. [They thought that] four million free blacks were going to come flooding north and take what little work they had away from them. They were also being encouraged by demagogues like Fernando Wood, the mayor, and newspaper editors like James Gordon Bennett of The New York Herald.

“Then the war starts, and the war is very good for a certain class of people, and it creates a whole new class, that of the shoddy aristocracy. But workers’ wages are frozen or go down, and the price of rent, cheese, beer and bread are going up. Meanwhile, the draft has a clause that you can buy your way out of it for $300 — a year’s wages for a working man.

“The draft starts on Saturday,” Strausbaugh continues. “They were careful to do it above 42nd Street, where the city was still very sparsely populated. They didn’t do it downtown where thousands and thousands of people would congregate. The workers thought about it, drank about it all day Sunday — which was their only day off — so it’s a long process. And by Monday, they weren’t havin’ it. They’re called the Draft Riots, but one historian has called it a citywide worker’s revolt.”

Strausbaugh grew up in Baltimore and attended a Catholic prep school and the University of Maryland. Strausbaugh’s other books include “Black Like You,” a history of blackface, and “E: Reflections on the Birth of the Elvis Faith.” He wears his hair a little bit long, which suits him. His hairdresser has just cut it. “It’s one thing to look like an older gentleman with long hair, but you don’t want to look like an old hippie,” he says. “Now I typically get rid of the old hippie for a few months while doing press.”

Strausbaugh lives in a Brooklyn Heights apartment that has one room dominated by a large banner depicting a Coney Island, N.Y., sideshow performer who’s hammering nails into his head. The rest of the chamber is filled with other curious items, including colorful masks and pieces featuring skull or devil motifs. “I was born on Halloween,” the writer says. “So people tend to give me these things. I don’t know what some of them are or where they’re from because they didn’t.”

Strausbaugh will appear at the bookstores Bookcourt in Brooklyn on Wednesday at 7 p.m. and at Politics and Prose in Washington, D.C., on Friday at 7 p.m.

“City of Sedition” chronicles the actions of various New Yorkers during the Civil War, including those of General George McClellan, who was famous for commanding divisions that looked great, marched beautifully, and never went into combat. He would seize seemingly any excuse to avoid actually going into battle.

Another remarkable New Yorker Strausbaugh writes about is Maj. Gen. Dan Sickles, who, in 1859, shot dead his wife Teresa’s lover, Francis Barton Key II, the son of Francis Scott Key, but got off on the then-novel defense of temporary insanity. During the Civil War, at Gettysburg — where he lost a leg — he disobeyed direct orders about the deployment of his troops, and thus, according to most historians, came within an inch of losing the battle for the Union.

Sickles lived a very long life, dying in his mid- or late-90s. (No one is sure of his exact date of his birth, which he appears to have obscured because his wife was much younger.) He helped spearhead the drive to make the battlefield at Gettysburg a national military park and always promoted the idea that his actions there helped stem the rebel tide.

“He’s like the greatest scoundrel of the 19th century, and the century is just jam-packed with scoundrels,” Strausbaugh says. “And he came within a hair of losing Gettysburg, so that’s Dan. When you think about it, he knows [professor and opera impresario] Lorenzo Da Ponte, so he connects back to Mozart and Casanova through Da Ponte, and at the end of his life he’s on lower Fifth [Avenue] with bohemians throwin’ their parties. He dies two months after they start the Washington Monument, and two months before the start of World War I. So he goes from Casanova and Mozart to World War I.”

Among the families who were scrambling to raise $300 to pay for a substitute soldier was that of Walt Whitman, whose brother Jeff had been drafted. In “City of Sedition,” Strausbaugh also reveals that, when the poet, who famously acted as an unpaid nurse to wounded troops during the war, tried to raise money for his activities, his Transcendentalist friends turned him down because of his homosexuality. They thought these charitable activities had an ulterior motive.

“I think he was in the closet as you had to be in those days,” says Strausbaugh of Whitman, whom he calls the greatest American poet — although people clearly knew about his orientation. “There are whole books about sexuality in big cities in the 1800s. It’s much more various, and there’s a lot more going on than we think. We think that the Victorians never had sex. The middle class had a certain public attitude, but in private they were going at it like crazy, just like everyone.”

The author is one of those fortunate people who discovered their vocations very early. At 12, he says, “I wrote a spy novel and sent it up to a paperback company I had seen that did spy novels. I got back a really nice note saying, ‘We’re the paperback repro house, we don’t do original stuff.’ I was irate, and I threw it away, but I remember it was a very nice letter.

“When I was a kid, you couldn’t wait to get out of the stroller, take the training wheels off your bike. You wanted to grow up as quick as you could. Nowadays people stay infantile into their 30s I see people pushing children as big as they are, in giant Volkswagen-size strollers, and I say, ‘He should be pushing you.’”