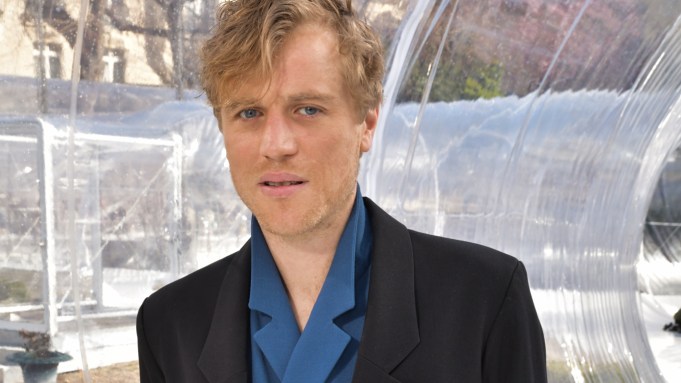 FASHION GREENHOUSE: Felipe Oliveira Baptista’s first show at Kenzo was held in an inflated tent, a network of see-through plastic tubes, plunked in the middle of a garden in the 5th arrondissement of Paris.

“I feel like I’m in some sort of snow palace,” said musician Clairo, who was sporting neon orange eyeliner inspired by the makeup looks on television show “Euphoria.”

Sitting next to musician Tricky, actor and musician Johnny Flynn was glad to be away from the cold.

“It’s nice to be outside but not really; it’s a lot warmer inside than the Paris air today,” the “Lovesick” actor said.

Flynn reminisced about playing David Bowie in an upcoming biopic about the legendary musician, “Stardust,” directed by Gabriel Range and set to be released at the end of 2020. The film focuses on the early stages of Bowie’s career.

“There was huge pressure to honor somebody who had such a huge creative legacy,” said the actor, just as his costar Jena Malone took her seat beside him.

“I just focused on thinking of him as a young musician and artist trying to find his voice, which is sort of what I am, so I held onto that commonality.” He paused. “I didn’t let the other stuff come into my mind too much.”

Naomi Scott, who is working on her music debut, is still in a post-“Charlie’s Angels” haze.

“I just saw on Instagram the other day that someone had posted outtakes from filming,” she said. “It was such a fun time. I have really good memories.”