The actor is soon to be seen in "The Last Black Man in San Francisco," as well as projects with Spike Lee, Jordan Peele and Aaron Sorkin.

Jonathan Majors is fresh in from Vietnam, where he’s just spent three months shooting “Da 5 Bloods,” Spike Lee’s follow-up to his Oscar winner “BlacKkKlansman.” He’s not positive what day it is or what time zone he is in, and says he could easily be convinced it is the crack of dawn or nearly midnight.

It’s actually 9 a.m. on the Tuesday following Memorial Day weekend, so the expectation for energy is minimal, to say the least. Yet Majors is as charming as they come, and as ready to talk your ear off about just how sweet this moment in his career is.

Majors, who is 29, is from Dallas; his mother is a pastor, and the family bounced around between houses and a farm in Waco, with his grandparents.

He struggled in school and was put into an alternative program temporarily, where he met a teacher who would introduce him to the performing arts.

“I mean, you get a kid that’s highly emotional, athletic…I’m very sensitive, I like words. Ms. L.J. really picked up on me,” he says of his teacher. “She would help me channel it into this theater thing. And that became my secret weapon. It was my way of kind of staying cool, staying calm and exploring the world.”

He attended the University of North Carolina School of the Arts for his undergraduate before landing at the Yale School of Drama, from which he graduated three years ago.

The 2017 docuseries “When We Rise,” written by “Milk” Oscar winner Dustin Lance Black, was his first professional job.

“I get the audition end of first semester [of my third year], and I’m like, ‘oh my God, I’m not going to go for it because I have to leave school,’” he says, referencing Yale’s policy toward students not leaving the program to book roles. “They don’t want you to work professionally while you’re in school. But it’s art right? It’s an art institution: ‘good artists bend the rules, great artists break the rules,’” he continues. “So they broke a rule for me.”

The experience had him shooting in Vancouver with Gus Van Sant and Dee Rees, flying back to New Haven to present his work once wrapped. From there, he booked “White Boy Rick,” which dazzled the 2019 Toronto Film Festival and put Majors on the map. He was back on the festival buzz list again this season at Sundance with “The Last Black Man in San Francisco,” which rolls out nationwide beginning in June.

The movie tells the story of gentrification and the concept of home, through the friendship between two young black men, Jimmie (Jimmie Fails) and Montgomery (Majors). Jimmie is deeply attached to the house he believes his grandfather built, and has been taking care of regardless of who is living there.

“Ultimately, the two of them have to decide what it is they’re going to do about themselves, individually, independent of San Francisco and independent of the house,” Majors says. “It’s a beautiful story about friendship, motherland, community.” 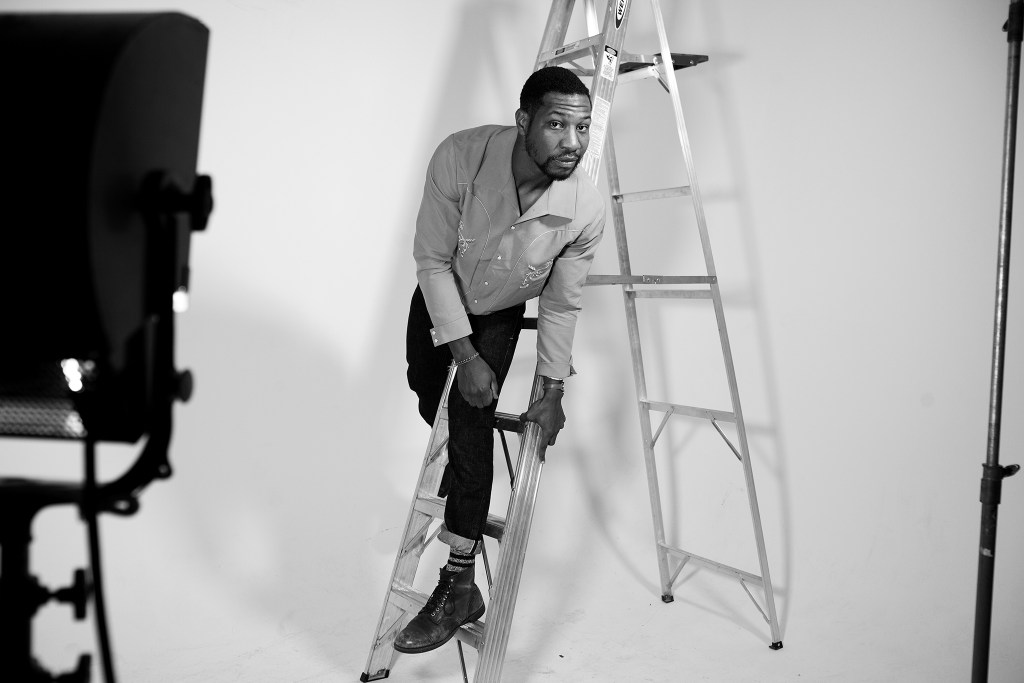 It’s also a look at the intimacy of friendship between two Millennial black men, something Majors equated to the relationship he shares with his younger brother.

“The complexities of a real friend, the sense of love that kind of comes between two people when they really care for each other — we don’t get to see that much, I think. Our generation, we don’t really do that,” he says. “We don’t really love like that, we don’t really have friends like that…but we want them.”

He was due to head to the West Coast later in the day, with stops in Los Angeles and San Francisco to promote the movie; afterward, it’s Atlanta for a table read for the JJ Abrams and Jordan Peele-produced HBO series “Lovecraft Country” he’ll shoot for the next five months, then Chicago to film Aaron Sorkin’s “The Trial of the Chicago 7” with Seth Rogen, Joseph Gordon-Levitt and Eddie Redmayne.

The breakout has come hard and fast for Majors, for whom it seems there is nothing he can’t do.

“The only thing I was discouraged from doing was playing basketball — and it was more guidance, and it came from my uncle,” he says with a smile. “He came to see me play games and was like, ‘that’s not it, that’s not it, you’re OK, but that’s not it,’ and so I was like ‘all right cool.’ Actually, that’s not true: I was p–sed. I was hella upset.”

Kim Jones Toasts New Issue of A Magazine Curated By

Everything You Need to Know About Summer Music Festivals