The TV writer has become a star of quarantine life thanks to his "impressions" series on Instagram — and is having the time of his life.

The first week of lockdown, Jordan Firstman used his Robinhood app to buy one innocent little share of Zoom stock.

Cut to four months later and an ever-expanding work-from-home culture, “and I’ve made like $200,” he says.

Firstman is dressed in a color-blocked rugby jersey on, yes, a Zoom call, from his house in Los Angeles, a room that will look very familiar to anyone who has become a fan of his Instagram impressions videos throughout lockdown life. He is a lesson in the almost unheard-of 2020 glow-up: what started as a coming apart both personally and professionally (pre-pandemic, at that) has become Firstman’s breakout moment — and he’s made it happen all from home.

“I had a kind of insane year before quarantine — my entire life basically fell apart within the course of a week,” he says. “I had spent the last four years working on two big creative projects, a movie and a TV show, and they both fell apart in one week, with my relationship. So breakup, show killed, movie killed. I thought I was going to go into this deep, dark depression state. And instead, I just skyrocketed. I was living, I felt better than I had ever felt. “All the binds that tied me down were just gone,” he says, adding that his sex life was never better either and, “I was making better work than I had ever made.”

A week after the series of breakups, he found himself writing for the Indie Spirit Awards, which included a song about Laura Dern that took off.

“It was this crazy shift immediately. And it started a year of being really online, because that video went super, super viral. And then from there, it kind of just kept progressing in really unexpected ways,” he says.

Firstman, who grew up in Northport out on Long Island (“it’s less gross Long Island vibes and more Gilmore Girls-y, not rich people Hamptons”), found his way into comedic writing through “trial and error.” He tried theater, but didn’t like theater people; tried UCB, didn’t care for that crowd either; same with the stand-up world.

At 21, he moved to L.A. and made his first short film, “The Disgustings,” which did several film festivals, and he finally found a community he felt good around. His first job writing for TV came when he was 23, for the TBS hit series “Search Party,” which he’s continued to work on for all three seasons.

But it’s his own projects that energize him the most — be it his short films, like “Call Your Father,” or his now-famous Instagram impressions videos.

“I’ve always had a strong voice and I’ve always known what I wanted to say. So I love writing for TV and I love collaboration, but I really come to life when I’m getting to write my own stuff and make my own stuff,” he says.

It’s a good time in Hollywood to be confident and capable of creating your own work, with much of production shut down and projects on indefinite pause. Firstman has found a niche in videos of impressions, which are simply him impersonating various people or concepts, many of which are quarantine specific: “banana bread’s publicist,” “all the clothes people are not wearing right now,” “a famous actress helping America through the pandemic,” etc.

At first the videos lived on his Stories, where they garnered “some cry faces, some ha-ha’s, but it was not like, ‘You have changed the world,’” Firstman says. “Then the shift from the Stories to the feed. That was where the magic started.”

When he started posting the videos in early April, he was hovering around 14,000 followers.

“I’ve always challenged myself as an artist to go really specific. And I’m using this as a challenge for myself to go really broad,” he says. “I was like, ‘What can I do that literally anyone in the entire world can relate to?’ I want to be talking about human truths that everyone can experience whether they’re straight, gay, from America. That’s been the task I’ve set for myself.”

The celebrity set is not known for an ability to relate to the masses — particularly during the early days of quarantine, as they toughed it out from their mansions — but many famous women have found Firstman’s content relatable, accelerating his platform.

“I mean, honestly this is going to sound so gross, but there are so many. At first, the first month, every time I got a big one, it would be really exciting. And now it’s like, ‘Reese calm down, we don’t have to DM every day. Natalie Portman, let’s chill for a second,’” he deadpans. “I almost can’t wrap my head around it, especially because it really penetrated a generation of women that I grew up with and was obsessed with. I’m a gay person, so women are my thing — I mean, besides sexually — but when gay men are obsessed with female actresses and female pop stars and then [you connect with them], I mean, it’s just been really fun. Ariana [Grande] was really fun, Katy Perry and I still DM all the time. And it’s humanizing, too, for these celebrities. You’re like, ‘Oh right. They like funny people. They like to laugh. They are just people.’”

And it’s opening doors too. While in lockdown, he’s lined up three TV shows — a half-hour comedy, an hour-long drama and an animated show — as well as a movie.

“I think life is all about transitions. I went out into a world that I wasn’t used to, which was the Internet world. And then I want to use that to bring it back into the world that I know, which is TV and film,” he says. “I’ve been trying to make my own s–t for years. And in Hollywood, there’s this baseline lack of trust when there’s not people that are telling them that you are trustworthy. And so how I see followers and celebrity endorsements, it’s just trust. I can get different meetings now with higher-up people. It’s all happening. I’m in an uplifting phase of my life and I feel like I’ve broken free from certain things. And I want that energy to be accepted by others and for other people to be free and positive as well.” 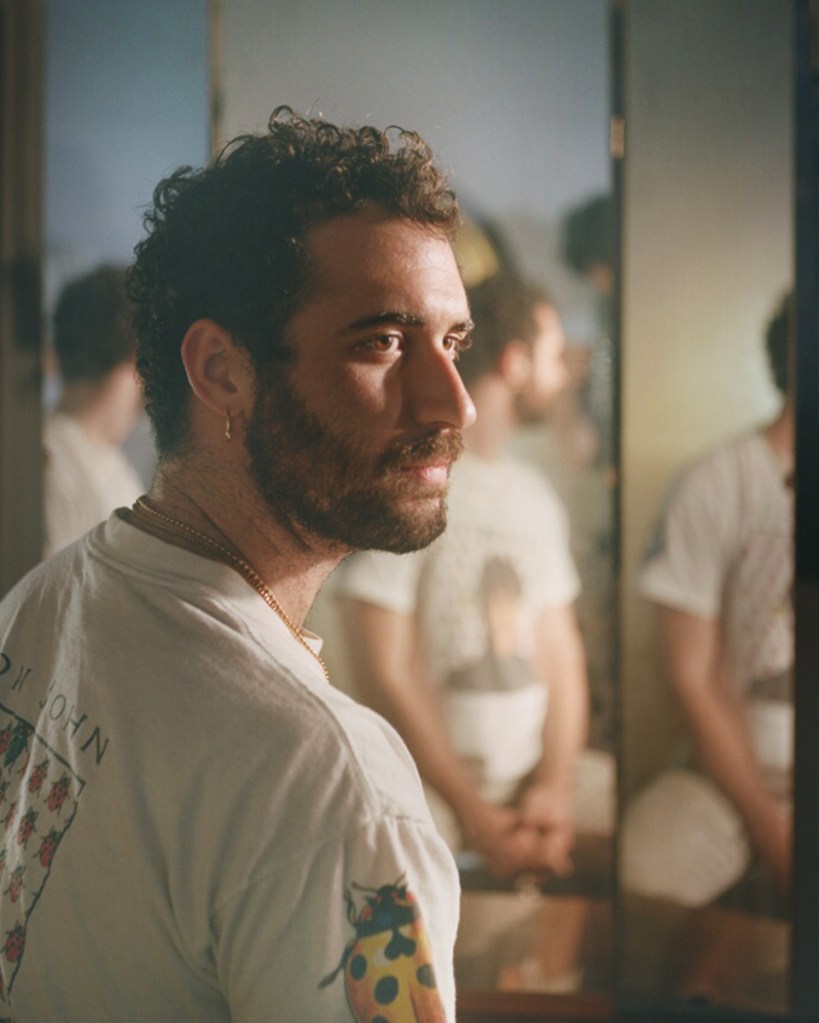