The actor, who was is preproduction for "Daisy Jones and the Six" earlier this year, stars in the musical remake of the iconic Eighties film.

Josh Whitehouse is excited to get the band back together.

In mid-March, the actor and musician was in Los Angeles and in the middle of pre-production for “Daisy Jones and the Six” when COVID-19 caused production to stop. The literary adaptation follows an acclaimed, but fictional, band from the Seventies. Whitehouse came into the project a real musician — he fronts his own band, More Like Trees, although the role required him to learn bass. Some of his costars were learning their instruments from scratch. Preproduction meant band rehearsal, and they were just starting to get good.

But acting is often a waiting game, and in the meantime Whitehouse is continuing to hone his skills and write his own music. He also has another film making its at-long-last debut. The 30-year-old actor is the lead in “Valley Girl,” a musical film remake of the 1983 Martha Coolidge-directed film starring Nicolas Cage. “They were big shoes to fill,” says Whitehouse. 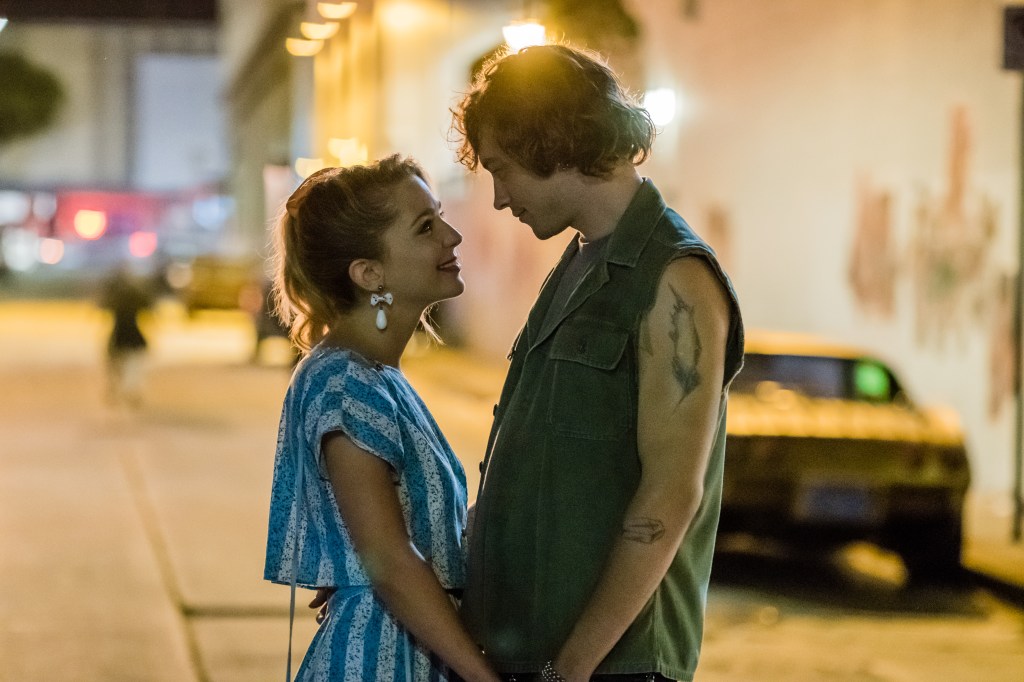 A still from “Valley Girl.”  Courtesy

Whitehouse plays Randy, a punk kid from Hollywood who plays in a band and falls in love with Julie, a girl from the Valley. It’s a “Romeo and Juliet” plotline, and the reboot is a candy-colored, upbeat PG-13 version of the original. “There’s lot of stuff in the original [film] which maybe you wouldn’t want your kids watching,” says Whitehouse.

The movie is being released on demand and in select drive-in theaters, a particularly appropriate setting for its play on nostalgia. The story lives in a nostalgic flashback for the main character’s memory, who retells the story of her first love to her teenaged daughter. Time tends to smooth the edges of memory, and “Valley Girl” is hoping that fact will work in its favor. Although filmed four years ago and originally slated for a 2018 release, the movie was delayed due to controversy over inappropriate posts and behavior by supporting actor Logan Paul, a YouTuber who, coincidently, is the antagonist of the film.

Music has become the through-line of Whitehouse’s career. But despite that, Whitehouse isn’t trying to typecast himself as “Mister Music Man.” 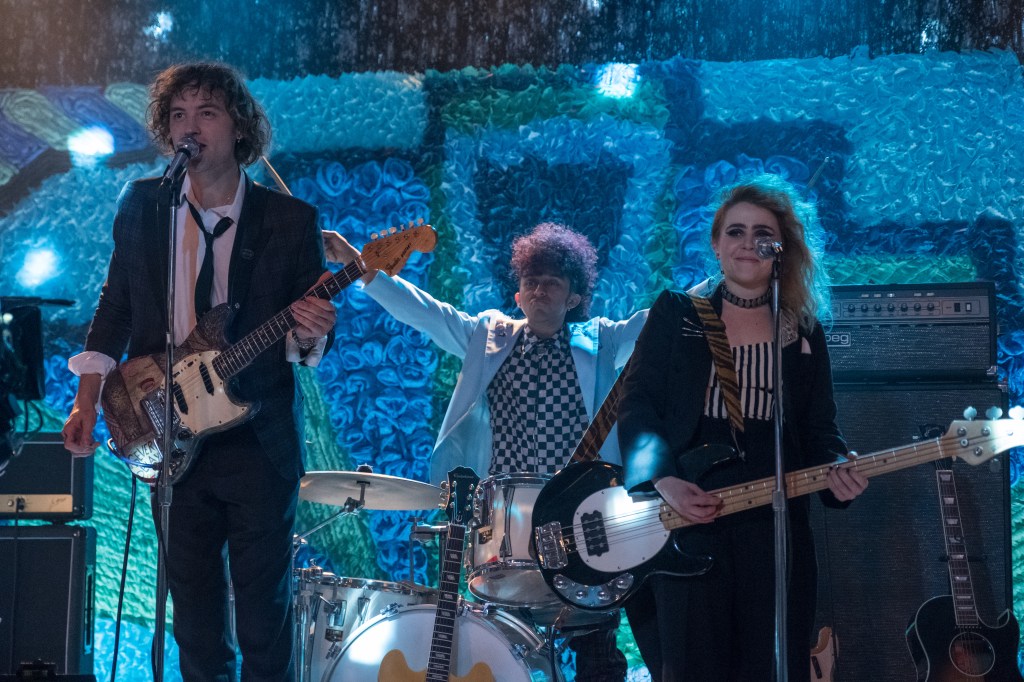 A still from “Valley Girl.”  Courtesy

When he first moved to London at age 18 to pursue music, acting wasn’t even on the radar for the now 30-year-old Brit. He got scouted by a modeling agent, and ended up doing a few campaigns for preppy teen clothing brand Jack Wills. The photographer Elaine Constantine cast him in her feature film “Northern Soul,” he got an agent, and the roles kept coming. (As did the campaigns — he was the face of Mr. Burberry in 2016.)

“Acting’s become the main steering wheel in my life,” says Whitehouse. “My music is my passion, and if I make money from film I tend to use that to then go and support my ability to make music.”

Some of Whitehouse’s music has ended up in the movies he’s acted in. “It just kind of happens, I become inspired by the film I’m working on, so I tend to write as the character,” he says. One of these songs ended up in the credits of “The Happy Worker.”

There’s a musical element — and Cage connection — to “The Happy Worker.” Whitehouse stars in the David Lynch-produced film (he originally planned to direct it several decades ago, but did “Twin Peaks” instead) shot by the auteur’s longtime collaborator Duwayne Dunham. Tight-lipped about details, Whitehouse described the film as a steam-punk utopia, and the plot as a bunch of down-and-outs living in the Utah desert, working together to dig a huge hole. “And they’re all really, really happy. They’re singing and dancing, and you don’t know why they’re digging for the whole film.”

While in quarantine, he’s been continuing to write and play for More Like Trees. The drum-and-bass trio, which also includes his older brother Matt Whitehouse, released a new album in January and they’ve been releasing videos. Whitehouse has been keeping busy; he’s also working on preproduction for a short animated film with his brother, performing on Instagram Live, and continuing to hone his bass skills.

Whitehouse is looking forward to the day he can get back on stage. And hopefully he’ll soon be reunited with his other bandmates — his “Daisy Jones” costars, including Riley Keough, Sam Claflin, and Suki Waterhouse.

“We have a WhatsApp chat group, so we can all stay in touch,” says Whitehouse, who moved to L.A. at the start of the year. “They’re such a lovely bunch of people. It’s been really nice making some new friends in L.A.” 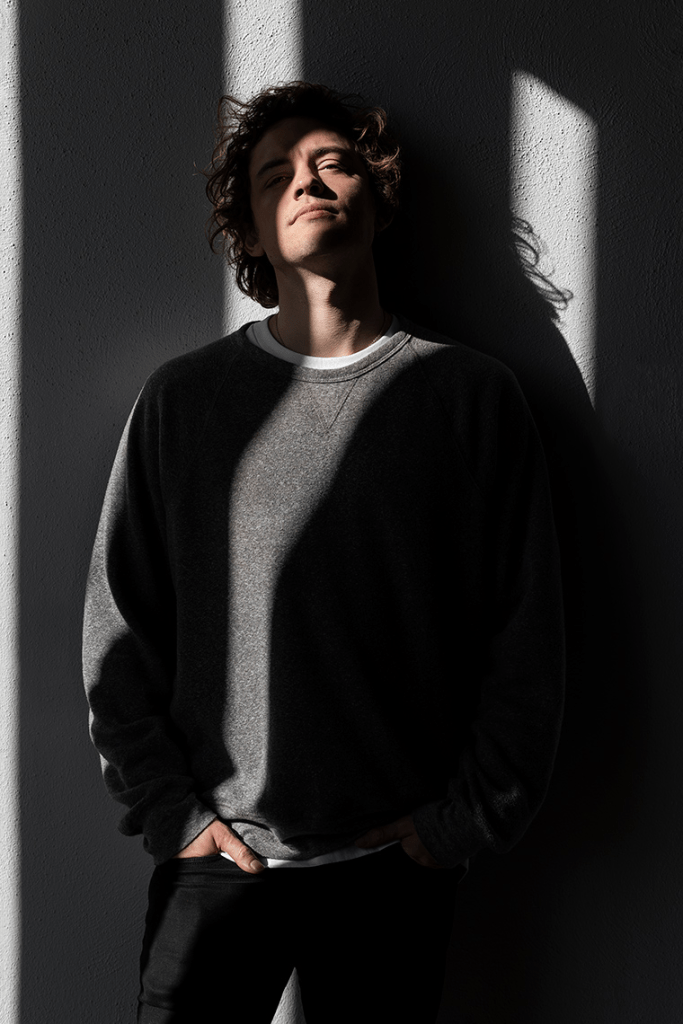 Geraldine Viswanathan Takes on the Powers That Be