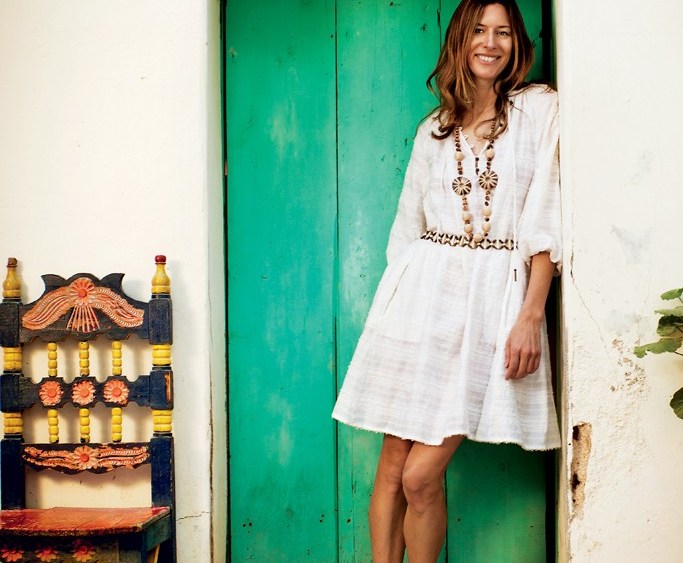 Julia Chaplin has found the gypsy in her soul — and that of quite a number of simpatico others. Her new book, “Gypset Travel” (Assouline), is about traveling in the glamorous haute bohemian fashion explored in her original book, “Gypset.” She coined the term to describe a kind of hedonistic, stylish look that combines a hippie-ish aesthetic with jet-set elements. She set the new book in locations such as Todos Santos, Mexico; Lamu, Kenya, and Montauk, N.Y., and a certain inaccessibility is key to the type of lifestyle she celebrates. “Geography is the last line of defense against a world that’s increasingly accessible,” she says. “The other criteria is that there’s an organic local culture that’s still intact.” The book will be launched with a party at the Crow’s Nest on Montauk on Saturday evening.

Remoteness is certainly part of the charm of the island of Lamu. “It’s a very exotic and highly Islamic part of Kenya,” she says. “The architecture is kind of Swahili, the women are fully veiled, the men wear long sarongs and there are Masai.” Against this dramatic backdrop, an unprepossessing cement exterior hides a beautiful sunken living room; gypsetters in their signature T-shirts, long hair and long skirts sell their distinctive handmade jewelry, and one architect interprets casual Friday wear as going shirtless at the office.

Chaplin comes by her interest in bohemian style naturally. “My parents were hippies in the Sixties and Seventies,” she says. “My father went to Stanford and lived in the redwoods and in a VW van.” She has spent the last 12 summers in Montauk, which she calls, “a kind of working-class resort,” adding, “The architecture is small and not nearly as graceful as in the rest of the Hamptons. There’s a real fishing culture there, a real surf culture there; something exists there already.” For her, such a location has much more appeal than, say, the glittering environs of St. Barth’s or Saint-Tropez.

The writer also conceives of the notion of Gypset as a brand; in fact, besides the two books, she has launched a clothing line called Extended Vacation, which is inspired by it, which is sold at space519 in Chicago and other boutiques. She has a Web site, too: Gypset.com. Of the clothes, she says, “The idea is that, if you have a little hedonistic party in Ibiza or Montauk, you can wear them.”

Her first book sold well, and Chaplin, who has a two-year-old daughter, recently bought a small brownstone in Brooklyn. “I’m looking forward to being there when it’s not under construction,” she says.