Fox costars in "Uncut Gems" in a role written for her by Josh and Benny Safdie.

Although the role of Julia in “Uncut Gems” was written for her by Josh Safdie, Julia Fox had to prove that she was the right person to play it.

“I kind of thought, ‘oh, this role is mine, when they make this movie, it’s going to be me. They’ve been talking to me about it for years, nothing’s going to get in the way of that,'” says Fox in late November. “And then obviously studios got involved, and lots of money.”

The brunette actress was bundled in a fluffy burgundy jacket and seated window-side at Valerie on West 45th Street, just a few blocks north of where much of “Uncut Gems” was filmed. The latest effort from filmmaking brother duo Josh and Benny Safdie is set in New York’s Diamond District and led by Adam Sandler, in a rare dramatic role. Fox plays his jewelry store employee and mistress, turned unexpected sidekick, in the film.

It’s Fox’s first time acting in a feature film, and it makes sense that the studio wanted to vet her over a major actress to star opposite such an iconic name. They ended up screen testing over 300 women for the role — including Fox, who met Sandler for the first time during her own screen test.

“And our chemistry was so good and undeniable that…I guess my screen test just really stuck out and they couldn’t say no,” she says. 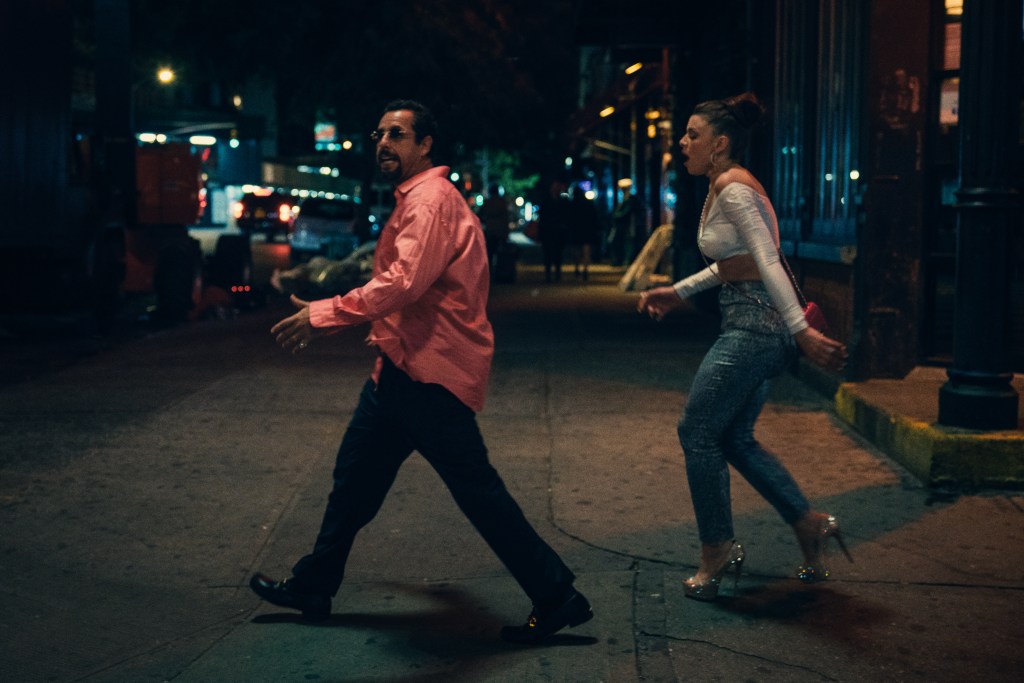 Of course, it also helps that the Safdies fought for her. The directors established their mainstream clout within the industry with their previous film “Good Time” and the cast of “Uncut Gems” is testament to how their own stock continues to rise as the accolades — for themselves and the cast who align with them — pile on.

Anticipation for “Uncut Gems” has been high even before it premiered at the Telluride Film Festival, and hype has only continued to build. The past few months have been 24/7 “Uncut Gems” for her. Fox has been hailed as the film’s main breakout among a cast that also includes Lakeith Stanfield, Idina Menzel, Kevin Garnett and The Weeknd (the latter two both playing themselves); she was also recognized by the Independent Filmmaker Projects’ Gotham Awards with a breakthrough actor nomination.

“I’m new here, so I knew that there would definitely be a lot of attention — I didn’t know it would be this much,” she says. “I definitely feel like Cinderella a little bit, and I do have moments like, wow, is this really happening? But I do feel like I was born for this.”

The Safdies, who cowrote the film with their frequent collaborator Ronald Bronstein, met Fox through mutual friends several years ago in downtown New York.

“We met I think on Lafayette Street, and [Josh] was at a restaurant eating outside and I was walking by,” says Fox; this was back when the video app Vine was at its peak. “I think he did like my little videos on Vine, but I wasn’t a Vine star or anything — I just made cute videos.”

At the time, Fox, who grew up and still lives in New York, had embedded herself in other creative endeavors, including fashion design (Franziska Fox) and art (her most recent show was titled “R.I.P. Julia Fox”). She hadn’t set out to act, but inevitably the opportunity found her. “It wasn’t that acting was never on the table, it just wasn’t something I had explored,” she says. “I think it’s fun to put myself in these foreign situations and just see what I can come up with.”

She helped Josh develop the character of Julia by offering him insight to her inner world.

“He would text me and say ‘what would you do if your boyfriend was mad at you and you had to get him to forgive you?'” she says. “One time he asked me that question, and I actually texted all my ex-boyfriends and then sent him the responses of all of them. I was like, maybe that will help.” 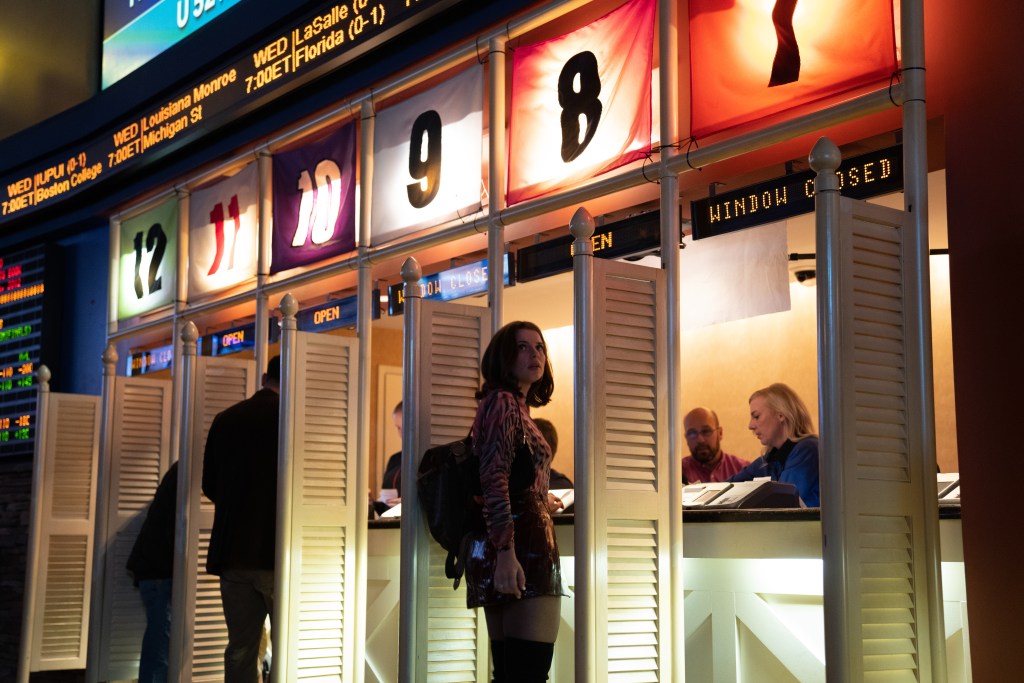 Although the character is inextricably related to her, the Julia in the film isn’t a direct representation, and Fox considers her instead as a sort of alter-ego version of herself.

“The things we probably the most have in common is our hustler mentality, and our loyalty,” says Fox. “I think that Julia at first is perceived in a certain way, and then as the character develops, her true colors show, and she’s actually a really good girl. I think she’s just had a rough life and had to figure it out and made some questionable decisions, but she always has her head high and keeps her dignity and integrity. And she’s always in control.”

With “Uncut Gems” out Dec. 13 and award season voting coming to a close, her journey with the film is likely to be winding down. She recently signed with an agent, and while more acting seems inevitably on the horizon for Fox, she’s also interested in directing and producing her own films, as she did with her short “Fantasy Girls” which she filmed in Reno last year.

Needless to say, “Uncut Gems” has taught her a lot. And as for the most surprising thing it taught her about the Diamond District?

“That it’s the most heavily armed block in the world I think. I didn’t know that, so that was pretty cool,” she says. “It’s just a little world. Underneath the veil, there’s all these things going on.”

Nell Tiger Free Will Surprise You 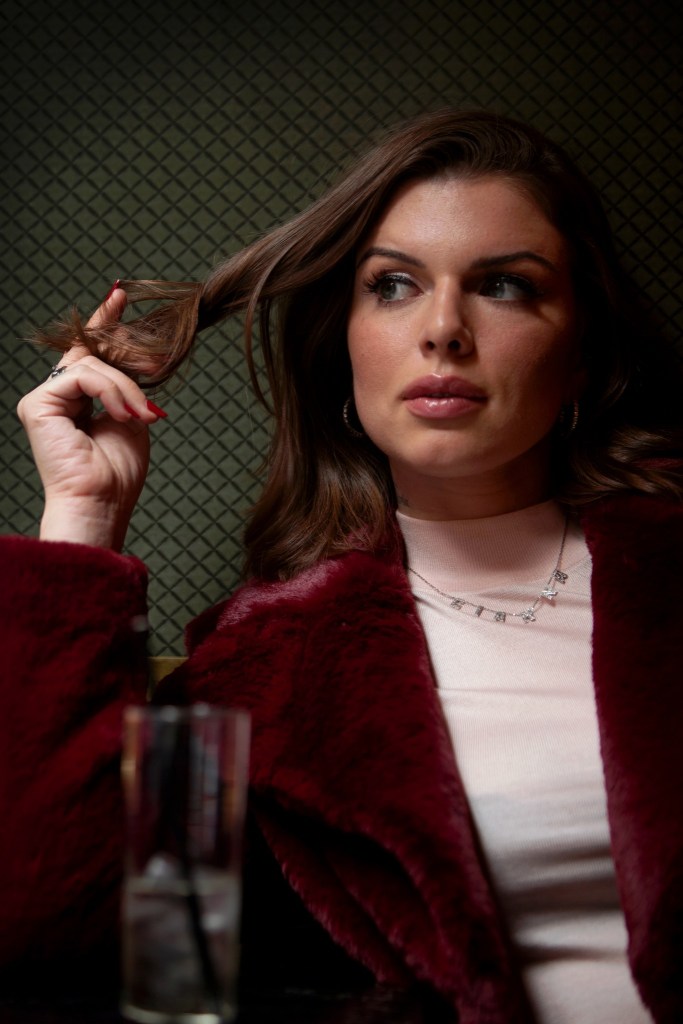