The Grammy-nominated singer-songwriter is releasing her first album on April 30 and recently starred in a video campaign for Christian Cowan.

March was a big month for Julia Michaels. First, there was the Grammys — the singer-songwriter was nominated for song of the year — and then the release of a short fashion film for designer Christian Cowan and the latest single and music video, “All Your Exes.” To cap it off, she also got the COVID-19 vaccine.

April might just top all of that, though: on April 30, Michaels is releasing her debut full-length album.

The 27-year-old singer has built an impressive career in the years leading up to her first album. And odds are you’ve heard her music; it’s been hard to miss, whether it’s one of the songs she’s written for pop’s biggest stars (she cowrote Justin Bieber’s chart-topping “Sorry” and Selena Gomez’s “Lose You to Love Me”) or one of her own tracks. She’s opened on tour for Shawn Mendes, Maroon 5, Pink, and Niall Horan (who she sang with on the song “What a Time”). She contributed a track for the “Fifty Shades Freed” soundtrack and her 2017 breakout single as a solo artist, “Issues,” earned a best song nomination at the 2018 Grammys, where she was also nominated for best new artist. Michaels has fully arrived.

For Michaels, that perspective reflected on her album is one of being in love — healthy love. 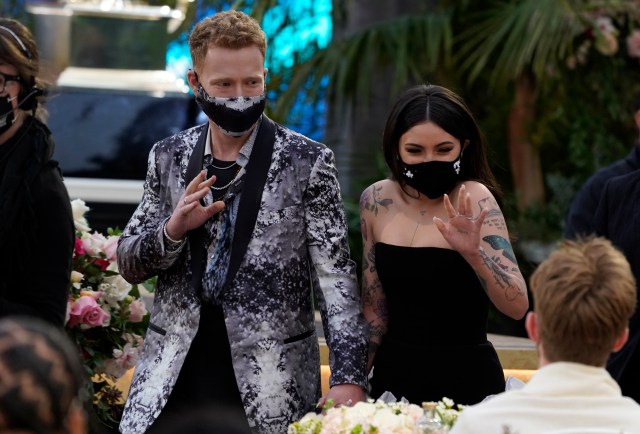 In early March, the singer was back at the Grammys for the second time. She attended the awards ceremony alongside boyfriend JP Saxe; their duet “If the World Was Ending” was up for song of the year. “Normally awards shows scare the s–t out of me, but this was super easy,” she says.

Michaels has continued to collaborate with Saxe, who cowrote her latest single, “All Your Exes.” “I was pretty much about done with the album, and there were one or two songs that I wanted to take off. And I came to JP and I was like, ‘Will you write with me please for my album?’”

The catchphrase of the song’s chorus is: “I want to live in a world where all your exes are dead.” It’s satirical, and accompanied by a campy music video, released on April 2, that pays homage to ’80s slasher films (Michaels wields a chainsaw with murderous effect).

“JP was talking about how maybe one day we’ll have a healthier relationship with the past people that have shaped our present,” says Michaels of the song’s lyrical inspiration. “And I was like, ‘meh, no, not really.’ And then he was like, ‘you just want to live in a world where all my exes are dead, don’t you?’ And I was like, ‘sure damn do.’”

The song has resonated with her fans. “I’ve gotten a lot of text messages from people being like, hey, I love this song — I probably shouldn’t post that I love this song,” she says. “It’s one of those things that people think about, but they don’t say it out loud, you know?”

Fashion plays a prominent role in Michaels’ visual approach to her album. The singer connected with Christian Cowan while making the music video for “Lie Like This,” which was influenced by ’60s-era aesthetics. Her video campaign for the designer features an acoustic version of the song. 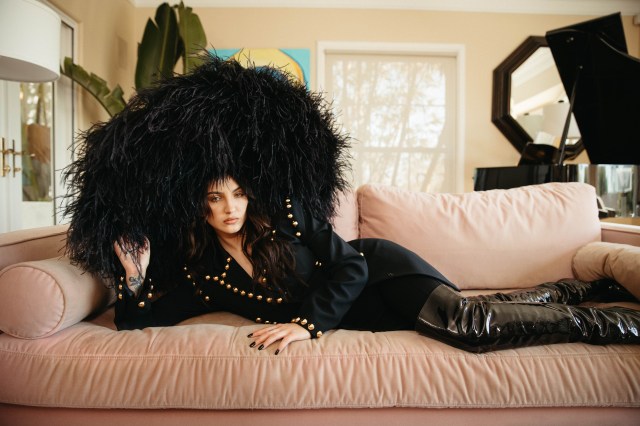 “I liked Christian’s use of some of those patterns, and it fit with the era that we were trying to make. And then we got in touch and he asked me if I would be part of his campaign,” says Michaels, who appears in a short film wearing several looks from Cowan’s recent collection, including a gargantuan feather hat. “I’m sad I can’t wear it every day of my life,” she adds.

“I like that he’s really bold,” she adds. “I just love his use of colors, and how vibrant he makes everything. And that’s what I try to do with music; I try to think outside the box.”

For now, the videos are the closest fans will get to seeing Michaels perform; the singer admits it might be a while before she performs live in concert again.

“I don’t know what the state of the world is going to be like in the next few months,” she says. “And I’m sure once people start touring, it’s going to be extremely oversaturated. But I miss my fans very much. I miss touring. Will I do it this year? I don’t know. Probably not. But never say never, right?” 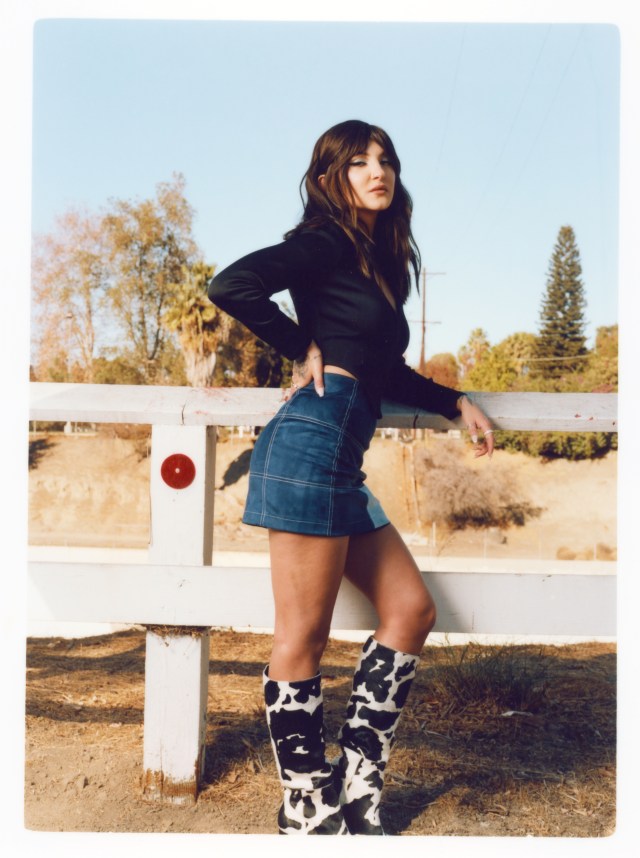