The costume designer, a longtime fan of Elton John, said he was inspired by the musician's songs and his extensive archive. 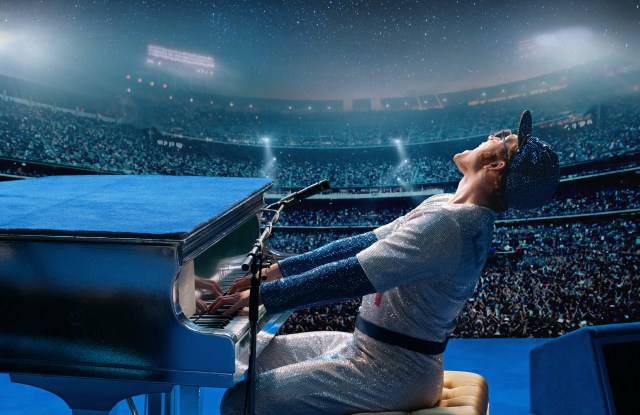 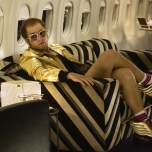 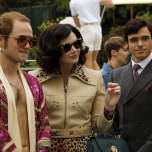 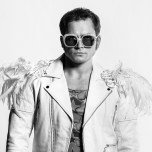 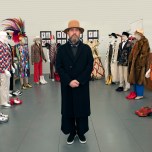 LONDON — In a gloriously meta project, costume designer Julian Day has created the looks for “Rocketman,” the upcoming drama about Elton John, whose own costumes — chunky platforms, glittery glasses and jazzy tailoring — have lit up concert halls, arenas, sports stadiums, private parties and royal events for decades and counting.

He didn’t have to shift his mind-set too much to do the “Rocketman” job. Day was the man who re-created Freddie Mercury’s sexy, curve-hugging denim and leather looks for “Bohemian Rhapsody,” although he did have to shift into more colorful, and wholesome, territory for the John job.

The “Rocketman” job was also different as the 88 designs were not replicated, except for one. “We were never going to copy any of his costumes, save for one, which is the famous Dodger outfit that we embellished with Swarovski crystals,” Day said.

John originally wore the costume in 1975 to perform two sold-out shows at Dodger Stadium in Los Angeles. He calls the Dodger, the baseball team’s uniform done in white crystals and blue sequins with Elton 1 emblazoned across the back, “one of three of the most important pieces I designed for ‘Rocketman.’”

He also collaborated closely with the musician on the designs, and said it was “very important for me to make sure Elton liked it,” said Day, who admits to being a longtime fan of John’s. He said working with the singer was surprisingly easy. “He trusts you to do what you do best. He let’s you get on with it. There was still so much left from his archive to take inspiration from.” 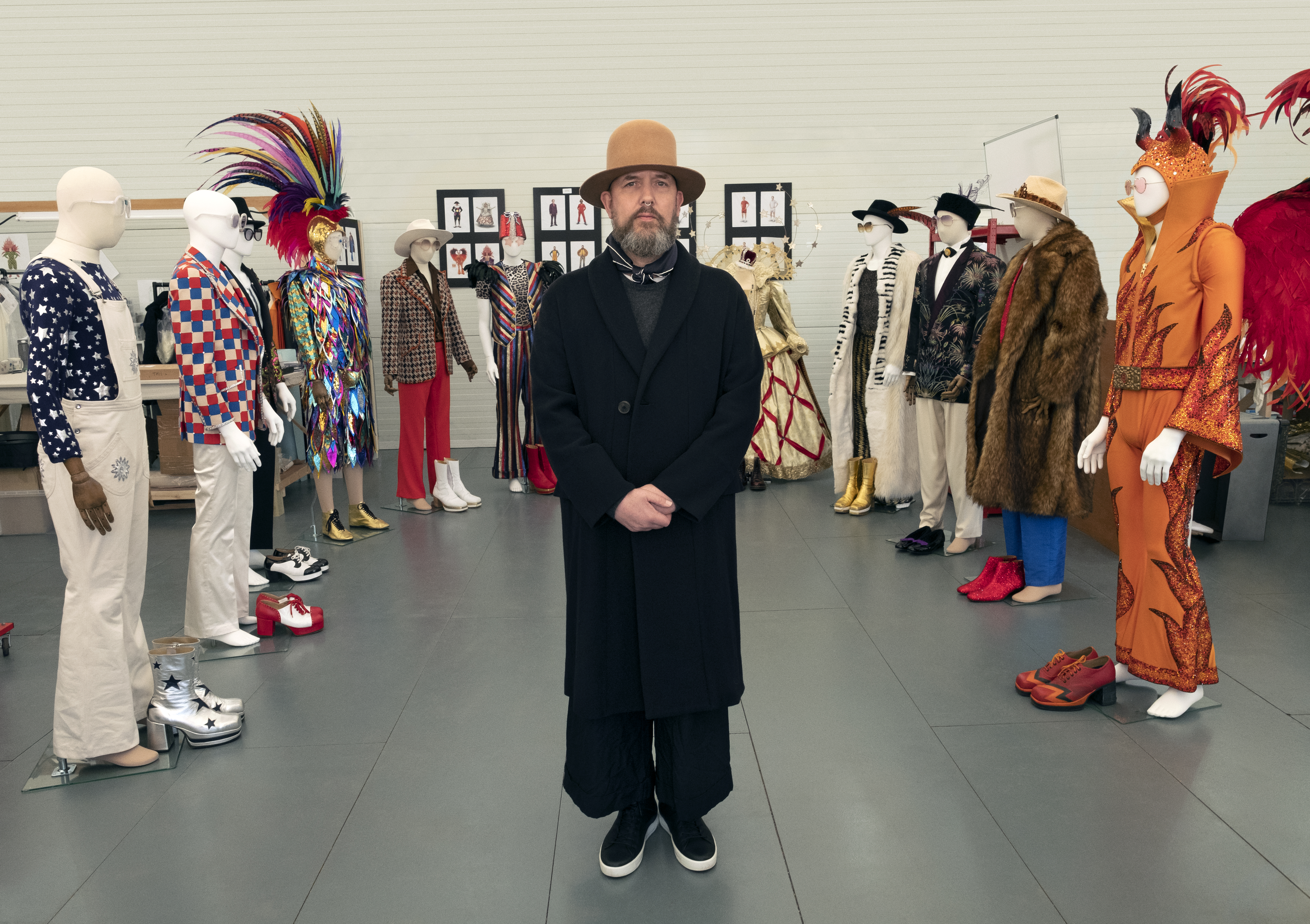 Julian Day on the set of “Rocketman” from Paramount Pictures.  David Appleby

Day said he pulled the project together quickly: “All the stars aligned. I was doing ‘Bohemian Rhapsody’ with the director Dexter [Fletcher] and he approached me after to do Rocketman,” Day said. Within 12 weeks, Day turned the sketches into reality.

Songs such as “Goodbye Yellow Brick Road,” part of the film’s soundtrack, also inspired Day, who said he immediately thought of “The Wizard of Oz.” Dorothy’s original ruby red shoes in the film were made with Swarovski crystals, and Day paid homage to the link by covering the costume’s jacket lapels in ruby red crystals.

“I also paired [the jacket] with a silver shirt for the tin man, a fake fur coat for the lion and a straw hat for the scarecrow,” the costume designer said.

The crystal company has long worked on big-screen productions, from classics like “Some Like It Hot” and “Breakfast at Tiffany’s” to modern ones such as “Beauty & the Beast,” “Cinderella” and “The Greatest Showman.”

Nadja Swarovski, member of the Swarovski executive board, pointed out that Day embellished his costumes “with over 1 million glittering Swarovski crystals. His inspired redesigns of Elton’s most famous outfits capture the magic, energy and impact of one of the world’s true musical icons.”

Another important piece, according to Day, is the devil costume. It makes an appearance at the beginning of the film. Made from Lycra, it features 140,000 crystals hotfixed by hand and wings. He said the look represents an emotional arc in the film.

“It begins and ends the film and it represents that what he really wants is love. The film deals with all these different decades and aspects of his life, and I’m creating this emotional arc for him,” Day said, adding that it was impossible for him to choose a favorite Elton costume. “It’s like trying to find out who your favorite child is,” he said.