The former wife of the late photographer Helmut Newton and president of the Helmut Newton Foundation died in her home in Monte Carlo.

June Newton photographed by her husband Helmut Newton in New York circa 1972.

June Newton, also known under her photographic pseudonym Alice Springs, died on Friday at the age of 97 in her home in Monte Carlo.

An award-winning actress and photographer, she was the former wife of the late photographer Helmut Newton and president of the Helmut Newton Foundation, which announced her death in a statement on its website mourning “the loss of an outstanding person and an internationally recognized photographer.”

She became a well-renowned artist herself after moving to Paris with her photographer husband, whom she met in 1947 when Newton set up a photo studio in Melbourne. They married in 1948 but moved to Paris in 1961 when Newton was offered a permanent position at the French edition of Vogue. The couple eventually left the city and moved to Monaco in 1981. 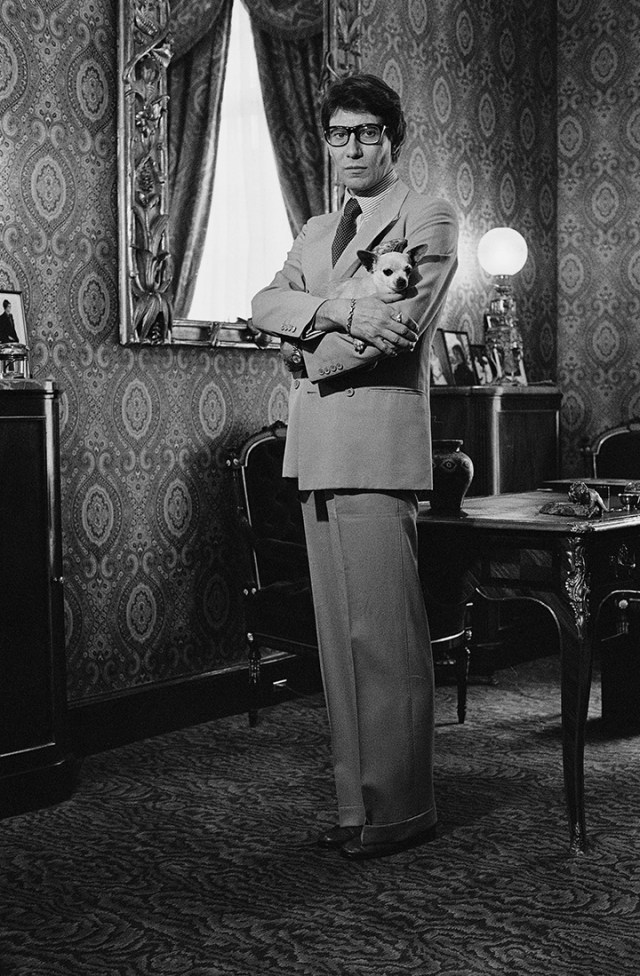 She also worked on a series of street photographs shot along Melrose Avenue in Los Angeles, where she documented California’s developing punk and hip-hop scenes in the 1980s. To wit, the Newtons regularly spent their winters in California, living at Chateau Marmont. 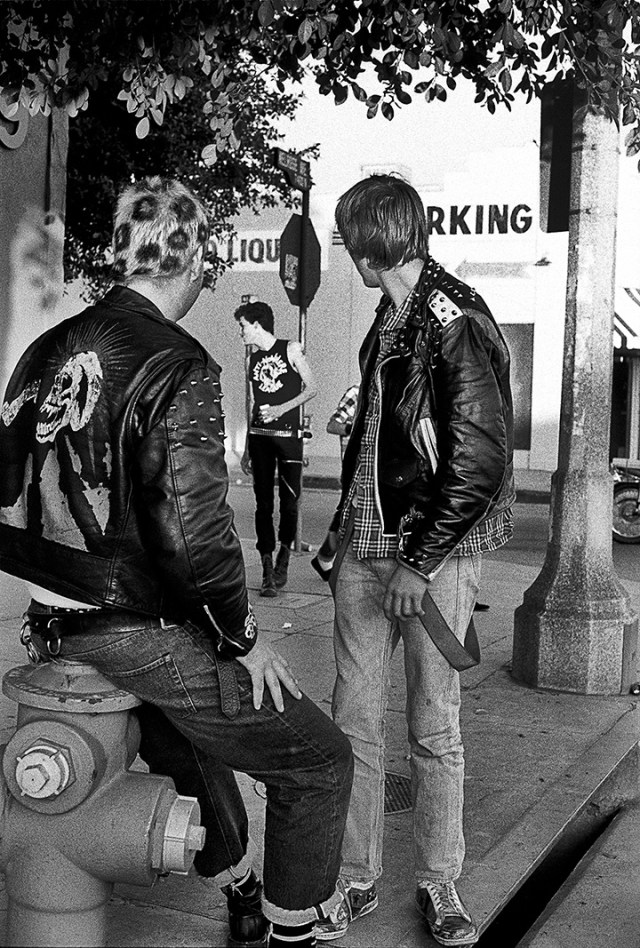 Springs approached photography by chance under the influence of her husband, who showed her how to handle the camera. In the autobiographic tome “Mrs. Newton” released by Taschen in 2004, she retraced the specific episode that launched her photographic career.

“One Sunday morning Helmut was in bed with flu and couldn’t keep a rendezvous to photograph a model boy for a Gitanes cigarette advertisement on the Place Vendôme,” wrote Springs. “So, seeing that someone had to let the boy know, I suggested I should go and that I should take a camera with me and shoot the picture myself, knowing that if it didn’t work Helmut could always retake it during the week. Helmut showed me how to use the light meter and how to load the camera and I set off and took the picture. We sent it to the client and I knew I was in business when a cheque arrived in the mail addressed to Helmut.”

She then started to receive commercial assignments, including pharmaceutical ads by José Alvarez – director of a creative agency in Paris at the time – and several campaigns for French hair stylist Jean Louis David starting from 1974.

“The hairdresser Jean Louis David, who often worked with Helmut, heard about my new career and offered me his new advertising campaign. He gave me carte blanche. The ads appeared regularly for a couple of years in the French magazines Elle and Marie Claire,” recalled Springs in the book.

“Of course I cannot speak in Jean Louis David’s name, but what I can tell is that Alice Springs/June Newton gave the brand the most creative, unusual, daring pictures for the ads,” said Gilles Bonnier, director of Jean Louis David. “June, Helmut Newton and Jean Louis David were great and true friends. They enjoyed imagining new audacious campaigns, like the non-conformist people they always were.”

In one ad for the stylist, for instance, Helmut Newton himself posed incognito as a nun, rosary in hand, walking with two well-coiffed models. 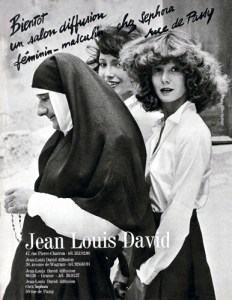 Subsequently, Springs landed jobs at magazines, photographing editorials for the likes of Dépêche Mode, Elle, Marie Claire, Vogue, Nova and Mode Internationale. In 1976 she began to dedicate her work to portraiture – with her images appearing in publications including Egoïste, Vanity Fair, Interview, Stern, Photo and Passion – as well as to oversee the production of Newton’s publications and exhibition catalogues. 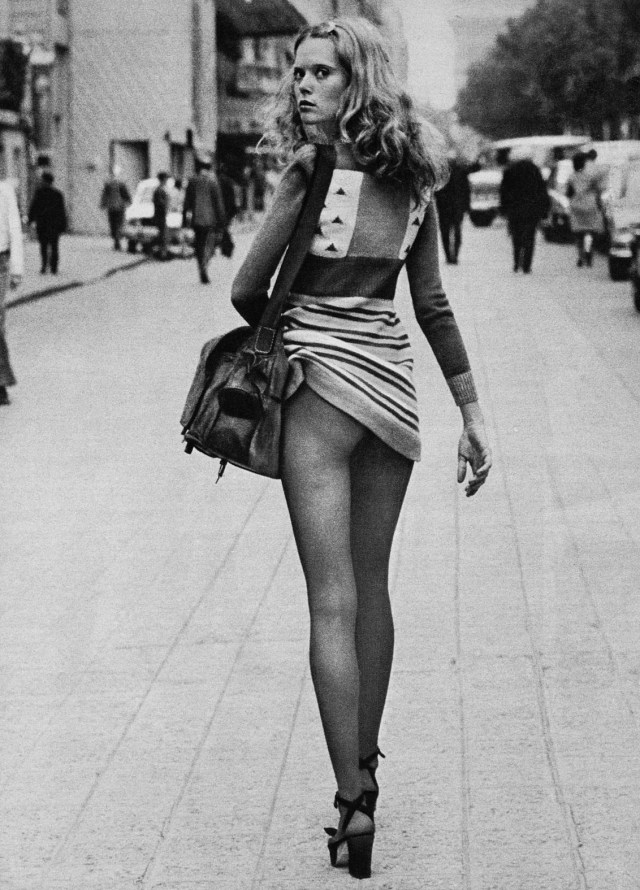 Springs published her first book in 1983, after hosting her first solo exhibition of portraits in Amsterdam, to be followed by many others throughout the years.

In the 1990s, she worked on the documentary film “Helmut by June” for the French TV channel Canal Plus, followed in 1998 by the couple’s iconic photographic series “Us and Them,” which became the subject of a tome and later transformed in an exhibit touring worldwide. The project included the Newtons’ intimate self-portraits and mutual ones, in addition to images of numerous celebrities.

“June was a great artist and the driving force behind Helmut. She was his muse, partner and inspiration, all the way. She had taken a step back to make him shine. Her choice to be Alice Springs – photographer and film director – says it all. June is an example of freedom, independence and love,” said 10 Corso Como founder Carla Sozzani, who hosted a leg of the exhibition in 1999 at her location in Milan. Incidentally, the gallery also showcased a retrospective on Springs’ work in 2012. 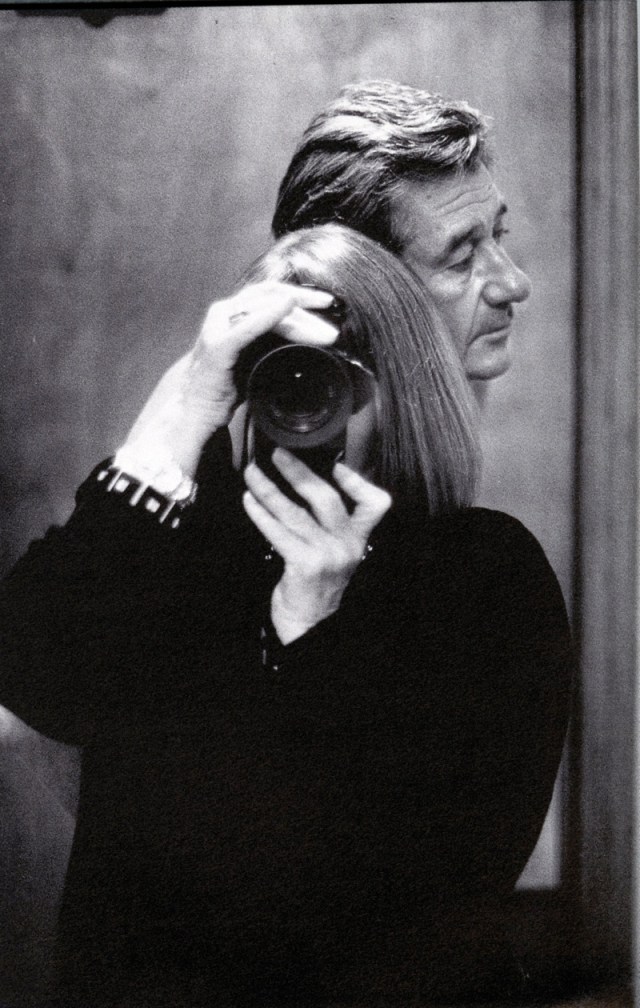 Over the last decade, other solo exhibitions were held at Kestnergesellschaft in Hanover, Germany, in 2011 and at the Maison Européenne de la Photographie in Paris in 2015, in addition to shows bowing at the Helmut Newton Foundation in Berlin.

In particular, Springs was tasked to complete the construction of the foundation after Newton died in January 2004 due to a heart-attack while his Cadillac sped out of control from the Chateau Marmont driveway and crashed into a wall. Housed in a former Prussian military casino in the historic center of West Berlin, the location was unveiled that summer.

Ever since then, Springs enhanced the museum by showcasing not only her and Newton’s work but also exhibitions of key contemporary photographers.

The foundation’s director Matthias Harder revealed that on the occasion of Springs’ 100th birthday in June 2023, the location will host a new major retrospective dedicated to her.