Rather than encourage holiday shopping, Jussara Lee welcomed friends and clients to her Bedford Street store for a holiday mending party. 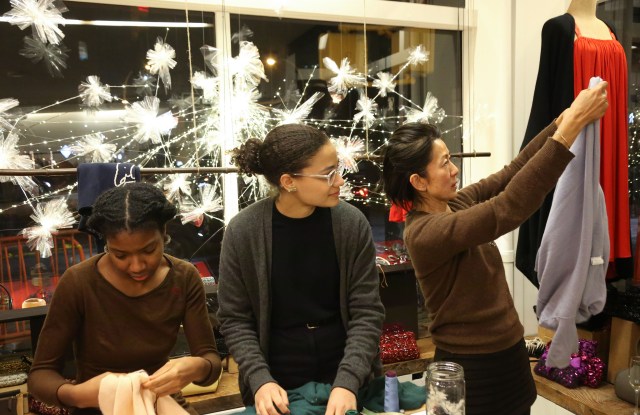 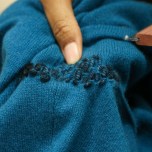 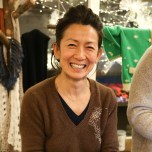 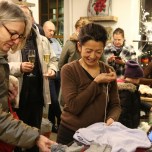 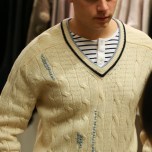 Thursday night’s chill made the after-work crowd in the West Village move a little faster, whether rushing to restaurants or shopping on the street for Christmas trees.

Jussara Lee celebrated the season in her Bedford Street boutique in a more original way with the company’s first holiday mending party. Guests were greeted in the tiny shop with generous flutes of Champagne, but actual shopping was not encouraged. Armed with sweaters, scarves and coats in need of a little repair, guests chatted about travel plans and swapped detailed recipes while seamstresses retooled their favorite pieces. As a result, the store’s few racks of repurposed slip dresses, tailored jackets and cashmere sweaters were largely untouched by guests more focused on their past purchases than current ones.

Kelly Troester, world co-head of editions at Phillips Auction House, arrived with a vintage fuchsia Giorgio Armani coat from the Eighties or early Nineties that had a friend had given her. With a few little thin spots caused by moths, the coat hadn’t gotten a lot of wear. “I’ve worn it out on the street but I’m always so self-conscious that someone is seeing it and saying, ‘Oh, there is some damage,’” she said. “But I’ve loved it so much I’ve never wanted to throw it out. This became the perfect opportunity to show Jussara to see if we can decorate it and embellish it.”

Waiting to hear what Lee and her team suggest, Troester said she did like the option of hand-stitched constellations. “I love stars and I love the shapes so that could be a really nice answer. It’s not like these areas need to be gathered together. They just need to be a little decorated,” she said. “I have to say that during the day, this thing just radiates. I think it is the most different shade of pink. And it’s very comfy. I think it’s wool but it almost feels fleece-y.”

Another guest, Ahuva Hollander leaned over a small wooden table where two design assistants were adding “the Japanese stitch,” artistic contrasting stitching, to two of her pastel cashmere sweaters. “I like creative forces. I believe that we should not throw anything out. We should reuse our own pieces. It’s good for the environment and you can really push some greater ideas and goals.” An occasional visitor to the shop, she said she wanted to support Lee, who had taken Hebrew classes from her.

Holiday shopping was not part of her plans. “Hannukah is my holiday and we don’t give gifts,” Hollander said.

Across the room, another partygoer, Kerry Sulski was about to leave empty-handed, having also taken a presents-free approach to the season. “My good friend is friends with Jussara and she mentioned this mending party and I just thought, ‘That is the most original holiday party that I’ve heard of and it’s very cool.’ I don’t have anything to mend but I wanted to come and check it out to see what’s happening,” she said.

Sulski said she probably would have purchased some of Lee’s repurposed clothing or accessories, had she not gone to the Gary Graham sample sale earlier in the day. “I cannot buy anything else. But now that I know about this designer [Lee] I will definitely come back,” she said.

This time around her family agreed not to buy presents for each other except for her five-year-old son. Their generosity will be returned “just with framed photographs.” Sulski said. “That is more creative and I am very happy about that.” Her son had also embraced the night’s theme, buzzing around the West Village Street store with a makeshift mustache of colored threads.

In addition to the two women who were making on-the-spot repairs, Lee’s main seamstress was hard at work on the lower level. Guests — men and women — took it upon themselves to thread a needle to work on cashmere scarves and other items they had brought. In total, about 25 sweaters were brushed, stitched or repurposed with the more rushed New Yorkers, preferring to leave their items behind to be picked up Friday. Repairs were running $10 per hole. There were also a number of clients who preferred to do their own mending, plunking down in the shop’s chairs with their own threaded needles and imperfect sweaters and scarves.

Others treated their pilled cashmere sweaters with delicate combs and brushes Lee bought from The Laundress. Meant to be a fun way to celebrate sustainability, the holiday mending party resulted in 14 purchases. But shoppers left with upcycled shopping bags that had been made from used Whole Foods or Trader Joe’s paper bags donated by clients. Lee’s team and interns then used them for her own signature pattern with the help of overstocked packing tape. They also created some for this month’s Teens for Food Justice gala. Even the store’s coat hangers are recycled, using old garment bags to encase leftover fabric scraps. Assistant manager and social media director Tenzin Shamphel said, “That’s the fun thing here. There is a little story behind everything.”

Very pleased with the turnout, Lee said, “It seems like everybody has the same needs that I do. I thought, ‘You know, people don’t really need to buy stuff.’ It was more about cherishing the stuff that you already have. It just needs a little…”

Although she hasn’t been approached by any major companies about how they might adopt similar sustainable concepts. Lee said, “Actually, I’m happier if people get inspired and mimic the same sort of idea. It’s mostly been clients, but God knows where those ideas go — maybe, maybe.”