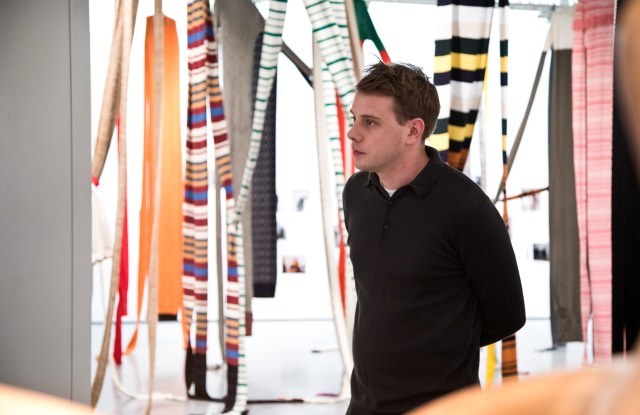 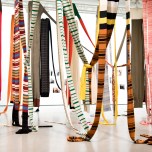 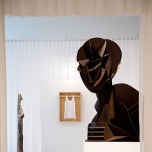 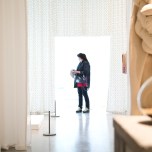 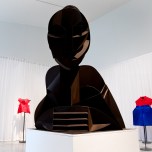 WAKEFIELD, England — The body — distorted, and reimagined — has been on designers’ minds of late with Christopher Bailey taking the curvy sculptures of Henry Moore as inspiration for Burberry’s latest collection and Rei Kawakubo crafting bulbous shapes and Picasso-like curves for her fall Comme des Garçons show.

Jonathan Anderson has been pondering the human form — and others shapes, too — for a show of fashion, art and design that opens on Saturday in a Yorkshire, England art gallery. “Disobedient Bodies: J.W. Anderson Curates the Hepworth Wakefield” is the designer’s take on clothing and the body as sculpture; the conversation between art and fashion; and an homage to some of his favorite fashion figures, including Yohji Yamamoto, Kawakubo, Jean Paul Gaultier, Issey Miyake, Helmut Lang and Christian Dior.

“It’s the most exciting thing I have ever worked on,” Anderson enthused during a walk-through Thursday. “Who would have ever thought that Helmut Lang harnesses could hang in Barbara Hepworth’s museum?” he said, pointing to a lineup of spare, stringy tops hanging across from a spindly Louise Bourgeois sculpture (a cast of the artist’s stretched-out sweater) and a red zigzag Gerrit Rietveld chair. Anderson wanted that particular space to be about “reducing things to a single line.”

Anderson said he’s relishing all the connections, disconnections and juxtapositions on display. One of his aims, he said, was to remove the body from the garment and allow the viewer to see it for what it is, and highlight its tactile and sculptural qualities. Another aim was to show how much sharing and referencing actually goes on when he designs a collection.

“Fashion has this anxiety about ownership,” Anderson said, admitting he doesn’t share any of that angst. “Fashion is about interchanging, sharing and referencing. It’s culture, and we have to embrace that.” Pointing to the black Neoprene tops, and to the matching black vessels that inspired them, he said: “I wanted clichés. Sometimes, it’s fine to be literal — or not. Designs should have a reference. Why not?”

Stephanie Macdonald of 6a Architects designed the show with her business partner Tom Emerson. She said they were thinking about conjuring “a cocktail party with different conversations going on,” some of them awkward, others taking flight.

Although there’s a big emphasis on space, shape and the tactile qualities of the pieces, touching is off-limits. To help those who can’t resist running their fingers over the fabrics, Anderson has dedicated a whole room to knitwear: Sleeves as long as firemen’s hoses dangle from the ceiling and puddle on the floor, as do multicolored skinny sweaters and scarves, all of which were made with old J.W. Anderson inventory.

They’re meant to be touched, pulled on, or tied up in knots, said Anderson. He worked about 1,000 meters of dead fabric stock from his own archive into the show. Who knew he had bunny-print corduroy fabric hanging around? That particular fabric was turned into curtains for one of the gallery rooms.

Most of the pieces from the show were borrowed or specially commissioned — as in the Gaultier cone dress done as a reclining classical sculpture. About 20 percent came from the Hepworth Wakefield archive.

“The Giacometti was a nightmare to get,” Anderson noted.

The lender, the University of East Anglia, needn’t have worried, though. Giacometti’s “Standing Woman” will be in good company, amused — and possibly inspired — for the next three months as she spends her time gazing at the Louise Bourgeois sweater and those Lang harness tops.

The show runs until June 18.