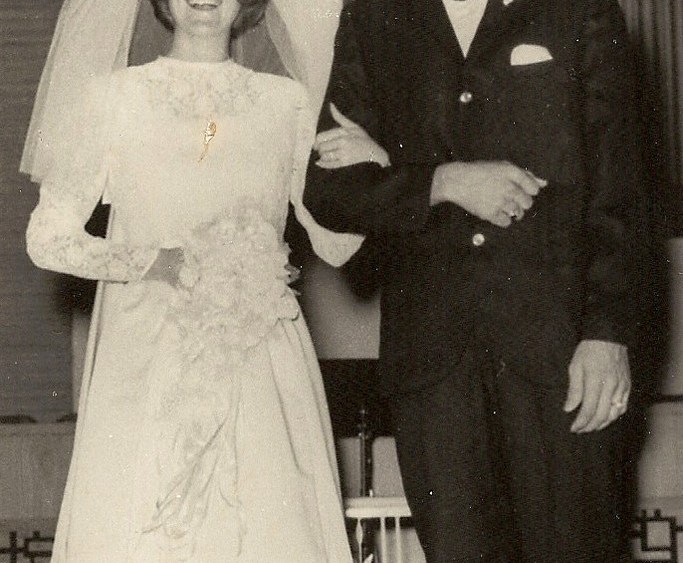 Kambri Crews is pretty, well-put-together, intelligent and articulate, a successful comedian and business owner — not someone, in short, whom one would assume grew up in an impoverished family, the daughter of two deaf parents, her father an alcoholic. Crews’ father, Ted, is now serving a 20-year sentence in a Texas state prison for savagely attacking his girlfriend Helen in 2002, almost decapitating her. In 1988, he had tried to kill her mother, Christy — something that Crews witnessed.

Ted, who was handsome and very bright, had an enormous chip on his shoulder about the isolation of being profoundly deaf and about the fact that he had spent much of his childhood and his adolescence exiled from his hearing family at a deaf school. At one time, he was an inventive man who built the house where Crews grew up, and mobilized his neighbors to construct a bridge in remote Boar’s Head, Tex. But he became an alcoholic who was frequently violent and totaled every car they ever owned. During much of Crews’ childhood, however, the warm circle of the deaf community — which her mother, her aunt and her maternal grandparents belonged to — was also a big part of her life, and Crews often interpreted for her father and grandparents in interactions with the hearing world. There were deaf clubs for many things, including bowling groups, and her mother, an excellent bowler, always won the women’s tournaments. Now Crews has written a memoir, “Burn Down the Ground” (Villard), about her unusual upbringing.

After working as a banker and a personal assistant to a lawyer, Crews, 40, now runs her own p.r. and production company, which specializes in comedy, and she has appeared at the Upright Citizen’s Brigade, The Moth and SXSW Interactive. When asked what her formula would be for creating someone who can emerge seemingly unscathed from an extremely difficult background, which has some parallels with the one Jeannette Walls described in her remarkable memoir, “The Glass Castle,” Crews says with a laugh, “Man, if I had the real answer for that, I could make a million dollars.” Her brother David, however, lost years to drugs. But she adds that her mother, who was able to hear with two hearing aids, was much more stable than her father, and she remarried and has recently retired after years of working at Halliburton. Christy always stressed being polite and behaving correctly. “She is very proper,” her daughter says. “She was very cognizant of good manners, and always made us sit up straight.”

When she learned about her father’s attack on his girlfriend, Crews told her mother she might testify against him, but Christy said that she would do it herself. Although she was a witness for the prosecution, in her testimony she emphasized how talented and imaginative her ex-husband had once been. “She didn’t have a very vivid recollection of that night [she was attacked],” Crews says. Her mother had stayed with Ted much too long, for 22 years, and the physical and mental abuse had been going on for quite some time. The worst episode “was probably not that remarkable to her,” Crews notes. “But it was as if the ground was pulled out from underneath me.”

Her mother, like many abused women, had always covered for her husband. “Your spidey sense goes off,” says Crews, when asked if she realized what it probably meant, when, for instance, she saw her mother with a black eye. But she admits that she didn’t consciously know that she was being lied to. Her father’s reaction to the testimony? “He said, ‘I don’t know why she lied on the stand about 1988.’ He tells a lie so many times that it becomes truth to him.”

As her mother told her, she writes, “‘If I confronted him about driving home late at night, then he’d fight with me until dawn. I remember having lots of fights in our master bathroom…He would grab me and push me to let me know that I can’t tell him what to do.’” Her father, however, only spanked Crews once when she was misbehaving.

For most of her childhood and adolescence, Crews was an excellent student. Then, out of boredom with her isolated rural environment, she let her friend Maria introduce her to the pleasures of drinking a couple of bottles of Boone’s Farm wine every weekend, and when Maria prank-called her, she prank-called her friend back — hundreds of times. With some other friends, Crews also vandalized the house of an absent neighbor. Fortunately for Crews, her mother then got a job in Fort Worth and they headed there. The phrase that is the title of the book refers to burning things down to the ground in order to start over — something her father did when they left Boar’s Head for Fort Worth. Crews got very involved in theater at her new school, and she says that this is what saved her.

Nevertheless, despite top grades, she was never encouraged to go to college, and instead married her boyfriend, Rob, before she graduated from high school. Rob, a kind man who was in the U.S. Navy, encouraged her to do a two-year course in court reporting and paralegal work, which she did. But their marriage didn’t last. When it ended, she headed for New York.

Now Crews, who is married to comedian Christian Finnegan, visits her father about once a year in Texas. Recently he came up for parole, which he is not likely to get on his first try, she notes, particularly if he doesn’t change his combative ways. On a recent visit, she saw him get into a fight with a woman attendant. “He was smacking his hand close to her face,” Crews says. “You could see all that rage. It was kind of a banal event, but she said, ‘Please tell your father to calm down.’”

An inmate of a Texas prison who has lost most of his teeth is not entitled to have the rest pulled and to be fitted for dentures unless it can be proven that his current dentition is making him develop malnutrition. Crews’ father has lost many teeth. She contributes monthly to his canteen account, and she also hopes to arrange for him to get those dentures, even if she has to pay for them herself.