Her plans to head to the polls at 6 a.m. didn't stop Donna Karan from reveling way past her bedtime Monday night. 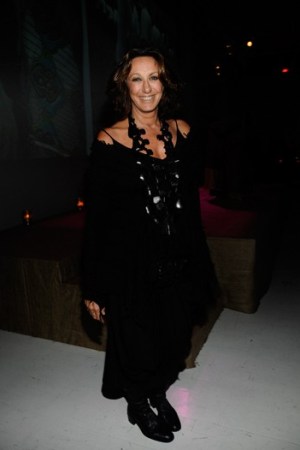 Her plans to head to the polls at 6 a.m. on Tuesday didn’t stop Donna Karan from reveling way past her bedtime Monday night at the benefit she held at the Stephan Weiss Studio.

The hostess said she and Streep were longtime friends. “I know her  woman-to-woman,” said Karan in her trademark New Age speak. “I’ve followed  her on that journey.”

Streep, meanwhile, was a bit more specific, reporting the two made each other’s acquaintance in 1996, when Karan dressed her for the Oscars. “The dress came wrinkled, so I put it in the shower [to steam it],” recalled Streep, who was nominated that year for her role in “The Bridges of Madison County.” “It grew about four feet.”