From Madison to the Moulin Rouge: Karen Olivo Brings Satine to Stage

Karen Olivo, who follows in Nicole Kidman's footsteps as Satine in the Broadway adaptation of "Moulin Rouge," was set on living a regular life in Wisconsin when the show came calling.

“I wanted to do more regular things,” says Karen Olivo. After spending years living the glitzy bicoastal life of a stage actor, Olivo had settled in Madison, Wisc., where her husband and his two children were, and was teaching theater studies at the University of Wisconsin and Northwestern University in Illinois. Then along came “Moulin Rouge,” and the concept of “regular” sort of went out the window.

Today, Olivo sits in her dressing room at the Al Hirschfeld Theatre, where “Moulin Rouge,” one of Broadway’s most anticipated productions, has recently opened. It’s shortly before her lift call, where she will rehearse the various lifts she performs with several dancers over the course of the evening, and she’s resting up. (Her platform heels have come off and she’s curled on her small couch, cross-legged.)

Olivo never saw herself in “Moulin Rouge.” She was in Madison when a friend from New York called to say preliminary readings for the show were taking place, “and I remember thinking, ‘There’s not a part for me in that show,’” she says. Now she plays Satine, originated by Nicole Kidman in the Baz Luhrmann movie, and initially the physical differences between her and Kidman deterred her.

“What I find in our business is that usually people try to pick something that is closest to what they were looking for initially, and then build off of that,” she says.

Even when she got the call expressing interest, she assumed they were mistaken. 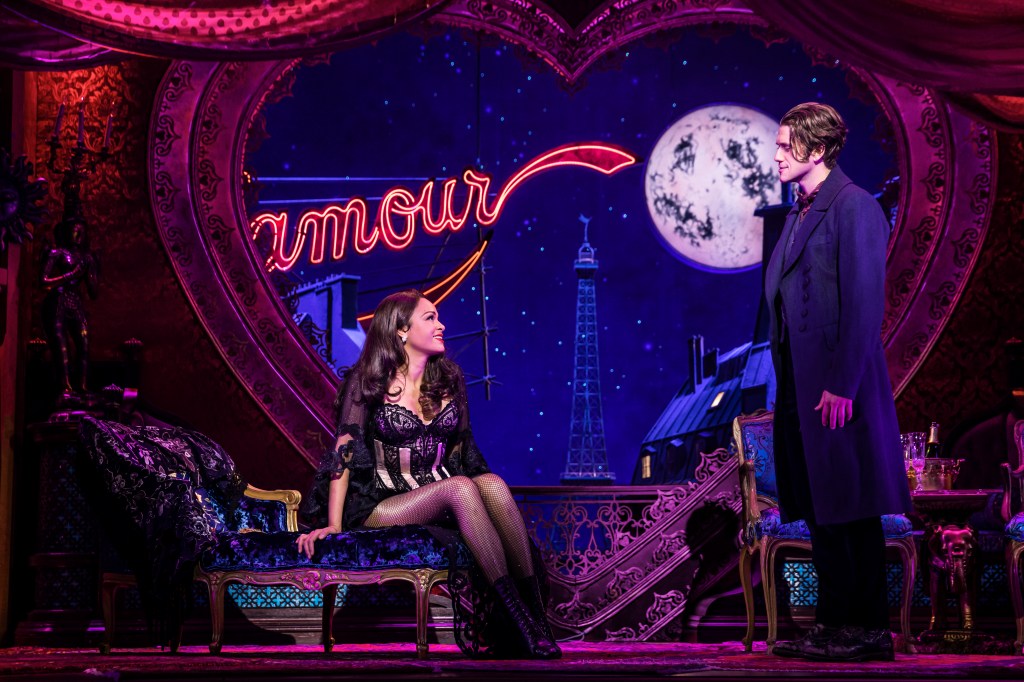 Olivo, who just turned 43, grew up in the South Bronx, N.Y., until the family of six moved to central Florida when she was eight.

“We were in the South Bronx in the Seventies, so it was not great,” she says. “We were very religious at the time, and a lot of the girls in high school were coming out pregnant very young. And being very religious, [my parents] thought, ‘This is obviously not the place to bring up our girls.’”

She says she’s always led the life of an artist; her father was a director and her mom a stage manager. Growing up it was easier for her to tag along than for her parents to find a nanny, so she’d often end up onstage.

“If my dad could see me on stage, he knew I wasn’t getting into anything,” Olivo says. She was eight when she performed her first monologue. “All of these adults were staring at me and they were just mouths open and focused on me. And I was like, ‘Wow, this is power. I’m a child and adults are listening to me, unlike any other time in my life.’ And I thought, ‘Why would I ever want to be anywhere else?’”

Olivo has been building her Satine for more than two years. (The show began with a six-week lab on the Lower East Side before moving to Boston for roughly 30 performances before Broadway.)

“My Satine is a survivor against all odds. I mean, she comes from nothing, really had to sort of literally crawl out of the alley to get to where she was,” Olivo says, noting the contrast between her version and the movie’s. “The character that Nicole Kidman played, she just wanted to get out of the Moulin Rouge so she could be an actress. And I’m the exact opposite: I’m trying to keep the Moulin Rouge’s doors open, and I’m trying to stay as long as I can, which I think is really beautiful. And I think it’s a beautiful sentiment for nowadays: creating community where it’s unlikely, people that become family members, from all different walks of life.”

The Broadway production also differs from the movie musically — the score is an updated take using recent hits from artists such as Katy Perry, Rihanna and Lady Gaga. The familiarity and approachability are selling points for many of the show’s ticket buyers — but for the woman singing them, they were mostly new songs.

“To be very honest with you, I am not a popular music sort of person. I still listen to the things that I listened to in college,” Olivo says. “I like Depeche Mode and Dave Matthews Band. I had to learn most of the songs for the show.”

These days, Olivo ends her nights with a wind-down cuddle session with her one-and-a-half-year old Malti-poo puppy, Eddie. She’s drained, yes, but creatively is relishing in the exhaustion.

“There’s something that’s really great about being fatigued after you start, when we’re working this hard,” she says. “You get out of your head, you don’t second-guess choices, you just start doing things, and that leads to all of these incredible discoveries that then you can use later on.” 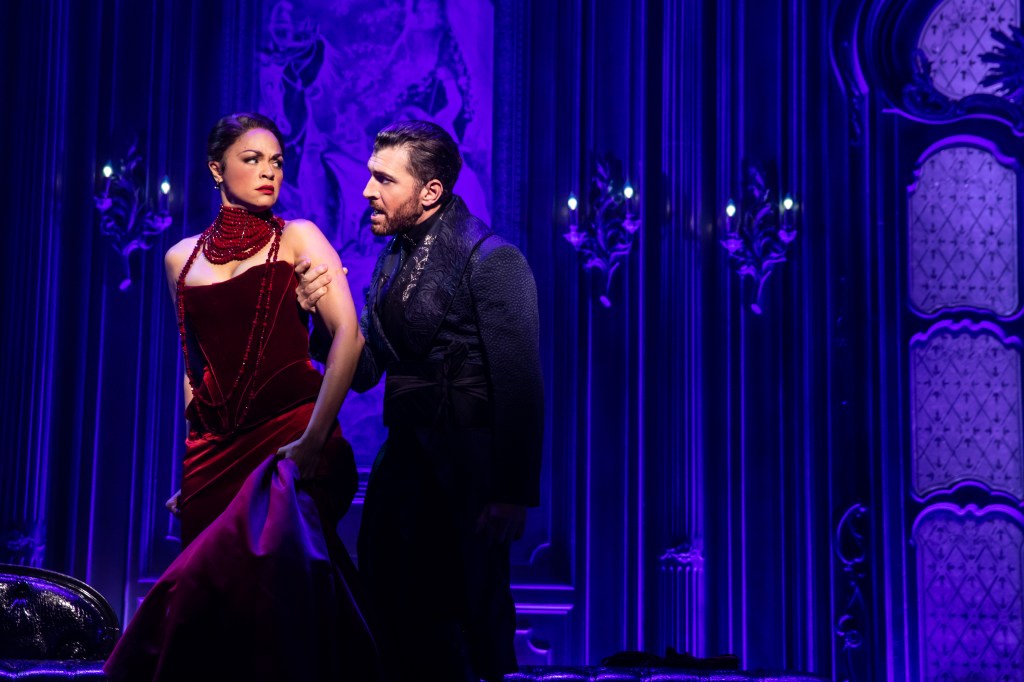