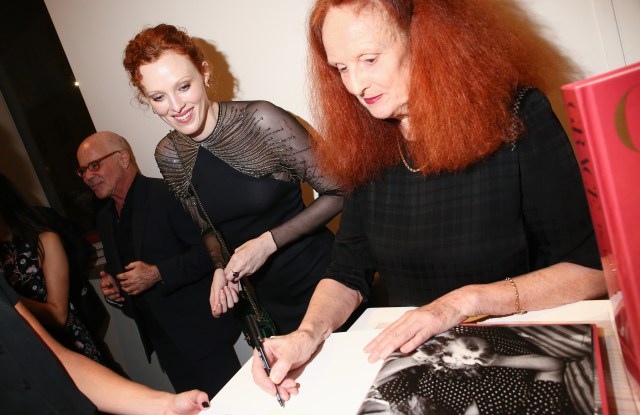 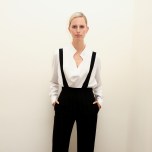 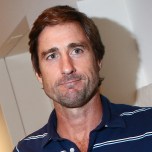 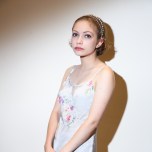 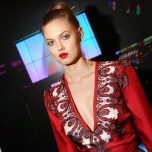 The neutrals were out in full force at Calvin Klein on Monday night.

Models, photographers and Anna Wintour showed up at the brand’s Madison Avenue location — mostly in tones of black, white and gray — to toast the launch of Vogue creative director at large Grace Coddington’s latest book, “Grace: The American Vogue Years.” Coddington spent the entirety of the night signing the $175 books for her fans, including model Karolina Kurkova, who made it just before the event ended.

“Grace is a big part of my career,” Kurkova said. “When I started, my first Vogue photo shoot and my first Vogue cover [were] actually with her, so she’s been very much a part of my career…It’s amazing. For her, it’s putting all her work and her experiences in a book, [and] for me it’s beautiful to have in the house and have the dedication and have her sign it. One day when you’re 80 years old [you’ll] go through the book and say, ‘Oh, I worked with Grace.”

Other notable guests included Adwoa Aboah, Saskia de Brauw, Constance Jablonski, Karen Elson, Leigh Lezark, Michael Avedon and Tavi Gevinson. Actor Luke Wilson stopped in too, but it was unclear whether he was there for the event or not.

Signing away for upward of two hours, Coddington wasn’t in a rush to retire for the evening. She approaches career retirement in a similarly unhurried manner. Now 75, her plans for the future mainly include more work. “I’d keel over and die if I retired,” Coddington said. “I think to keep working gives you an energy…I’d like to always have some project. I may do less, and then a bit less, and then a bit less, but I won’t do nothing.”

And since she moved out of her previous position with Vogue, Coddington has taken on many projects, including the book, a campaign for Calvin Klein that she appears in, and a fragrance — Grace by Grace Coddington — for Commes des Garçons.

“It’s superexciting to step outside your comfort zone and do something that you don’t know anything about,” she said. “That’s exactly what I want to do. I want to experience lots of other things besides just being a fashion editor.”

“I’m kind of slow at taking on a challenge because I want to be sure that my heart’s in it…there’s several things that are in the pipeline, I just haven’t signed anything yet,” Coddington said. Her interest in beauty projects persists. “It has to be something that I do, so that way I feel it. I’m not a big makeup person but lipstick I love. Lipstick I’m considering.”

Film, too, is on the table, as are further illustration books (her first, “Catwalk Cats,” was released in 2008). “My memoir has been bought by A24, the production people, but it hasn’t gotten very far yet,” Coddington said, adding that she would want to be very involved. “If it’s a movie of my life I don’t want them to make me into someone that I’m not — a big glamorous person that I’m not…I am not a big glamorous person. I hardly ever go out — book signing I’ll go out for, I go out during fashion week to the shows, but you don’t see me at too many parties…I spent the summer in my house in Long Island and I actually barely went outside of my garden.”