Kate Mara Talks ‘Man Down’ and Working With Shia LaBeouf

The actress says she likes "scenarios that are challenging for me to relate to." 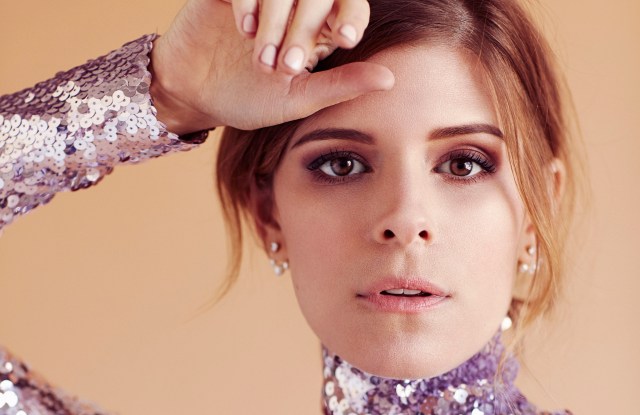 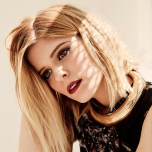 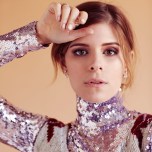 Kate Mara likes a challenge. At 33, she’s played an artificially created being (“Morgan”), a reporter who will do anything for a good story (“House of Cards”) and the Invisible Woman (“Fantastic Four”), among other roles. Versatility is a muscle Mara flexes constantly, whether in her fitness routine — a mix of pilates, ballet, running, boxing and “a bunch of other stuff” — or in her acting career.

“I like scenarios that are challenging for me to relate to,” Mara says while driving to her pilates class in Los Angeles. On Friday, “Man Down,” a film about a former U.S. Marine named Gabriel Drummer, played by Shia LaBeouf, will make its debut on the big screen. In it, Mara plays Natalie, a nurse, mother and Gabriel’s wife.

“The idea of having your husband go fight for your country and go to war in danger like that, it’s something so massive and it’s something that so many people deal with and go through and I respect it so much,” Mara says. The ambitious actor in her was attracted to the part because of the complex dynamic between Natalie and Gabriel — their love, the complications they face when he goes to war, what it’s like when he comes back, how it affects their child. But the fan in her was attracted to the idea of working with both LaBeouf and director Dito Montiel.

“I met [Montiel] years ago because I was a fan of his first film that he did with Shia called ‘A Guide to Recognizing Your Saints,'” Mara says. “I wrote him a letter a long time ago saying like, ‘I’d love to work with you at some point.’ So he met me for a coffee and we kind of just stayed in touch over the years. And then he e-mailed me about this movie that he was making with Shia and really before I even read it I was so, so excited about the idea of it because Shia is one of my favorite actors and I’ve always wanted to work with Dito. So it was just a plus that I enjoy the role and the relationship between the two [characters].”

Mara thinks rather highly of LaBeouf — so much so, she refers to him as “one of the best actors of our generation.” LaBeouf has made headlines in recent years for acting erratically in public, but Mara shares a different side to the actor that not many are privy to seeing.

“I have yet to meet an actor that cares quite as deeply as Shia LaBeouf does,” she says. “He does everything 100 percent, all the time. It’s all or nothing for him and I know that that can be quite controversial for people, but in my experience, it was a really remarkable thing to see and to be a part of.”

Her role in “Man Down” caused Mara to tap into feelings of pain and anxiety, “but I loved exploring that,” she says. Though she plays the wife of a Marine in “Man Down,” she’ll play a Marine in an upcoming movie titled “Megan Leavey.” Based on a true story, “Megan Leavey” is about the relationship between a Marine stationed in Iraq and her K9. Mara, who developed a personal relationship with the real-life Leavey before production, calls this role her most challenging yet.

“Most of the films and projects I do, I try to only do them if they feel somewhat important to me in one way or another,” she says. “But this one specifically felt really special to me because of the subject matter and the girl that I play, Megan Leavey, was very much involved. We became friends before I started doing the film. I had a really special experience.”

Mara has just wrapped two more movies. The first, “Chappaquiddick,” is based on the fatal Chappaquiddick incident involving Ted Kennedy and Mary Jo Kopechne. Mara plays Kopechne. The second is called “Mercy,” which Mara starred in and produced alongside Ellen Page.

“It’s this really beautiful love story that we found about a year and a half ago and decided that we wanted to produce it together and star in it together,” Mara says. “It’s my first producing job which was a really amazing experience and it’s with one of my best friends. So we’ll see what happens with that one. We’re in the post-production stage.”

But before any of these projects reaches the public, there’s something more pressing: football. For those unaware, Mara is the great-granddaughter of New York Giants founder Tim Mara and Pittsburgh Steelers founder Art Rooney Sr. Football is — and has always been — a major part of her life.

“Tonight, the New York Giants are playing,” she says, gearing up for the Nov. 14 game against the Cincinnati Bengals. “I can’t wait for 5:30 to roll around.”